Very solid at scrum time, consistently driving the Japan pack backwards. Made a really good impact with ball in hand and got through an impressive amount of work at the breakdown and in defence. 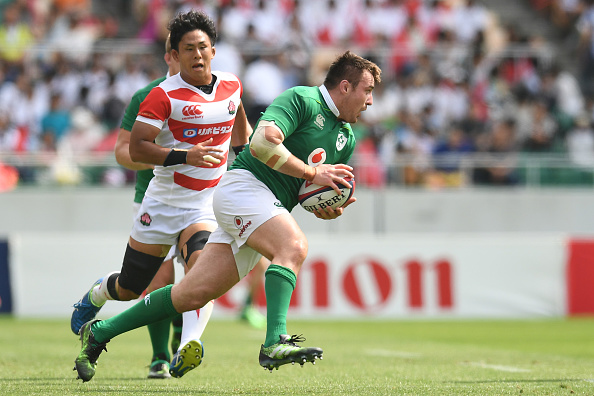 Very accurate at the lineout which gave Ireland several valuable attacking opportunities. Carried really well and made several tackles. Played a key role in some of the Irish tries with some excellent play in the loose.

Also put in a very solid shift at scrum time, causing his opposite number a host of problems. Carried well throughout apart from a couple of unfortunate knock ons. Stood up in defence when required and showed good work rate at the breakdown.

Put in a really solid shift both at the breakdown and in defence. Got through a huge amount of dog work behind the scenes which provided Ireland with quick ball time and time again. Provided Scannell with an excellent lineout option which he used consistently during the game.

Toner acted as a fantastic lineout option for Scannell to hit throughout the game. Put in a huge shift defensively and made an exceptional break in the second half which will no doubt live long in the memory for Irish fans.

Carried really powerfully throughout the game causing the Japan defence a lot of problems. Got through a huge amount of work at the breakdown and secured some vital turnovers for his side which provided excellent attacking opportunities. 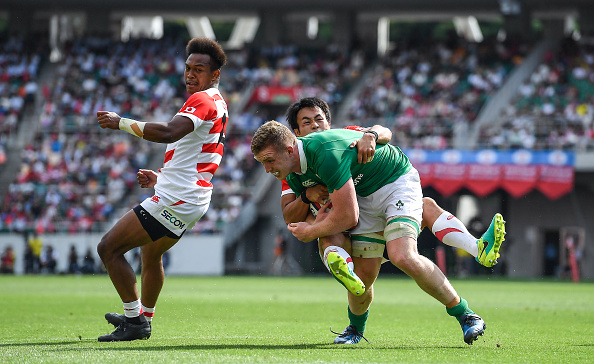 Got through a huge amount of work both at the breakdown, and in defence. Carried extremely well and had his efforts rewarded with two tries in quick succession in the first half. One of the stand out performers in the Irish pack.

A real contender for man of the match. Yet another masterful performance form the number 8 who continues to really throw himself into contention to be a permanent fixture in the international side. His incredible efforts were rewarded with two excellent tries.

Another really mature performance from the young scrum-half. Dictated the pace of the Irish attack masterfully and marshalled his back line impressively. His box-kicking was accurate, as was his passing. He continues to show himself as an excellent long-term option at scrum-half.

Good afternoon for Paddy Jackson. He kicked really well out of hand and recorded a 100% success rate from the tee. Played a vital role in several of the Irish tries and acted as a key link between forwards and backs. 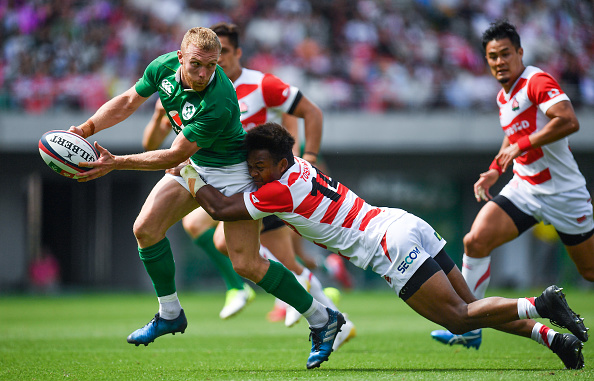 Earls was at his very best today, he was menacing in attack and caused Japan problems all day long. Earls made a total of 4 clean breaks getting two assists and scored twice.

Scannell impressed around the park and helped Jackson orchestrate the attack contributing to the mammoth score line. Scannell even managed to slot a difficult conversion right at the end to complete an all round solid performance.

Ringrose was class today; he had a 100% tackle success rate and managed to get himself a try after some fresh footwork.

Although it was a strong Irish performance it wasn’t Conway’s strongest. The winger only had a 67% tackle success rate.

Zebo failed to make any noticeable impact on the game and went off at half time.

O’Halloran made a positive impact once he game on most noticeably through his kicks out of hand. He showed pinpoint accuracy when clearing his lines and made some impressive tackles to keep the Japanese attackers at bay.

Treadwell won his first cap today and it was one to remember, as he looked very sharp. The line out functioned well and he was a menace at the breakdown, what an exciting prospect he is.