With the All Blacks already securing the Rugby Championship title yet again, it's very easy to assume that the final round of the competition will be labelled as a 'dead rubber'.

However, it is far from a dead rubber for all four sides involved. The All Blacks will be looking to maintain their exceptional record at Loftus and will want to claim their fourth consecutive win in the Republic.

On the other hand, the Springboks will be out to claim back-to-back victories against the All Blacks since their three-game run almost 10 years ago (2009). 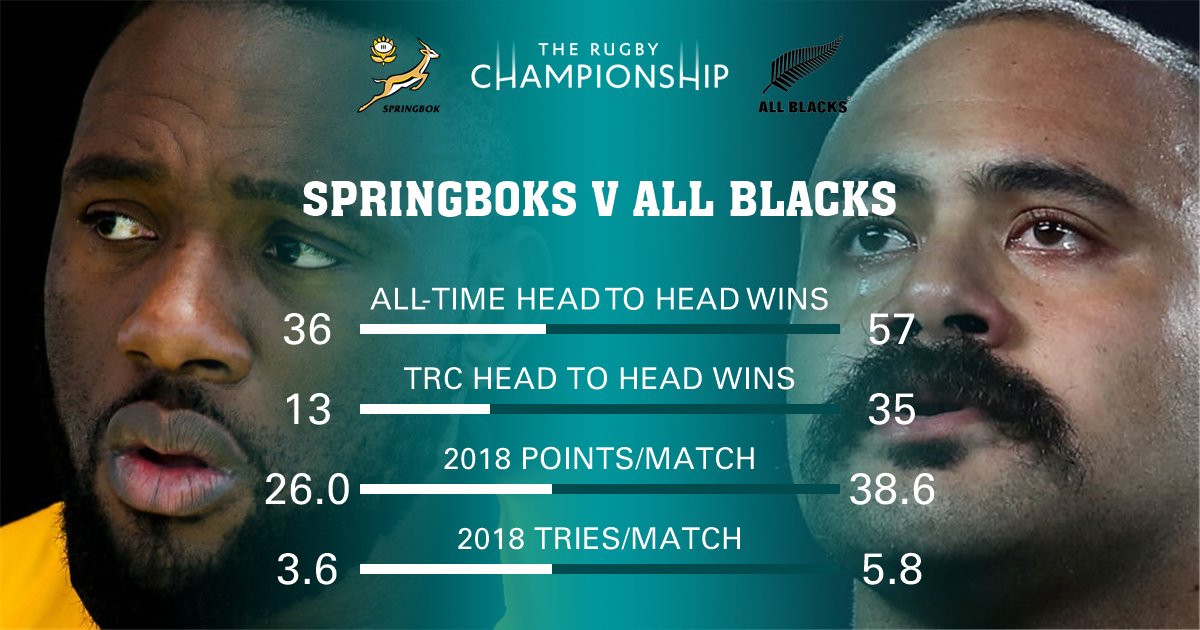 Australia head to Salta looking to avoid a wooden spoon finish for the first time since Argentina joined the Tri-Nations in 2012.

A win or a draw for Los Pumas would see them finish in third place overall for only the second time since joining the competition.

Argentina will also want to claim back-to-back wins over the Wallabies for the first time in their history following their 23-19 win last month.

Other than pride and records, World Rankings are also on the line this weekend as South Africa have the opportunity to jump two World Rankings to move above England and Wales into third place.

However, Rassie Erasmus' side would need to be the All Blacks by at least 15 points.

Michael Cheika's side will also be looking to avoid a further slide down the rankings into 7th place. A loss for the Wallabies would see them slip below Argentina for the first time in 10 years.

A big win in Rugby Championship this weekend could see @Springboks move above @EnglandRugby and Wales into 3rd #WorldRugbyRankings....and a win for Argentina would move them above @qantaswallabies for the first time in 10 years…and up to 7th (highest ranking since April 2016)