The Brumbies have welcomed back a trio of Wallabies to their starting XV for the visit of the Lions from South Africa.

Prop Scott Sio, hooker Folau Fainga’a and lock Rory Arnold all return to the starting team for a fixture that will see scrumhalf Joe Powell play his 50th Super Rugby game for the Brumbies.

Lock Sam Carter and centre Tom Wright are the other changes to the starting team aiming to re-ignite their season with a third successive win at GIO Stadium, having claimed victories over the Waratahs and Chiefs in their last two home matches.

For the visit of the Lions, currently sitting third in the South African Conference, Head Coach Dan McKellar has an all-Wallaby front-five with Sio, Fainga’a and Allan Alaalatoa starting in the front row, locked by Carter and Arnold. Fellow international Pete Samu is at flanker, alongside Tom Cusack and the reliable Lachlan McCaffrey.

Wright returns to the starting XV to partner with Tevita Kuridrani in the centres, the duo having last linked up for the clash with the Rebels in Melbourne. Wright has been in scintillating form in the opening rounds of the Griffin Legal John I Dent Cup for his club side, Wests.

Aside from the inclusion of Wright, the backline remains the same as that who played the Crusaders with try-scores Christian Lealiifano, who will captain the side, and Kuridrani aiming to get quick ball wide to utilise the speed and finishing prowess of a lightning-fast back-three of Toni Pulu, Henry Speight and Tom Banks.

There’s an experienced look to the core of finishers that includes props James Slipper and Leslie Leuluaialii-Makin, plus hooker Josh Mann-Rea. Darcy Swain and Jahrome Brown are the other forward options amongst the five/three split with back cover provided by scrumhalf Matt Lucas, centre Irae Simone and winger Andy Muirhead. 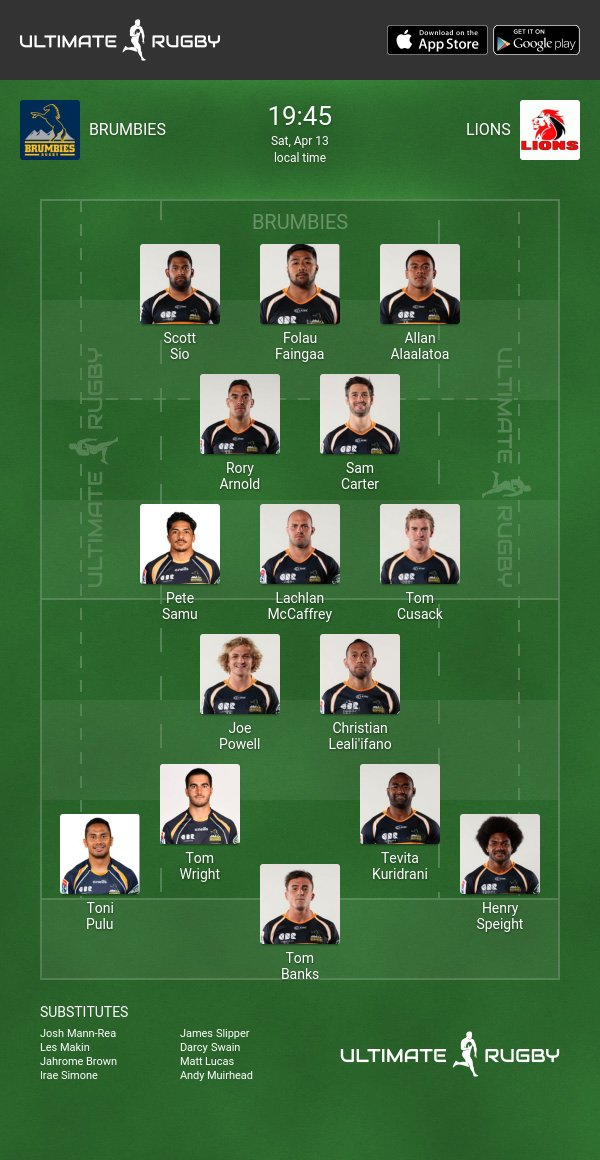