Bath Rugby will resume the 2019/20 campaign after a five-month hiatus due to the Covid-19 pandemic. Stuart Hooper’s men will be looking to return to winning ways after suffering defeat to Exeter Chiefs last time out at Sandy Park, back in March.

Captain Charlie Ewels will make his 100th appearance for the Club on Saturday as the Blue, Black and White face-up against London Irish in Round 14 of the Gallagher Premiership.

Lewis Boyce, Tom Dunn and Will Stuart make up the front row with Ewels and Josh McNally pairing at lock.

Bath Rugby introduce Ben Spencer to the starting line-up for the first time as the scrum-half makes his debut for the Blue, Black and White. The England international will link up with Rhys Priestland, who has a total of 111 points for Bath going into the final nine fixtures. 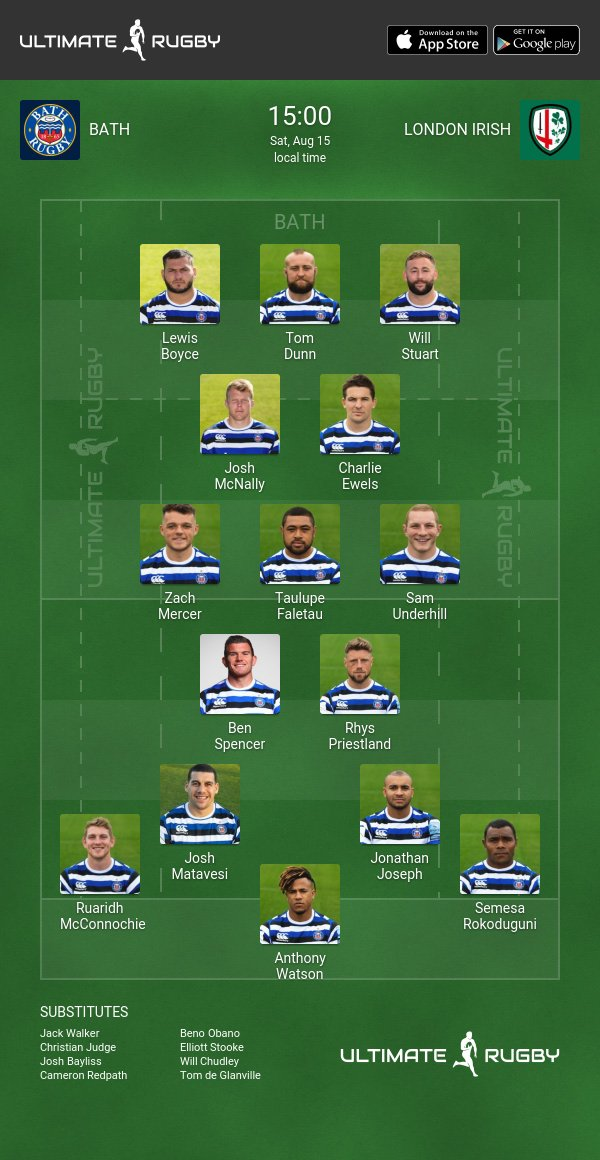 Matt Rogerson is at blindside flanker, with Seán O’Brien, who captains the side, at openside flanker. Albert Tuisue completes the pack, wearing the number 8 jersey.

London Irish Academy graduates make up the back three as Ollie Hassell-Collins and Ben Loader are named on the wings, with Tom Parton starting at full-back. 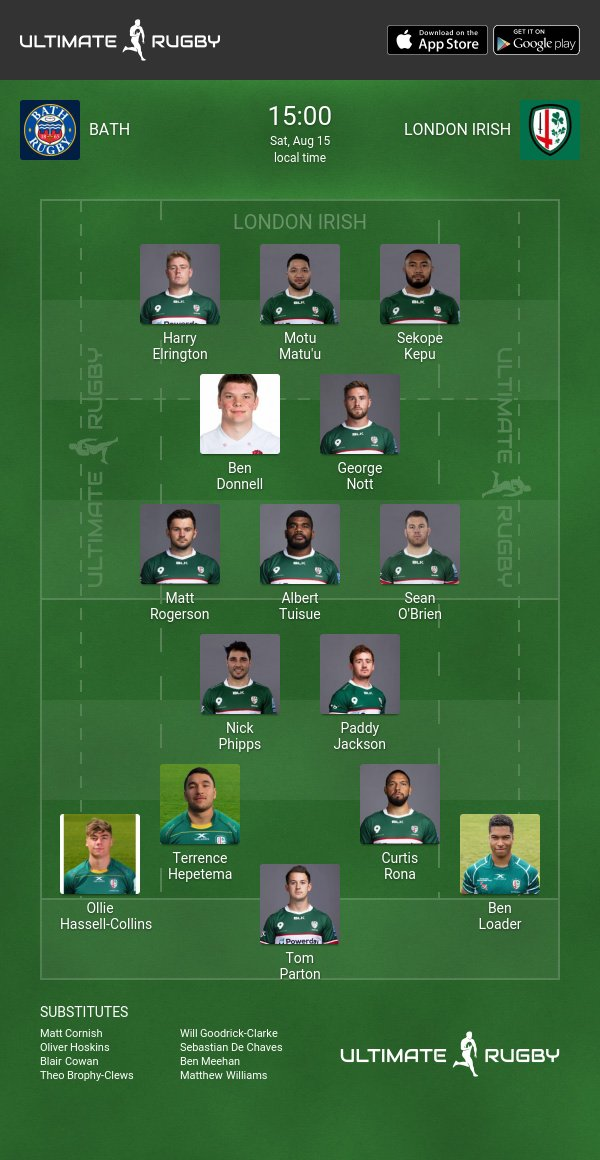