A cocktail of frustration and determination will flood the minds of Saints as they go marching into Ashton Gate to challenge Bristol Bears after the former nearly toppled log-leaders Exeter on Friday evening.

Exeter looked as if they would have the game in the bag fairly early – after running in two good tries - before an impressive fighting spirit from Saints manifested itself in a strong comeback scoring three unanswered tries to take the lead 19-14. Exeter, however, showed why they are the number one team on the standings, consolidated and clawed their way back to victory with a penalty and a third try.

Bears, by contrast, enjoyed a good win in the previous round, downing Worcester 36-13 at Sixways, after a slow first half and an energetic second which saw them run in four tries to sew the game up.

The last time Saints and Bristol met was in Round 10 of the current competition where Bears took the honours 20-14 at Franklin’s Gardens.

If the round 10 encounter is anything to go by, fans may expect an exciting clash; Saints were looking strong with a 14 point lead before two small defensive lapses saw Bears run in two tries in as many minutes to turn the game on its head and, ultimately, taste victory.

Bears will, no doubt, bring their ‘A Game’ as they look to defend their sturdy position at number 3 on the overall standings, two points behind Sale and two points ahead of 4th- placed Wasps.

Saints are currently in sixth spot, tie with Gloucester, on 41 points. 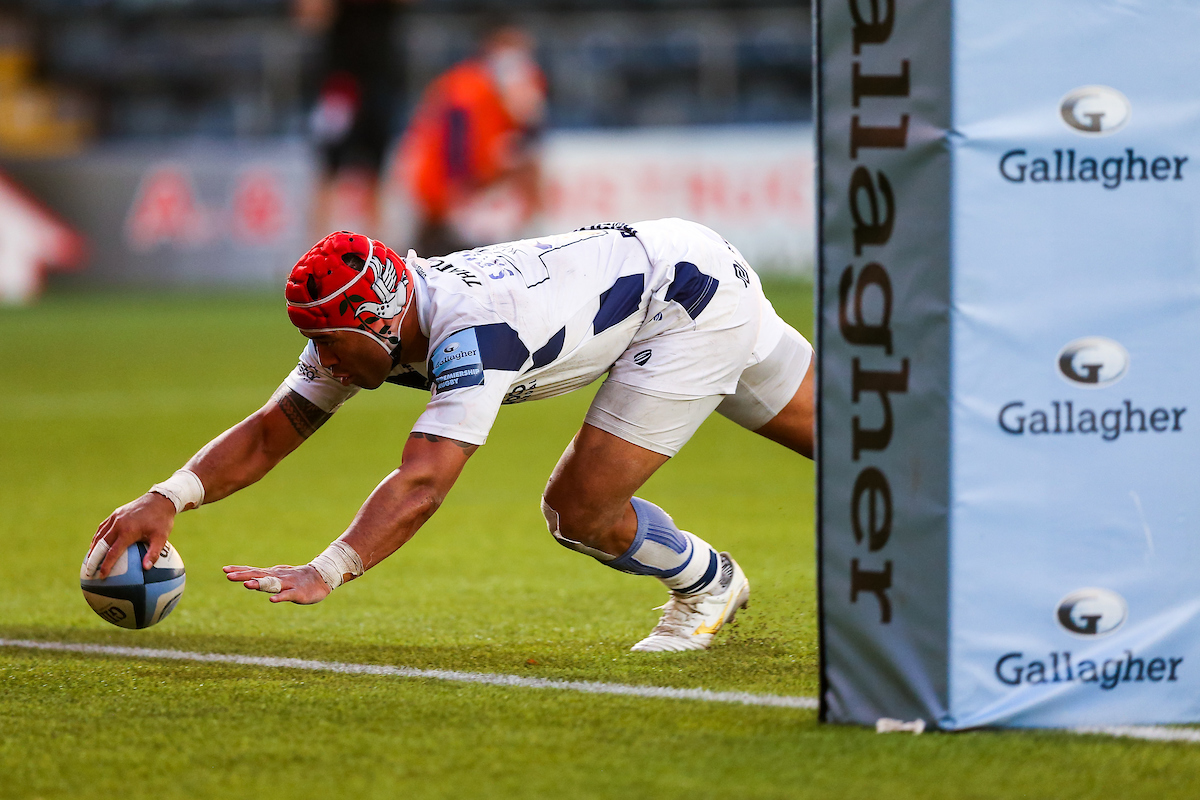 Pat Lam makes eight changes from the side that earned a bonus point win victory over Worcester at Sixways. Piers O’Conor and Alapati Leiua come into the back three, while Andy Uren is also selected in the backline. Siale Piutau is handed the captaincy for the Ashton Gate clash and is selected to start, subject to the outcome of Monday’s online independent disciplinary panel.

In the pack, Jake Woolmore and Harry Thacker are named in the front row, while Dave Attwood and Joe Joyce come into the second row. Chris Vui switches to blindside flanker, while Ben Earl returns to the starting line-up.

Chris Cook is listed among the replacements and could make his Bristol Bears debut if called upon.

Piers Francis and Fraser Dingwall line up together again in Saints’ midfield, with Taqele Naiyaravoro and Ryan Olowofela on the wings and 19-year-old fullback Tommy Freeman completing the back three.

Scrum-half Tom James – signed this summer from Doncaster Knights – will start for Northampton for the first time and will hope to pull the strings alongside James Grayson, who wears the No.10 jersey.

Alex Moon and Nick Isiekwe are selected in the second row with flanker Lewis Ludlam leading out the side in Bristol as captain – the England international is joined in the back row by Jamie Gibson and Shaun Adendorff.

A young bench sees wing Josh Gillespie primed for his league debut if he enters the action, with Senior Academy prospects Karl Garside, Tui Uru, and Reuben Bird-Tulloch also hoping to grasp an opportunity with both hands in the West Country.