Can Leicester withstand the storm that Sale brought raining down on Bristol in the last round? Do Sale have enough left in the tank for another such performance to repeat it?


These questions will be answered on Saturday afternoon in the penultimate game of the round as Jono Ross’ charges square up to Leicester at Welford Road.

After resuming the competition after the hiatus rather gingerly, one is enveloped with the notion that Sale are back, so to speak, particularly after their last performance.

A resounding thumping of Bristol was not really what anyone expected when the Bears trotted out onto the AJ Bell ground, yet Sale seemed to click into the type of form which served them so well before the tournament was put on hold and systematically dismantled Bristol with the fiery and spirited Faf de Klerk leading the charge.

Leicester are a wounded outfit at present after losing a number of high-ranking players during the break and have only managed to post one win (against Exiles) since the resumption and are still a fair way from their best.

While they showed good attacking skills to put 30 points on the board against Gloucester in the last round, it was not enough to be labelled victors as the Cherry & Whites exposed vulnerabilities in the Tigers’ defence which, no doubt, will have been examined by both the latter and Sale during the week. 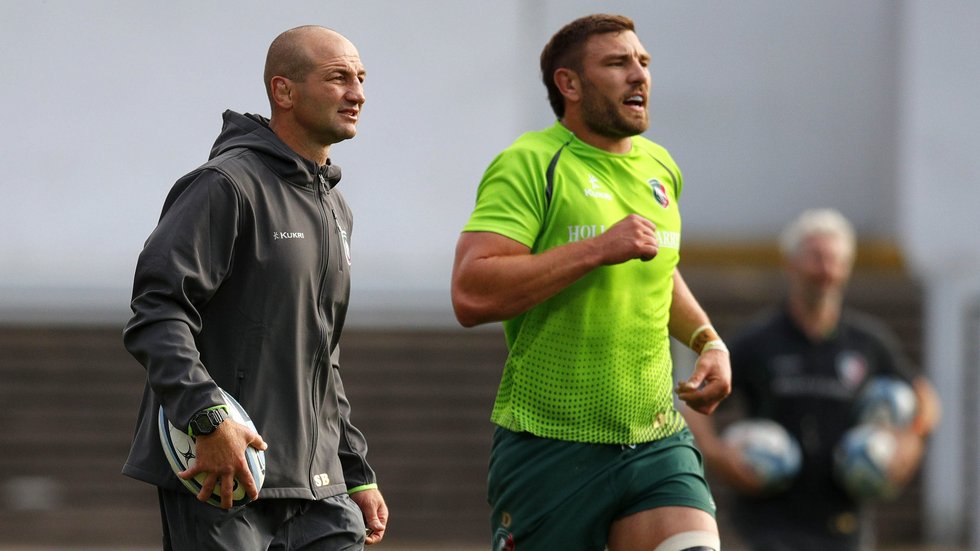 Tomás Lavanini and Charlie Clare are the only starters from last Sunday’s trip to Gloucester in the team for this weekend’s Round 18 encounter in the Gallagher Premiership season.

In the front row, Ellis Genge and Dan Cole are at prop with Clare named at hooker.

Ben Youngs and George Ford, who came off the bench to lead the fightback against Gloucester last weekend, are the starting half-back pair. Ford will captain the side in Tom Youngs' absence.

In their third appearance together in the Leicester midfield, international duo Matt Scott and Jaco Taute start at centre, with Freddie Steward at full-back in his fourth Premiership appearance, and David Williams and Nemani Nadolo selected on the wings.

Jake Kerr, Facundo Gigena and Nephi Leatigaga are the front-row cover on the bench, with Cameron Henderson and Jordan Taufua included as fellow forwards. Ben White returns after being left out of the side to travel to Gloucester in Round 17, with Zack Henry and Guy Porter the other backline options after starting last Sunday’s game at Kingsholm.

Manu Tuilagi gets set to make his Welford Road return on Saturday as Steve Diamond names the England International in the midfield alongside Springbok Rohan Janse Van Rensburg.

Coenie Oosthuizen, who started last weekend’s match at tighthead prop, moves back over to loosehead in the absence of injured Ross Harrison. The 30 capped South African is joined in the front row by fellow Springbok Akker van der Merwe, along with Jake Cooper-Woolley who fills the gap left by Oosthuizen in the number 3 shirt this weekend.

The powerful Jean-Luc du Preez remains in the second row alongside World Cup winning line out specialist Lood de Jager after both players made an immense impact in Round 17.

Stand-in captain Ben Curry is rotated after an impressive showing over the last two rounds in the Gallagher Premiership. He is replaced at openside flanker by twin brother Tom, who is joined by Club Captain Jono Ross and Daniel du Preez in the back row, wearing six and eight respectively.

After a commanding performance at the AJ Bell, Faf De Klerk and AJ MacGinty remain the in favour half-back combination for the Sharks’ clash with Leicester. MacGinty, who has kicked a total of 25 points in his last two matches, has the imposing centre partnership of Rohan Janse Van Rensburg and Manu Tuilagi at his disposal for the trip to the east midlands. This will be the first time a Tuilagi brother has appeared in the starting line-up of the visiting team at Welford Road since 2010.

Marland Yarde, Denny Solomona and Luke James take their places in the back three to cap off an in-form starting XV for the Sharks.