The second game of the round sees two smarting outfits attempt to regain some pride.


Tigers and Saints will be licking their wounds after both were pummelled in the last round by Wasps and Bristol respectively.


While Northampton find themselves hovering around the mid-table, Leicester are languishing around the tail-end and are having a tough time of it after the hiatus.

While having been comprehensively outclassed in Round 19, there is some hope that Saints may hold onto in that they were able to come out on top of Tigers the last time they met, in Round 5, 36-13, at Franklin’s Gardens.

If Saints are able to replicate their form from that day, Leicester are in for a tough afternoon as their opponents were clinical and vigorous on both attack and defence. That game, however, is history, and a very different story may well unravel on Sunday as Leicester will be desperate to lift themselves back on track. 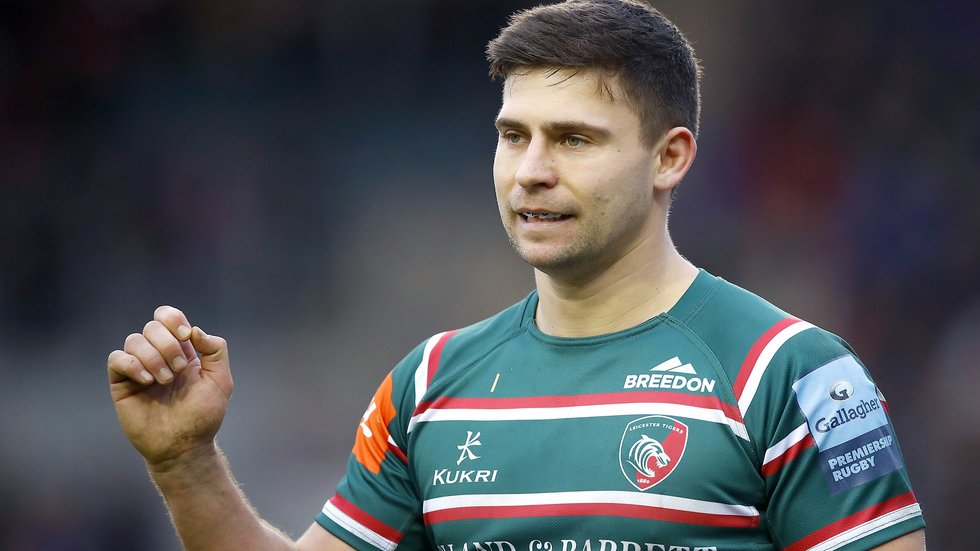 Club captain Tom Youngs returns to the team to lead the side from hooker, joining international props Facundo Gigena and Dan Cole in the front row.

Ben Youngs, in his 250th appearance for Leicester Tigers, will partner Zack Henry as the half-backs.

Scrum-half Youngs, in what will also be the Tigers academy graduate’s 200th starting appearance for the club, is one of two vice-captains alongside front-rower Cole.

Freddie Steward retains his place at full-back from the squad’s last outing at Welford Road and is joined in the Leicester back three by Fiji international pairing of Nemani Nadolo and Kini Murimurivalu on the wings.

Murimurivalu, who joined the squad for training this week after completing a fortnight-long quarantine, will make his Leicester Tigers debut.

Ellis Genge, who captained the side away to Wasps in midweek, is among the replacements and is joined by Charlie Clare and Nephi Leatigaga as front-row cover, with Thom Smith and Jordan Taufua the other forwards. Ben White, Johnny McPhillips and Harry Potter supply backline cover.

Club co-captain Teimana Harrison leads out the Northampton line-up in Leicester, with Courtney Lawes and Lewis Ludlam completing an English back row of international pedigree.

Francois van Wyk, James Fish and Owen Franks will pack down in the front row for Saints, leaving Api Ratuniyarawa and David Ribbans in the engine room to round off the forwards.

Wales fly-half Dan Biggar pulls on Northampton’s No.10 jersey with Alex Mitchell starting inside him at scrum-half, meanwhile Rory Hutchinson and Matt Proctor are selected in the centres together again after impressing last weekend against Exeter.

That leaves a back three of Ahsee Tuala, Taqele Naiyaravoro and fullback George Furbank, with Emmanuel Iyogun set for his first-team debut in Black, Green and Gold if he comes off a bench which also contains the likes of Nick Isiekwe, Henry Taylor, Alex Moon and Fraser Dingwall. 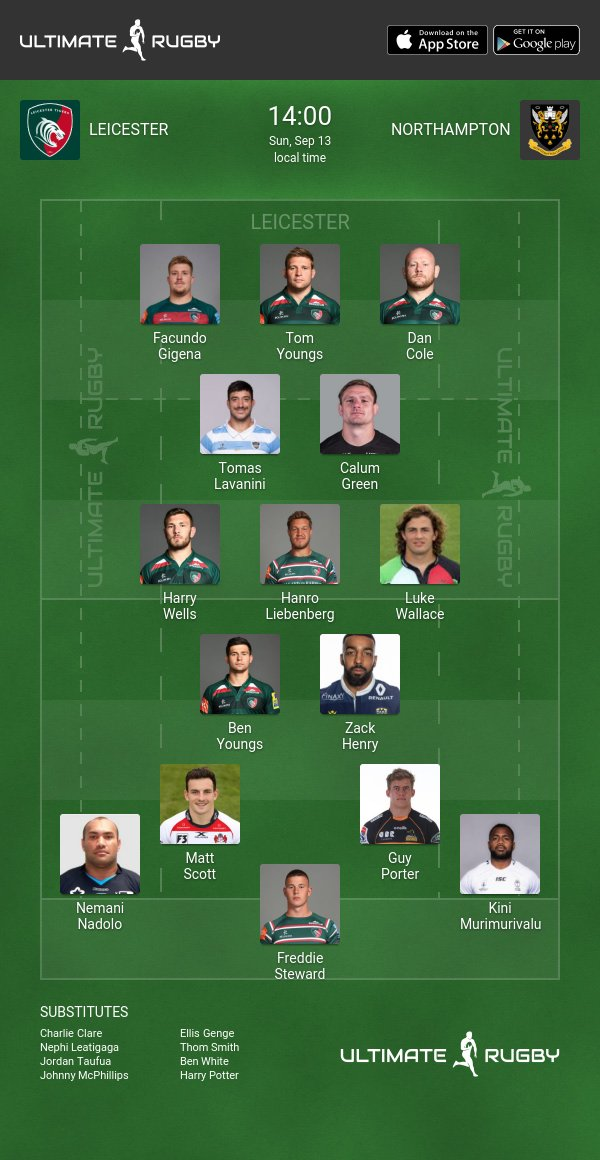 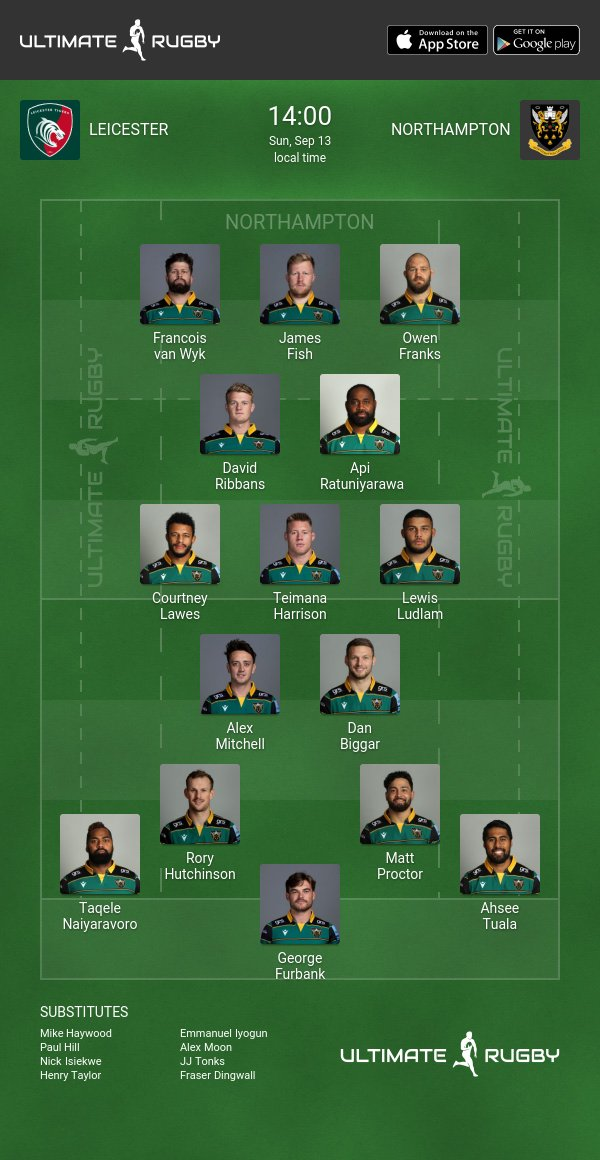