Exiles will fancy the scalp of Saracens at Twickenham Stoop in the first of Monday’s two clashes.


Just three points separated the two teams the last time they encountered each other, at Allianz Park, in a game Saracens were expected to dominate.


In the cold and wet, Exiles challenged Saracens throughout the game, managing even to take the lead inside the final ten minutes before losing Allan Dell to a yellow card – an offence on which Sarries capitalised and scored to draw level before stealing the game away at the death through a penalty kick.

As both teams are currently languishing in the lower echelons of the table, they will mostly be playing for pride in this outing. Hopefully the weather plays a constructive role and the players bring their best. 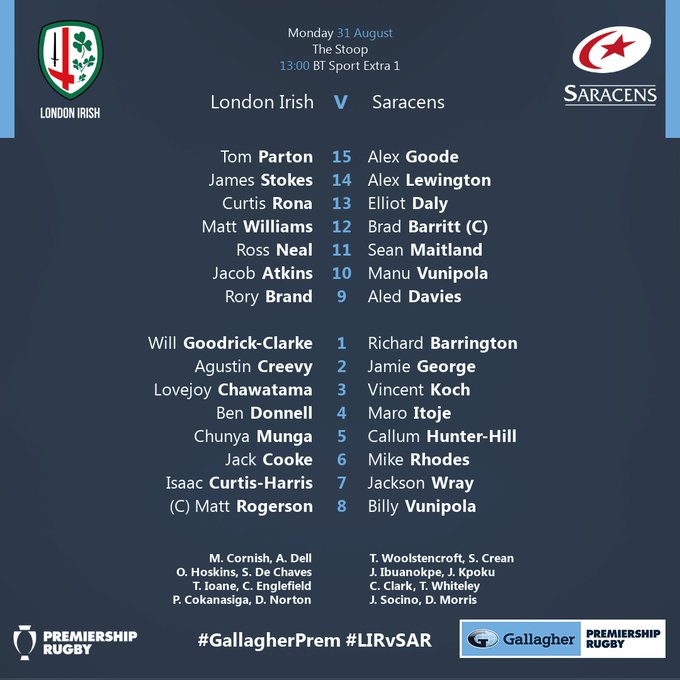 The match will be available to watch live on the BT Sport Red Button/App. pic.twitter.com/noXQGN3Rj3