Saints will be grateful for the opportunity to improve on their last performance against Exeter, in Round 11, where they were despatched 57-7 in a nine-try blitz at Sandy Park.


This time around, Saints will enjoy home-ground advantage (albeit without their fans present), but will they be able to stem the tide of Chiefs’ ravenous attack?

Exeter last lost in Round 12 – to ‘Quins – and have proved themselves to be the form team in the competition with a massive fourteen-point lead at the top of the table. Northampton, by contrast, have posted only eight wins from seventeen outings for a position of sixth on the log.

What will give Saints added nerves is the beating which Chiefs administered on Worcester last Sunday, running out 59-7 winners while Saints slumped to a 30-17 defeat to Quins.

It is clear that the hiatus has not had a very negative effect on Chiefs’ form as them seem to have simply picked up from where they left off.

Barring the possibility that Chiefs have an off-day, one would expect Saints to have their hands full in this one.

Chris Boyd has made 11 changes to his starting XV from the side that went down to Harlequins on Sunday as the men in Black, Green and Gold look to arrest a frustrating run of recent home form and keep their play-off ambitions alive.

The majority of Boyd’s changes come in the forwards, with Northampton opting for a completely fresh pack for the do-or-die clash. Club co-captain Teimana Harrison will lead out Saints at the Gardens, with JJ Tonks and Courtney Lawes alongside him in the back row. The tight five meanwhile sees Francois van Wyk, James Fish and Owen Franks come into the front row, with David Ribbans and Api Ratuniyarawa packing down together in the engine room for the third time since rugby’s return.

Centres Rory Hutchinson and Matt Proctor keep their places in Northampton’s midfield; the duo are two of just four players retained by Boyd from last weekend’s defeat. Fullback George Furbank and wing Tom Collins also start for the second match running, with Ahsee Tuala coming onto the other wing for the hosts.

Dan Biggar pulls on the No.10 jersey for Saints – the Wales fly-half is just two points short of 300 for the Club – with scrum-half Henry Taylor completing the Northampton line-up.

Rob Baxter has again utilised his squad to the maximum, opting to go with a completely different starting line-up to that which faced the Warriors.

That means 14 of those who started against Bristol Bears take to the field again this time round. Club captain Jack Yeandle heads up a powerful pack that includes international stars such as Alec Hepburn, Tomas Francis, Dave Dennis, Sam Skinner and Don Armand; while behind Sam Hidalgo-Clyne and Gareth Steenson will direct operations from half-back and there is another start in the midfield for the long-serving Phil Dollman.

The sole change comes in the back three where Corey Baldwin, a summer signing from the Scarlets, gets his first Chiefs appearance lining up alongside Tom O’Flaherty and fellow newcomer Josh Hodge. 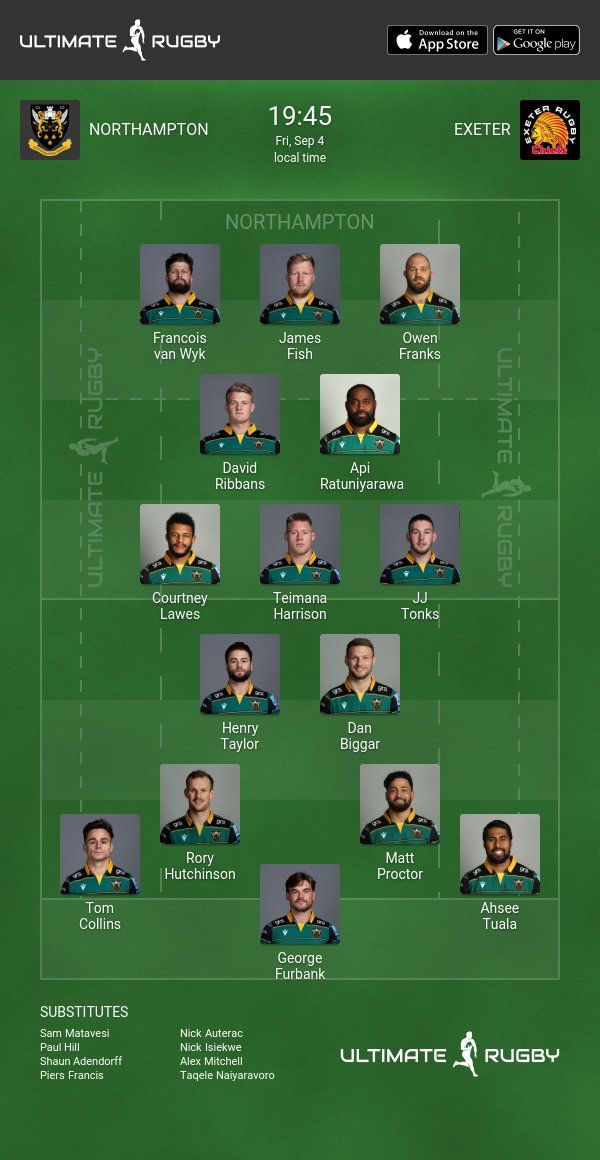 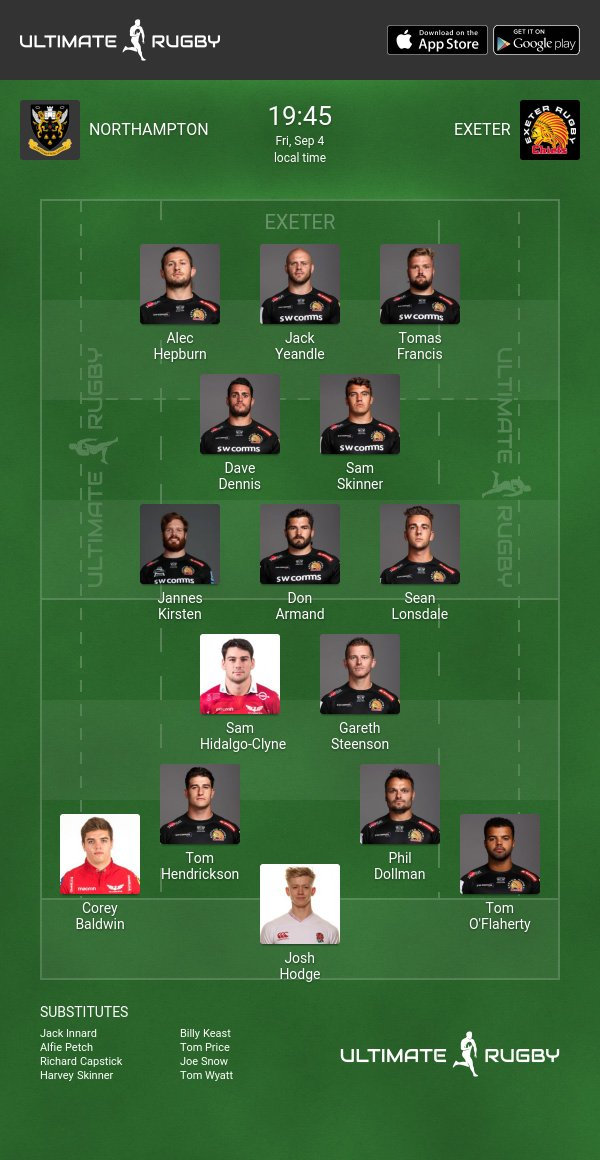