The plucky Bath outfit will march on AJ Bell Stadium on Sunday with the goal of breaking into the top four on the standings as they attempt to outfox a sturdy Sale Sharks.


Bath have had a good run since the resumption of the tournament, winning all but one game (against Wasps) and playing some quality rugby.

Sale looked a tad rusty at the start – losing to Quins and Exeter on consecutive weekends - but have shot back to their pre-hiatus form of late with confidence and capability resonating through their ranks.

Jono Ross’ men downed Saracens 24-17 in Round 19 while Bath piled on the points against Worcester, the scoreboard showing 40-15 at full time.

Adding some spice to this bubbling cauldron of a clash will be the result which transpired the last time these teams did battle, in Round 7, where Bath raised their fists in triumph with a two-point (16-14) victory at The Rec.

Despite Sale’s beefy pack, Bath had the upper hand up front in an impressive and determined display which stubbornly choked their opponents out of the game.

Expect another titanic battle amongst the forwards in this one – another good spectacle is sure to unfold as there is much to play for.

Akker van der Merwe returns to the starting line-up for the round 20 clash after suffering a slight ankle strain in round 18. The Springbok is joined in the front row by Valerey Morozov and Will-Griff John after dominant performances from both props at the AJ Bell on Wednesday night.

Jono Ross returns to the starting line-up at blindside flanker, he is joined in the back row by Ben and Tom Curry at openside and number 8 respectively. Club Captain Ross was not involved in the mid-week match vs Saracens, which ended a run of 66 consecutive Gallagher appearances for the Sharks since making his debut for the club in 2017.

The influential combination of Faf de Klerk and AJ MacGinty returns in the half back roles on Sunday, with Steve Diamond opting to deploy his powerhouse centre partnership of Rohan Janse van Rensburg and Manu Tuilagi outside them. Denny Solomona and Marland Yarde return to the starting line-up after a mid-week rest, The England internationals are joined in the back three by the in-form Luke James, who returns at fullback after a showing some of the best form of his early career since the return of the Gallagher Premiership.

Rob Webber is set to make his first appearance for the Sharks since returning on a short-term contract from his role as Forwards Coach at Jersey Reds. The hooker makes a timely return to face his former club Bath and adds to an experienced bench for Sale this weekend. 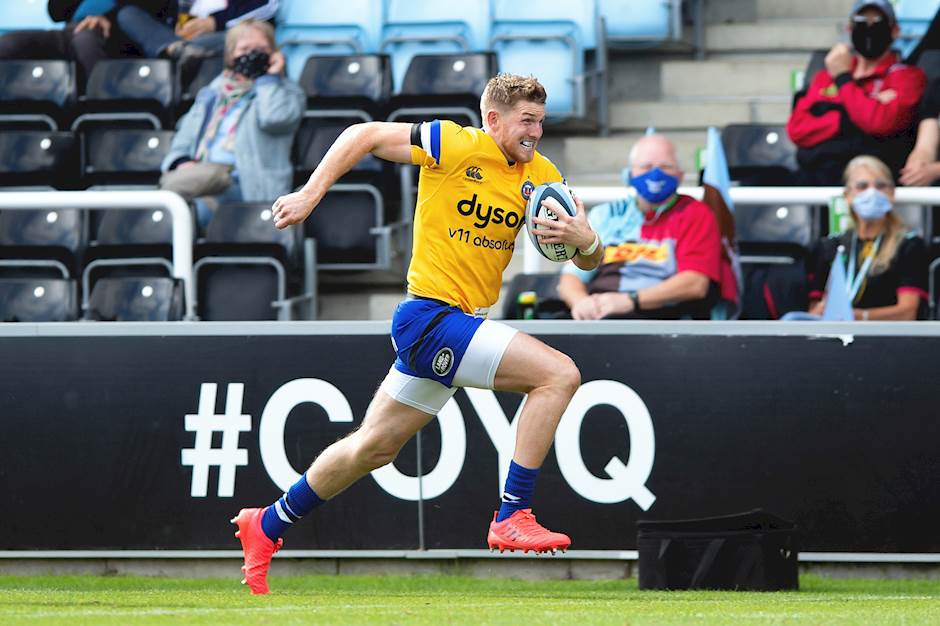 Bath Rugby make 13 changes to the side as Charlie Ewels returns to action and captains the side as the England international replaces Elliott Stooke having missed out on the 40-15 win over Worcester Warriors last time out.

Beno Obano, Tom Dunn and Will Stuart all comes back into the starting XV as Hooper names an entirely changed front row whilst Josh Bayliss and Sam Underhill start at blindside and openside respectively with Taulupe Faletau replacing Zach Mercer.

Rhys Priestland and Ben Spencer both come back into the side to continue their partnership replacing Matavesi and Will Chudley.

Ruaridh McConnochie comes back into the side following his brace two games ago in the win against Harlequins and Gabriel Hamer-Webb retains his spot on the wide channel.

Jonathan Joseph comes into the side for Max Clark and is partnered with Josh Matavesi, who moves back into the midfield replacing Cameron Redpath. Henry Thomas is named amongst the replacements for the first time since tearing his ACL in Round 3 against Wasps at the Ricoh Arena. 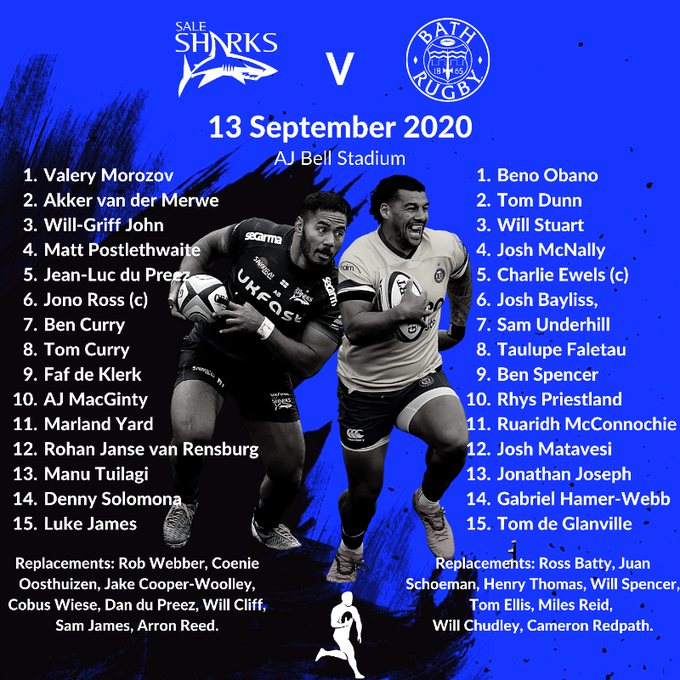