The fourth clash of Round 15 paints an interesting picture as Harlequins travel to Allianz Park to square up to Saracens.


The last time the two sides met, at The Stoop, ‘Quins blew Saracens off the park, 41-14, with a commanding display they will hope to replicate on Saturday. In front of a vocal and vibrant home crowd, ‘Quins ran in six tries in slippery conditions to hammer down the nails in Saracens’ coffin.

‘Quins’ somewhat unexpected victory over Sale in Round 14 will have done good things for their confidence going into this match-up. Saracens will be looking to jump back into winning ways after their four-point defeat to Bristol Bears in the last round.

While Sarries are languishing at the very bottom of the current standings, ‘Quins are hovering around the mid-table, one point ahead of Gloucester and three behind Northampton and Bath.

What was patently obvious from ‘Quins’ encounter with Sale last weekend was the strength of the former’s kicking game, as stand-off Marcus Smith strangled the Sharks’ hopes by keeping them pinned firmly back in their own half. Sarries will have to heap pressure on the halfbacks if they are to avoid similar treatment this weekend.

Billy Vunipola. The Sarries and England number 8 is habitually immense in any game. His massive frame and mobility make him a handful for any defending opposition.

Marcus Smith. The ‘Quins’ play-making stand-off was sublime in the execution of a kicking game which strangled Sale Sharks in the previous round. He should be hard to miss in this match-up against Sarries. 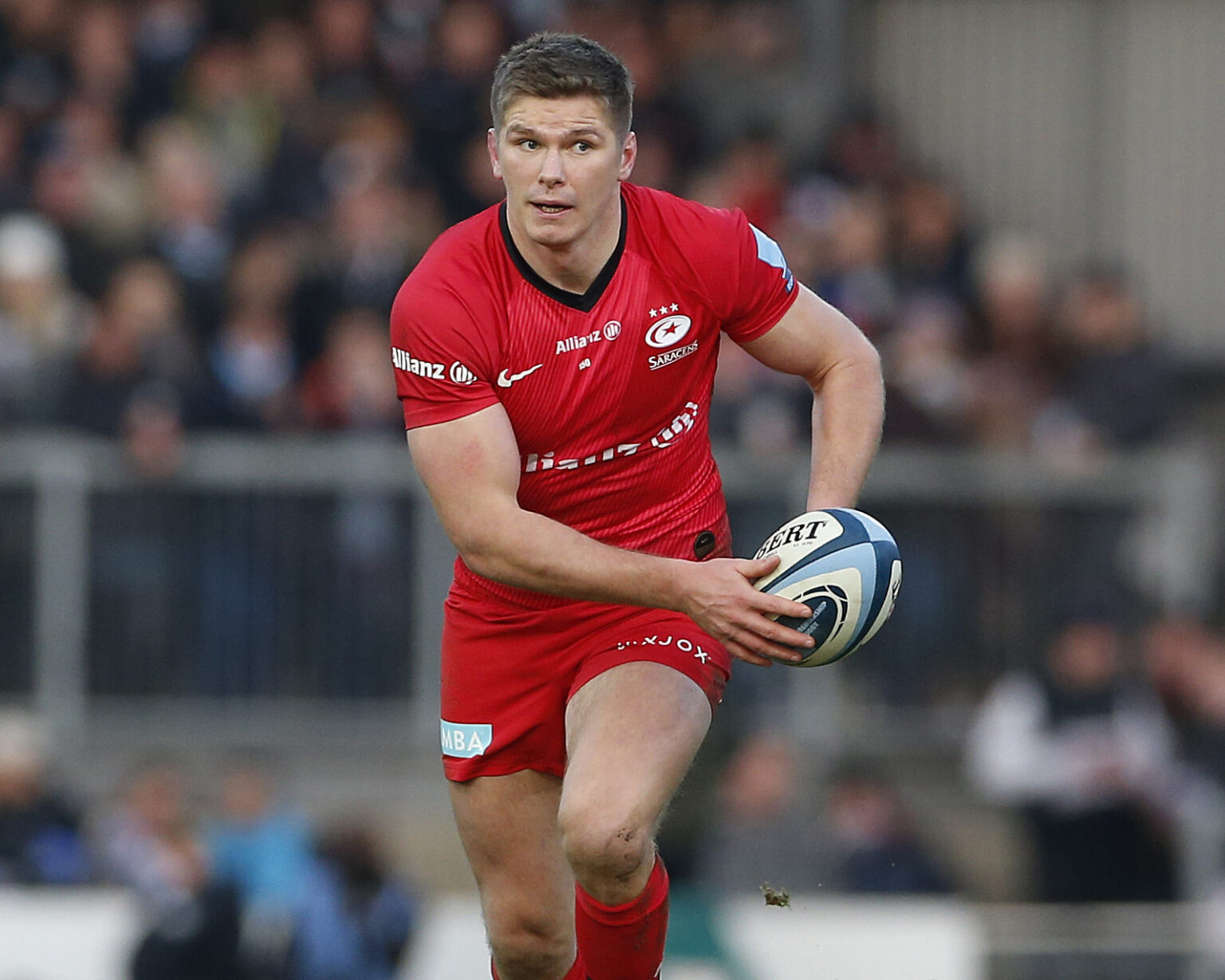 Owen Farrell will make his 200th appearance for Saracens on Saturday.

The fly-half made his maiden Sarries outing aged 17 and 11 days in 2008 – becoming the youngest player in English rugby history – and two seasons later kicked 17 of 22 points as the Men in Black won their first ever Premiership final.

He has since become an instrumental figure for club and country, helping the former to a further four league titles and three European crowns.

Senior Academy prop Sam Crean is set for his first Premiership appearance after earning his initial senior caps in the Premiership Rugby Cup and Heineken Champions Cup earlier this season.

After recently graduating into the Senior Squad, Elliott Obatoyinbo will wear a starting jersey in the league for the first time and his inclusion at full-back sees Sean Maitland switch back to the wing.

Dom Morris, who impressed in Round 14 at Bristol Bears, is joined in the midfield by returning skipper Brad Barritt. 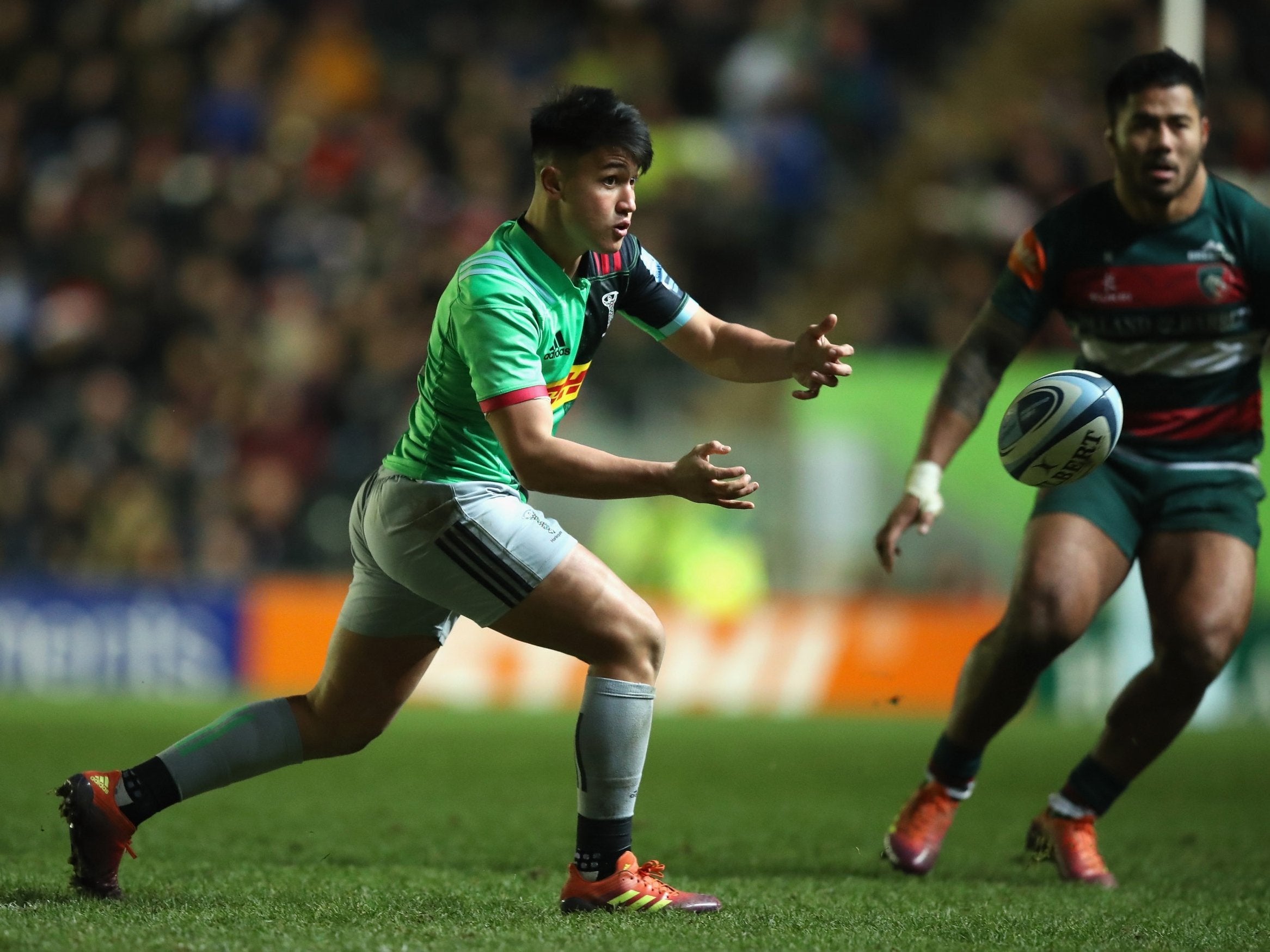 Head of Rugby Paul Gustard has named an almost unchanged side from the team that claimed victory during the Gallagher Premiership’s return against Sale Sharks at The Stoop last Friday, with right wing Chris Ashton replaced by Aaron Morris in the 14 jersey, with the former of the outside backs picking up a minor injury during training this week.

The last time these two London sides met came during round nine in January, with Harlequins claiming a high-scoring 41-14 victory in this London derby.