Premiership Awards & Team of the Year

Newcastle Falcons are enjoying their best Premiership Rugby season since they lifted the title two decades ago, and it hasn’t gone unnoticed with Vereniki Goneva and Dean Richards winning top prizes at the Premiership Rugby Awards 2018.

Goneva has been in stellar form for the Falcons as they claimed their first Premiership Rugby semi-final place in their history, scoring 13 tries to also walk away with the Top Try Scorer award, sharing it with Worcester Warriors’ Josh Adams.

And Newcastle’s success this year also saw Richards named Director of Rugby of the Season as he prepares his side for their semi-final clash with Exeter.

There was another accolade for Newcastle to celebrate as Sinoti Sinoti’s sensational score against Exeter Chiefs in Round 13 was voted by the public as the Try of the Season.

You didn't think we wouldn't show @notz09's magnificent effort, did you? 😏

In addition, 6,379 points were scored, the most since 1999-2000, with Saracens’ Owen Farrell winning the Golden Boot award with a total of 171 points with the boot.

The battle for the Discovery of the Season was more closely fought than ever before, with Exeter Chiefs’ Sam Simmonds emerging triumphant.

Another club on the winners’ board was Wasps who saw Josh Bassett named 7s Player of the Season.

Harlequins prop Mark Lambert is well-known for his exploits on the pitch after 15 years at the highest level, but it was his commitment off the field that earned him the plaudits at the ceremony as he was named Community Player of the Season.

Finally, the Dream Team of the Year was named: 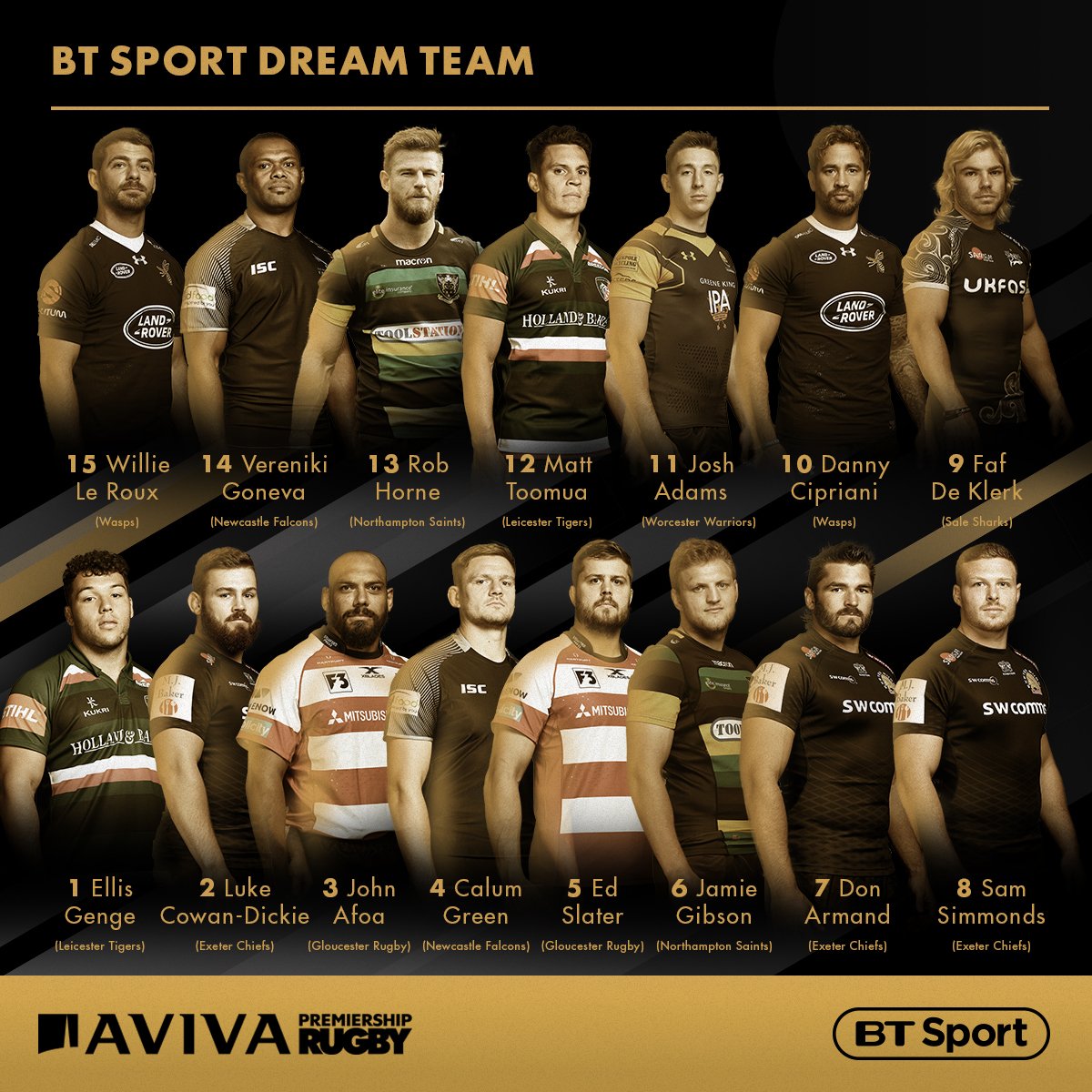