Round 16 concludes with an intriguing contest as Bath travel to Franklin’s Gardens where Saints lie in wait.

Saints suffered their first defeat of the season against Bath the last time the two met - in Round 4 at the Rec in wet and muddy conditions.

It was not Saints’ finest performance as Bath took the spoils 22-13 despite being given a red card in the second stanza with the score at just 10-8.

Bath dug deep, however, keeping the ball close to their forwards, managing to dot down twice more before the final whistle sounded.

Both teams enjoyed good wins in the last round which will boost confidence going into this encounter. Bath downed Leicester 38-16 at Welford Road while Northampton piled on the points against London Irish, leaving the pitch with the score at 27-3.

Adding to the flavour of the clash is the fact that both Saints and Bath find themselves on 40 points on the log, with Bath in fifth position and Saints occupying sixth.

Loosehead prop Nick Auterac is poised for his full debut in Black, Green and Gold since making the switch to Northampton from Harlequins, and lines up in the front row with hooker James Fish and tighthead Owen Franks, while locks David Ribbans and Api Ratuniyarawa complete the tight five.

Club co-captain Teimana Harrison will lead out Saints wearing the No.8 jersey, and the hosts’ back row combines experience and youth with Courtney Lawes and JJ Tonks both starting in the flanker berths.

Dan Biggar returns to Northampton’s No.10 jersey and will look to lead the back line with scrum-half Henry Taylor by his side. 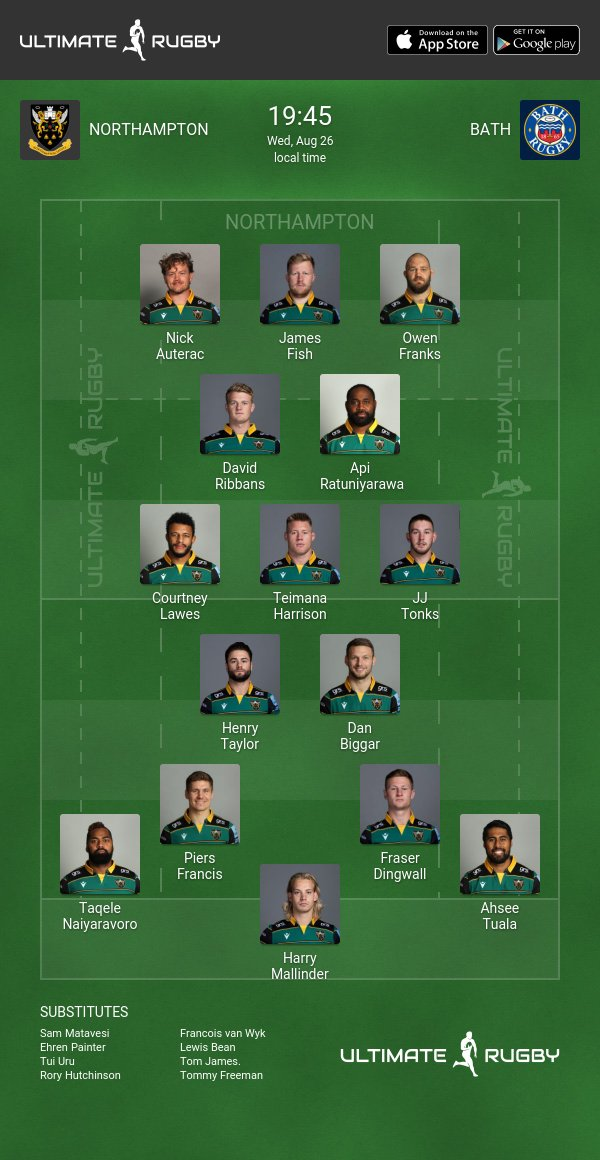 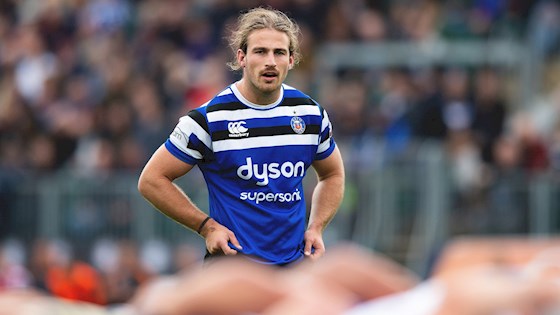 Bath Rugby make a raft of changes to the matchday squad with 13 changes in all as the side travel up to Franklin’s Gardens to face Northampton Saints.

After scoring his maiden Premiership try last time out, Tom de Glanville comes in for Anthony Watson at full-back, as the side also sees Max Clark return from a long-term injury. The centre returns to the starting XV for the first time since the opening day of the 2019/20 Gallagher Premiership campaign in October.

Gabriel Hamer-Webb will make his first appearance since facing Ulster away in the final round of the European Champions Cup, replacing Ruaridh McConnochie, who is named as a replacement. It is also Hamer-Webb’s first start since progressing to the senior squad.

Josh Matavesi swaps in for Rhys Priestland, who is named on the bench, and will form a new partnership with Will Chudley, who replaces Ben Spencer at scrum-half. 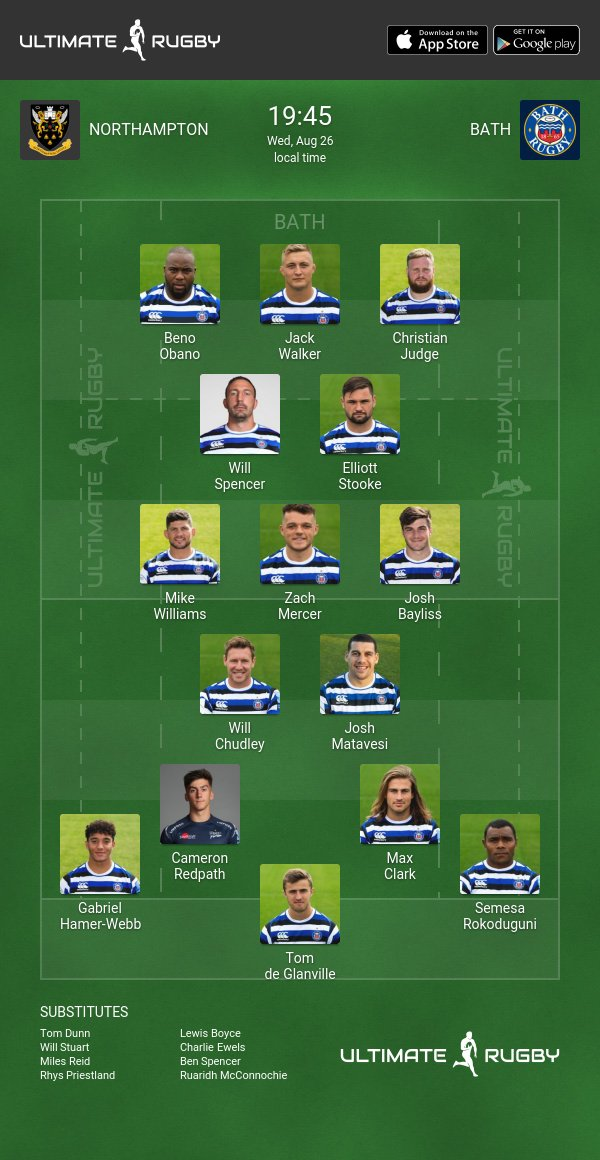