Saracens have already lifted the Champions Cup this term as well as being the defending Premiership Rugby champions, while Gloucester have made the semi-finals for the first time in eight years.

A win for Exeter Chiefs head into their semi-final following last weekend’s 40-21 triumph at Sandy Park.

Saints have already lifted the Premiership Rugby Cup as well as earning the last semi-final spot despite defeat against Exeter last time out. 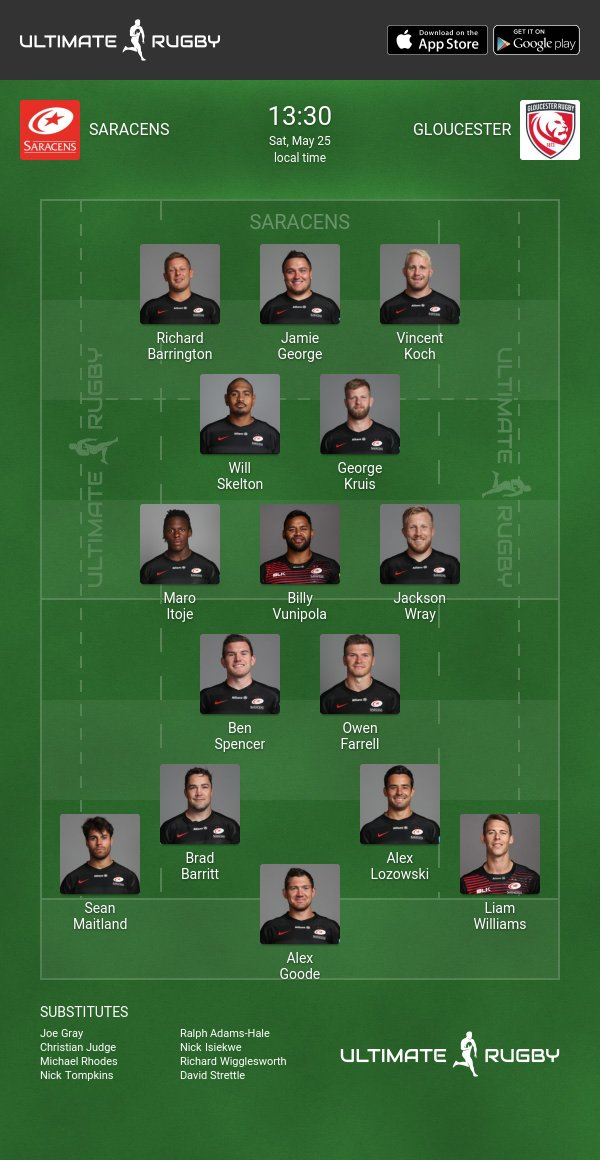 Mark McCall has made two changes to the XV that started the Champions Cup final win over Leinster a fortnight ago – both enforced.

The rest of the starting 15 remains the same, with 24-year-old centre Nick Tompkins set to make his 100th Saracens appearance should he take the field. 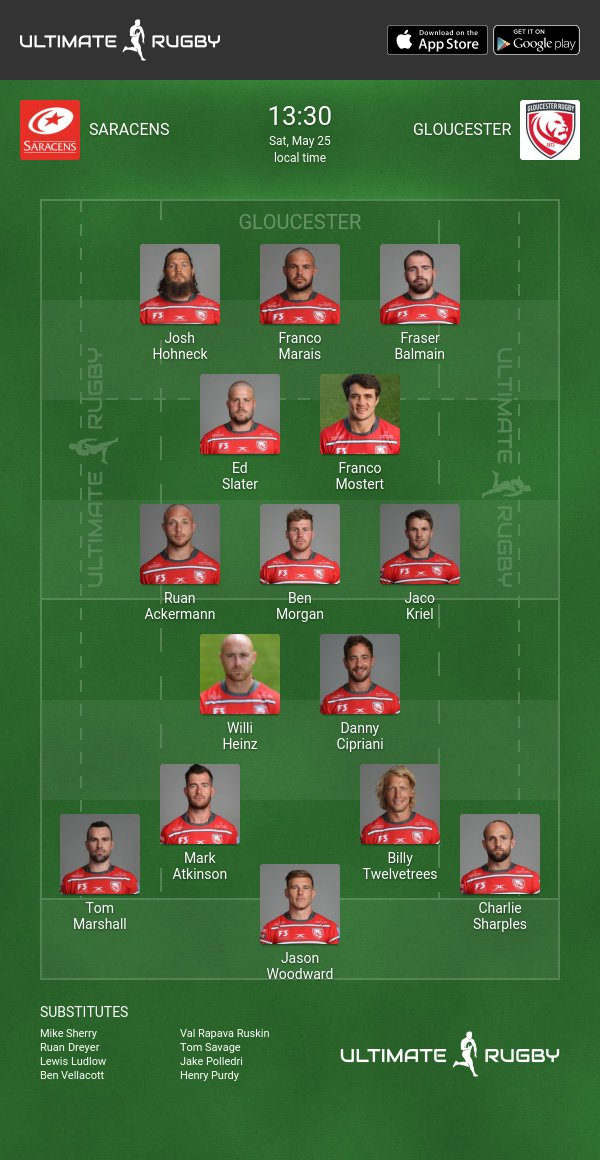 Willi Heinz will skipper the Gloucester side which sees only Charlie Sharples retain his place in the starting line-up from last week’s game away at Sale Sharks. 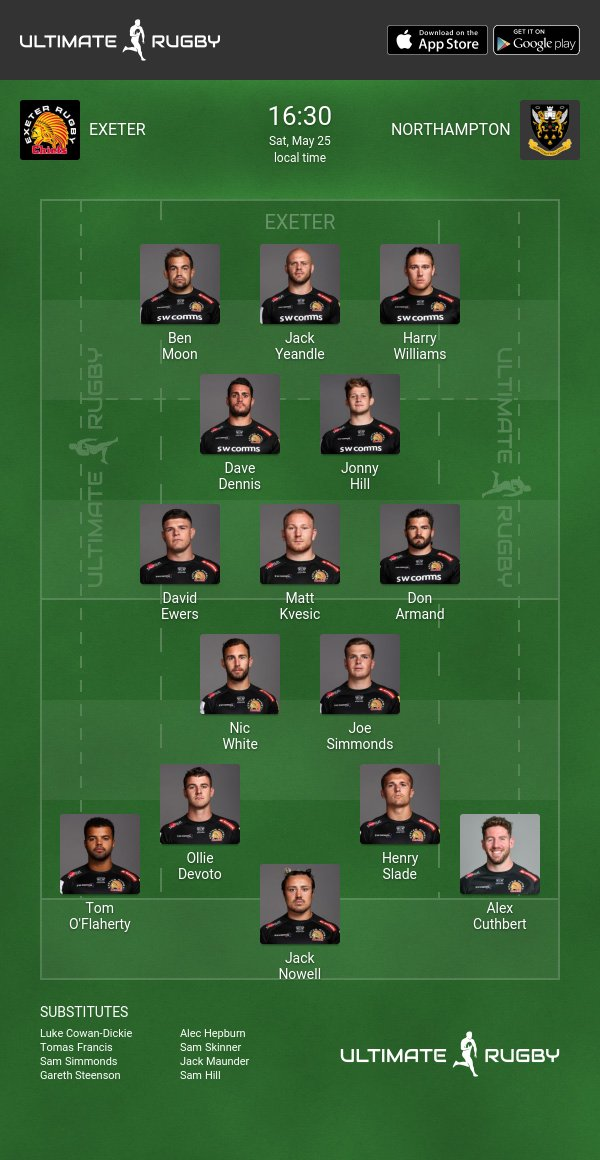 Rob Baxter sticks with a virtually identical team to that which beat the Saints. The sole change in the starting line-up sees Tom O’Flaherty get the nod over Olly Woodburn on the wing, while on the bench Alec Hepburn is recalled at the expense of Billy Keast. 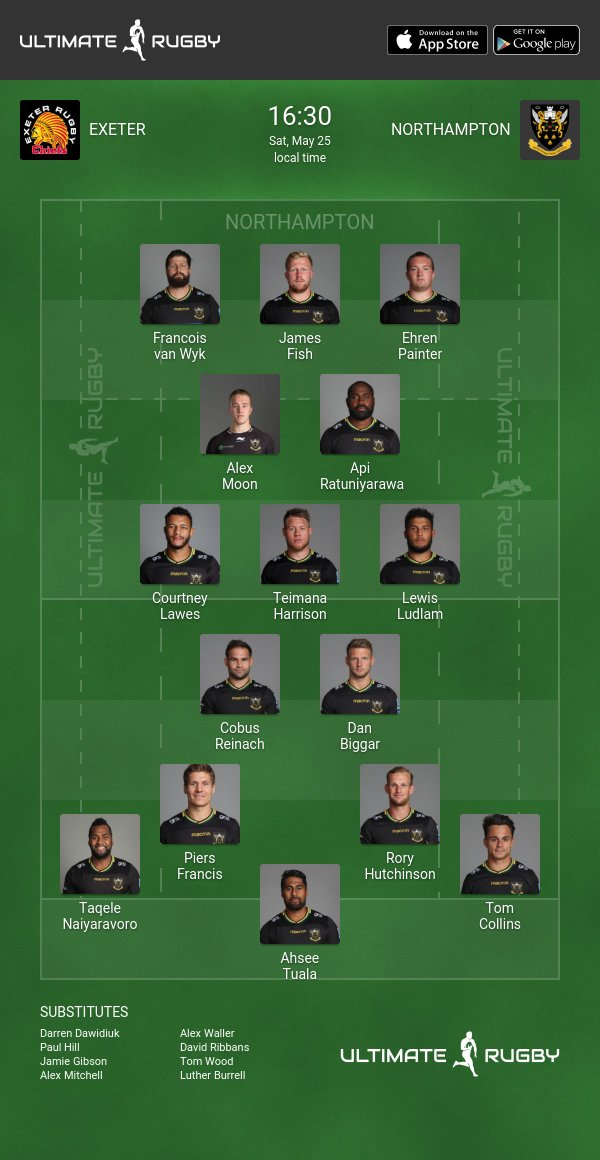 Lewis Ludlam remains at flanker for Saints, but Courtney Lawes has been shifted into the back row alongside him with Api Ratuniyarawa returning to the engine room to join Alex Moon.

Meanwhile Francois van Wyk, James Fish, and Ehren Painter all come into the front row to start, with Painter playing his first league match since February.

Northampton stick with the same back line that started last weekend’s clash at Sandy Park, with Ahsee Tuala continuing at fullback and Tom Collins and Taqele Naiyaravoro named on the wings.

Wales international Dan Biggar wears the No.10 jersey while Cobus Reinach starts at scrum-half, having scooped the Northampton Saints Supporters’ Player and Players’ Player of the Season awards at last night’s End of Season dinner at Franklin’s Gardens.