The final round of the Rugby Championship sees the All Blacks travel to Cape Town to face the Springboks on Saturday, while later that same day the Wallabies will face the Los Pumas in front of a spirited crowd in Mendoza. The All Blacks will feel at home this weekend, despite being over 11 000km away from their home nation, when they face the Springboks in Cape Town on Saturday. The New Zealanders have a large following in Cape Town and were greeted by their fans at the airport by signing fans.

The All Blacks have been successful at Newlands in the past having won 6 of their 9 at the stadium since 1928.

The Springboks, however, are generally quite strong at Newlands having won 35 of their 52 games there including two draws.

The All Blacks have already wrapped up the Rugby Championship but will be looking to get another clean sweep in the competition - having done so last year.

The All Blacks have scored 49 tries this year and when they score again it will be the 13th time this century they have scored 50 tries in a yea r- It has been 10 years since any other team has reached that milestone. 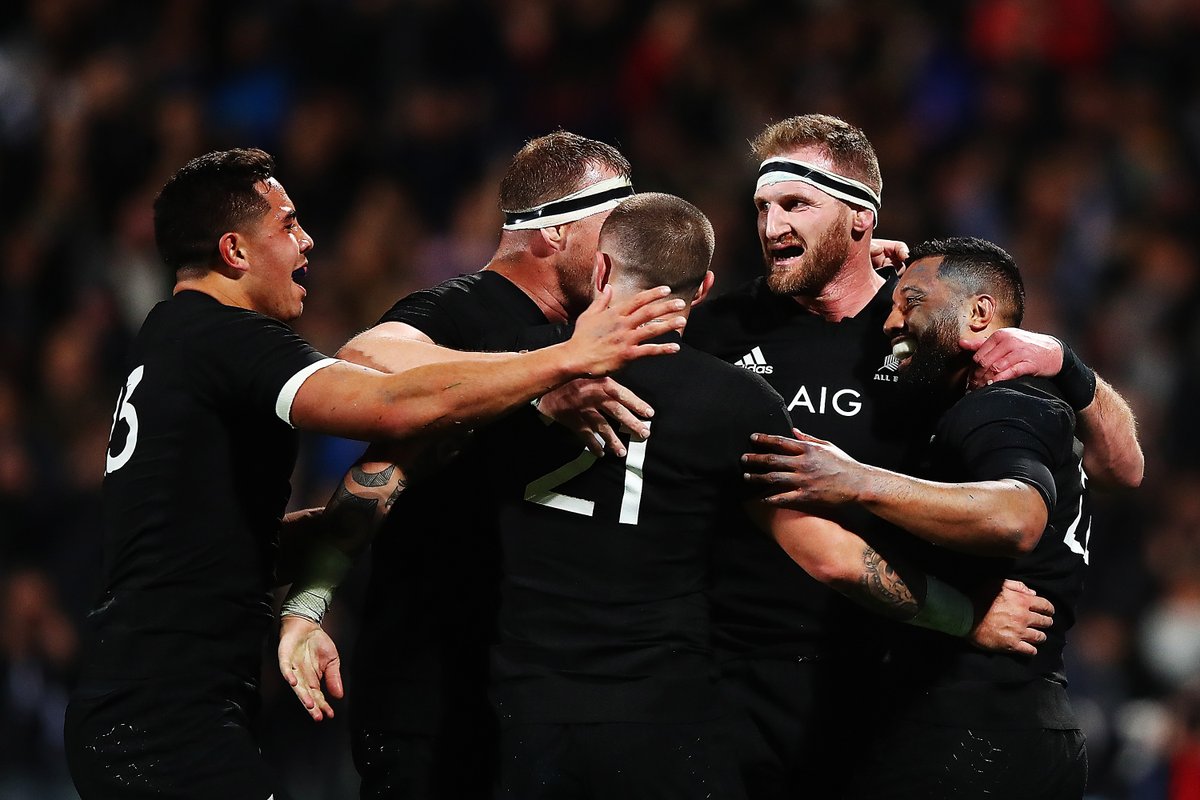 Steven Kitshoff is set to start his first test match and has played a record 18 matches off the bench for the Springboks. 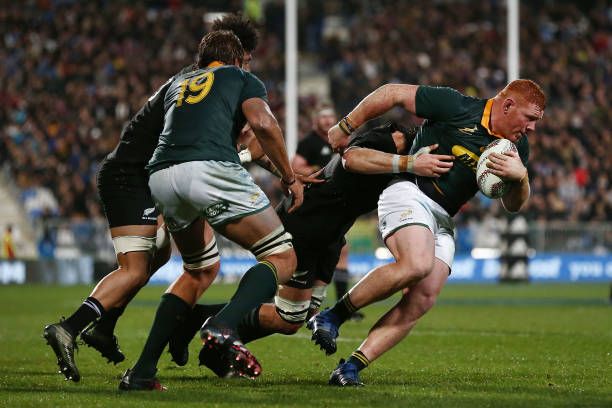 Elsewhere in the pack Steven Kitshoff starts in the place of Tendai Mtawarira, who has withdrawn from the match for family reasons.

Sam Whitelock, Sam Cane, Liam Squire, Ryan Crotty and Nehe Milner-Skudder, all return the starting lineup after being rested against Argentina, while Brodie Retallick travelled back to New Zealand and will miss the clash. 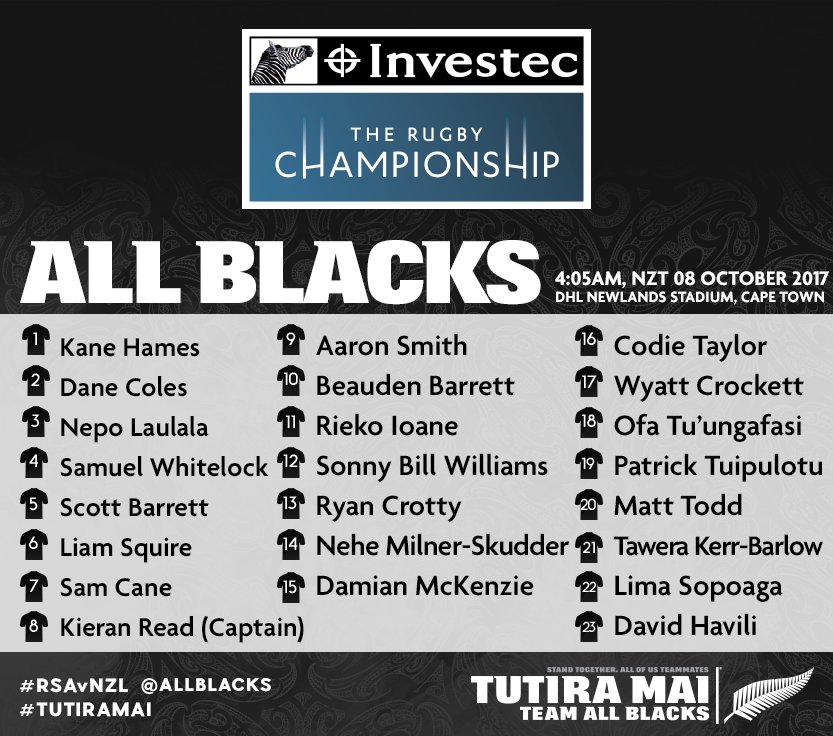 Expect a better performance by the Springboks compared to the performance in Albany but the All Blacks have been ruthless in this year's rugby championship and that isn't likely to stop this weekend. An intriguing battle awaits the Wallabies this weekend when they face off against Argentina in Mendoza.

Mendoza is known for creating a hostile atmosphere for the traveling side.

The Wallabies head into the match off the back of a draw against South Africa in Bloemfontein, while the Argentina went down 36-10 to New Zealand.

A win for Australia could see them leapfrog South Africa into second in the final Rugby Championship standings, while Argentina will be looking to get their first win of the competition.

Argentina won this fixture back in 2014 but Australia has won all the games since. 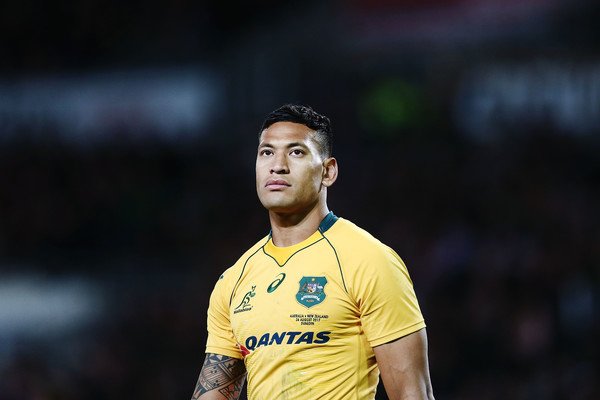 Folau has a strike rate of more than a Try a game this season and needs just 6 more scores to equal the tallies of Daisuke Ohata (2002) & Joe Rokocoko (2003). 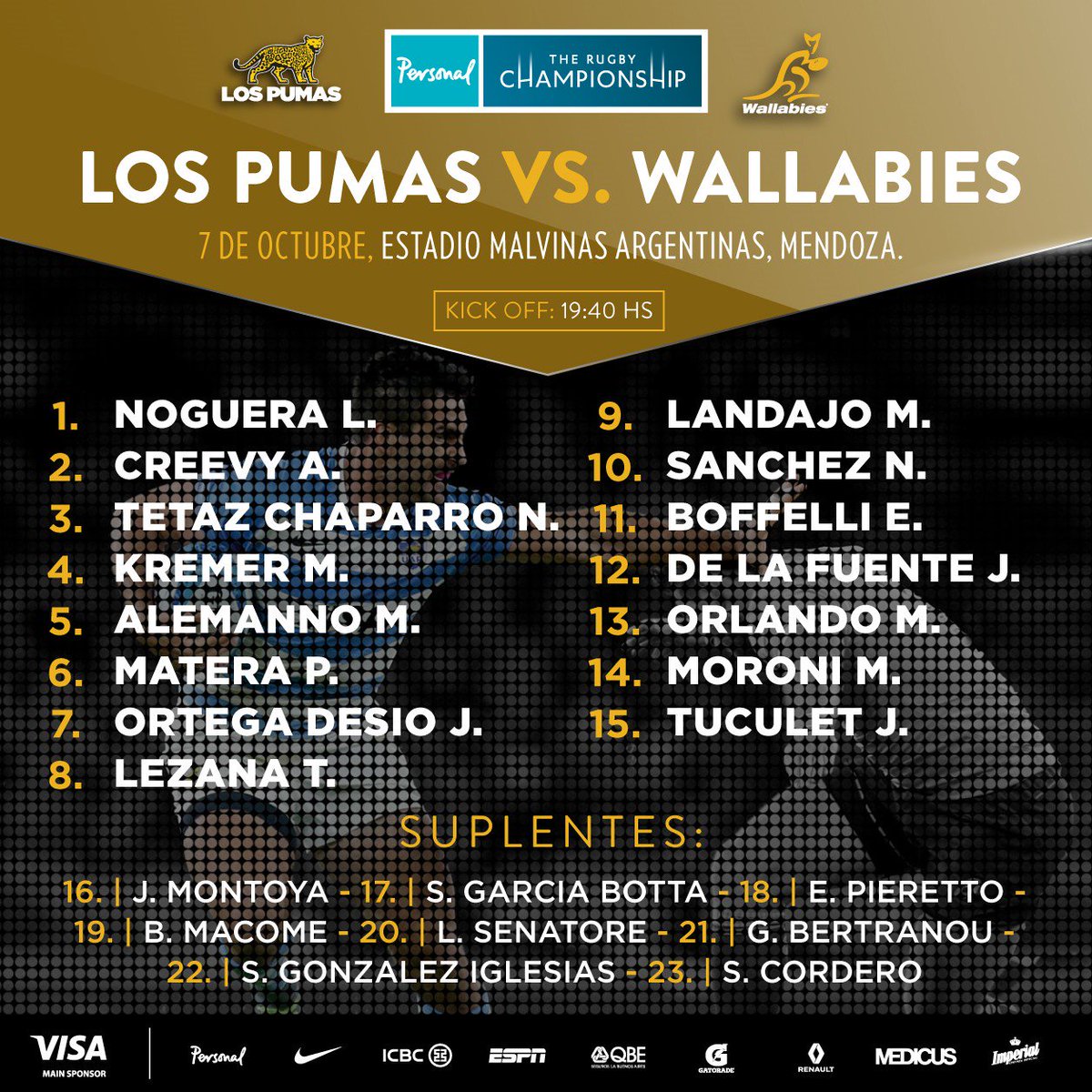 The Pumas have a new lock partnership in Matías Alemanno and Marcos Kremer starting in the absence of Tomas Lavanini and Guido Petti.

Ramiro Herrera has been dropped from the bench and replaced by Enrique Pieretto.

The other changes see Tomás Lezana moving from flanker to No 8 and his joined by Pablo Matera and Javier Ortega Desio in the back row.

Martín Landajo replaces Tomás Cubelli in the only change to the starting backline.

Gonzalo Bertranou is joined by Santiago González Iglesias on the bench, in place of Landajo and Juan Martín Hernández. 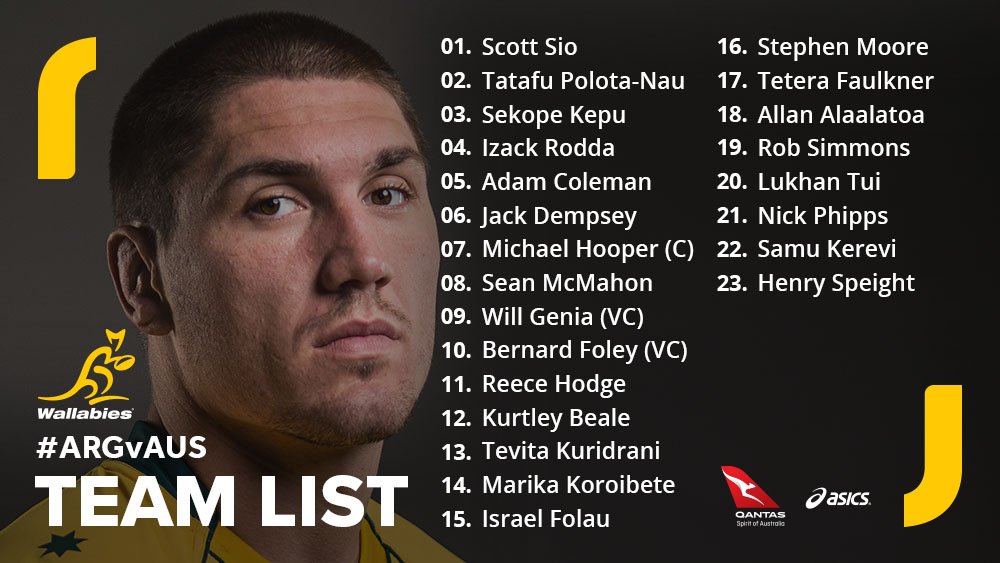 Michael Cheika has named an unchanged starting XV for the first time since being appointed Wallabies coach in October 2014.

On the bench, he has reverted to a five-three split of forwards and backs with Tetera Faulkner set to earn his third Test cap almost three years on from his last Wallabies appearance in November 2014 against Ireland.

After making his debut last week, Lukhan Tui maintains his spot amongst the reserves while winger Henry Speight will wear number 23.

Australia hasn't had a good record away from home recently though, with the Wallabies without a win in their last four games abroad. However, they have beaten Argentina 14 times in their last 15 meetings including the last 5 matches consecutively.

Argentina hasn't won a game so far in the competition and will be hoping the can claim a victory in their final match with the home fans backing them.