The teams of the Pro 14 have barely enjoyed a chance to catch their breath after the conclusion of the 2019-20 tournament before the 2020-21 spectacle kicks off on Friday night.


Current title-holders Leinster and Welsh outfit Dragons will battle out the second game of the round at RDS Arena in Dublin.


Leinster had a cracker of a season in 2019-20, their victory in the Pro14 final capping off an unbeaten campaign while the only loss they suffered in the Champions Cup came against Saracens in the quarter-finals.

Dragons, by contrast, were not at their best – emerging victorious in just 5 of their 15 outings – and will be looking to turn over a new leaf this season, albeit with the short time available to them to right the wrongs.

The recent memories of the RDS Arena will not be pleasant ones for Dragons as it was at that very venue that the teams last crossed swords – ending in a 50-15 hiding for the Welshmen. There was little Dragons could do to stem the blue tide as it rumbled on, posting a total of eight tries as Leinster’s freedom of expression on attack translated to torture for Dragons.

As daunting as the task is ahead of Dragons is, it is, after all, a new season, which can work wonders for a team’s mindset. In addition to this, Dragons now enjoy the newly-acquired services of Welsh rugby warrior Jamie Roberts, who joined the club some weeks back.

Leinster, meanwhile, will simply look to continue from where they left off, honing their fortress-like defence and attacking flair.

While nothing is for certain, a betting man would have his money placed firmly on Leinster for this one. Whether it will be another 50-pointer, though, remains to be seen. 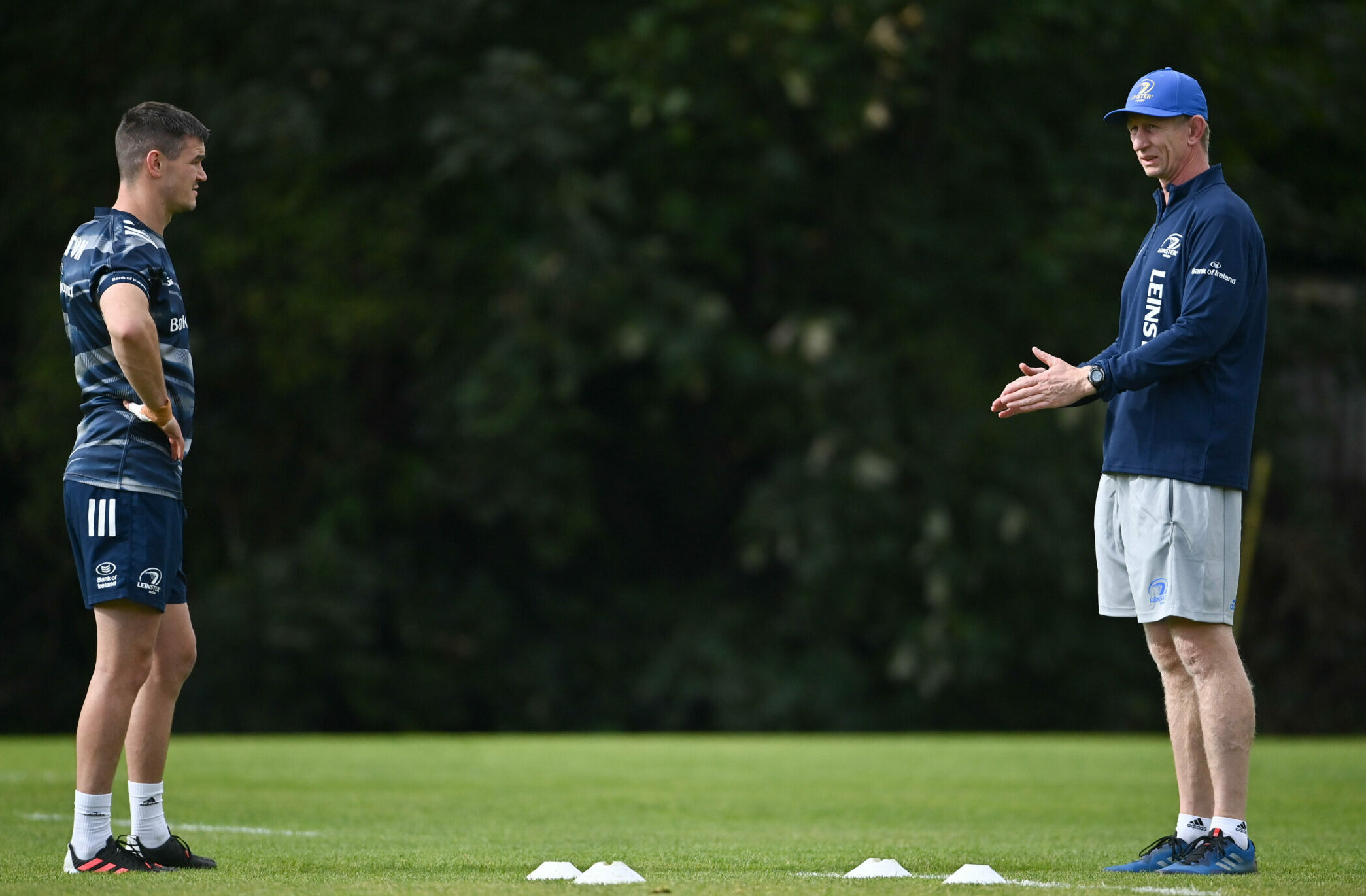 Johnny Sexton will lead the side out for the first game of the new Guinness PRO14 season with Jamison Gibson-Park his half-back partner.

Elsewhere in the backs, it’s Hugo Keenan at full-back with Jordan Larmour on the right-wing and James Lowe on the left.

In the centre, former Skerries Community College man Ciarán Frawley starts at inside centre with Garry Ringrose outside him at 13.

In the pack Ed Byrne is selected at loosehead prop, with Rónan Kelleher at hooker and Michael Bent at tighthead.

Prop Aaron Jarvis is recalled to the starting line-up as Dragons for the opening game.

Former Wales international Jarvis - who makes his first appearance since February - is one of three changes from the team that faced Bristol Bears in Europe last time out as Dean Ryan’s men travel to Ireland and the RDS Arena in Dublin.

Lock Joe Maksymiw is named and will partner Joe Davies in the second row while full-back Will Talbot-Davies is also called into the starting line-up. Leon Brown and Jordan Williams miss the league fixture through injury.

Changes to the bench see a place for loosehead prop Conor Maguire, who featured for Leinster at age-grade level.

Scrum-half Tavis Knoyle is also named on the bench and could make his 100th appearance in the Guinness PRO14 if he features at the RDS.

Knoyle, who has played for all four regions, stands just one game short of the milestone, having made his league debut back in April 2009. 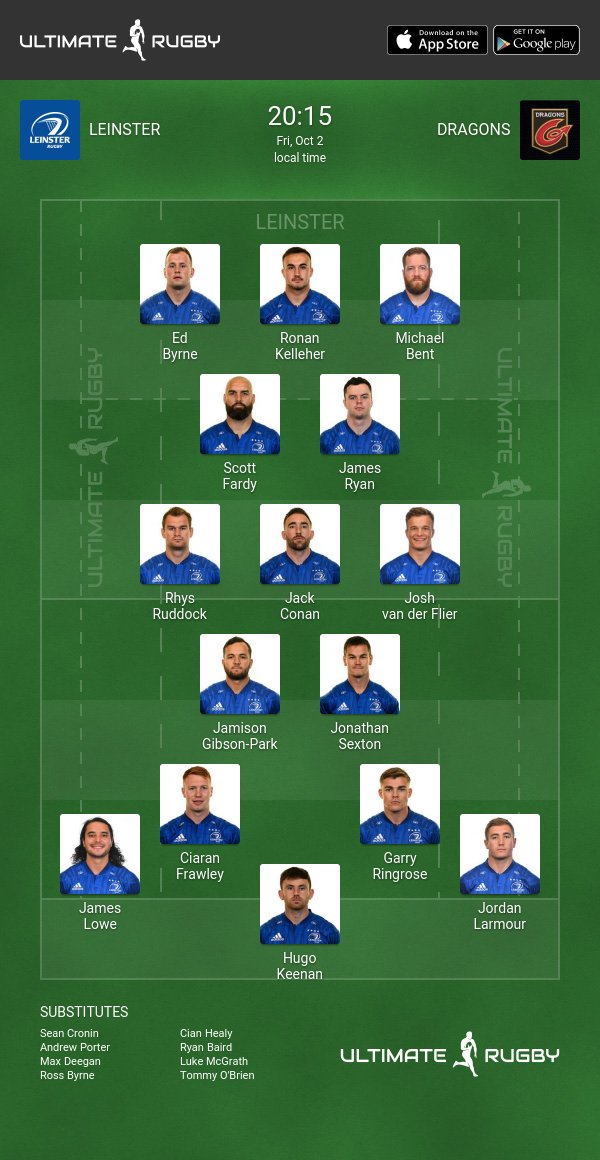 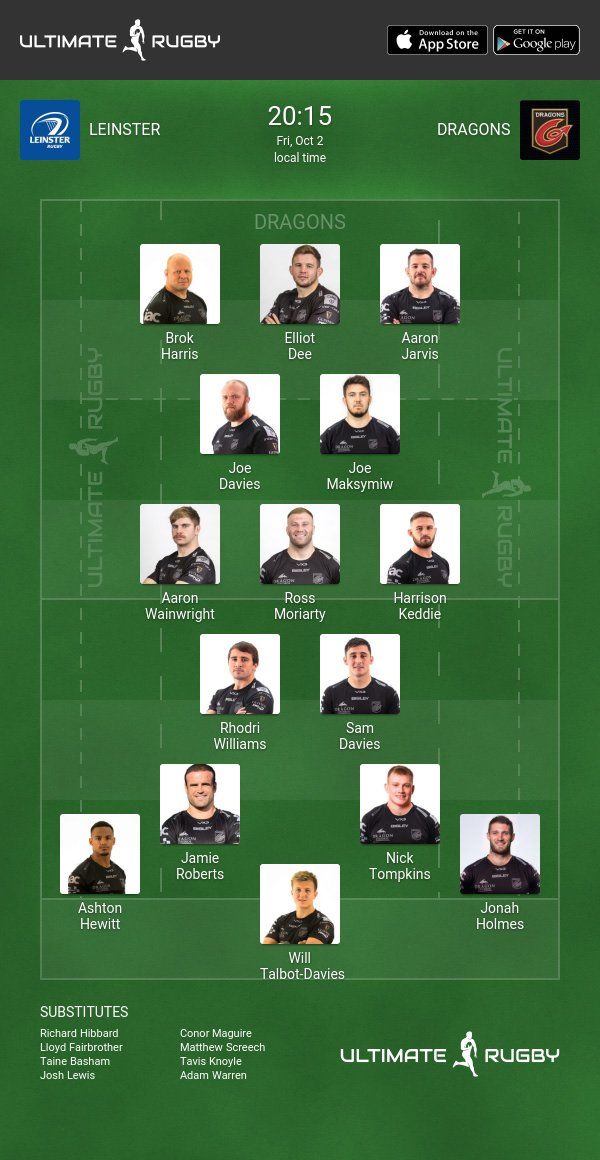