RANKED: The countries with the most test centurions

An elite group of 80 men's international players have reached the incredible milestone of 100 test caps.


Even some of the most talented players who have graced the rugby pitch could not reach the milestone during their careers.

Following another pulsating international window, we look at which countries have produced the most test centurions. 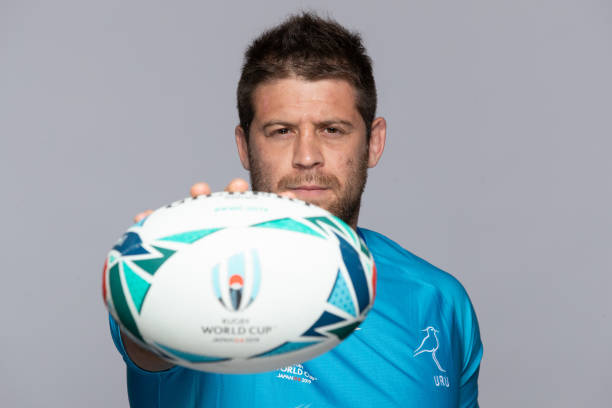 Diego Magno created a bit of history that somewhat flew under the radar during the July internationals as he became the first South American international to make 100 test appearances. 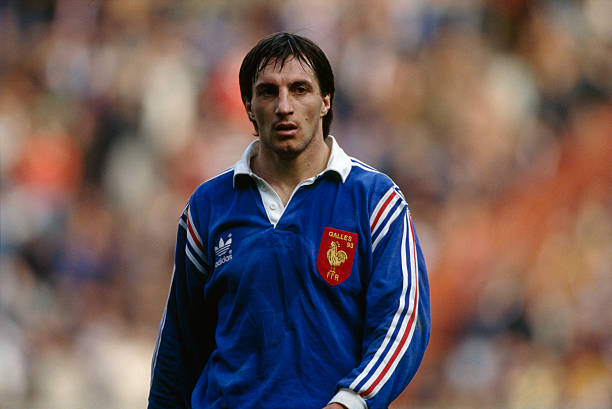 Only two Frenchman have reached the milestone of 100 test caps in Les Bleus.

Legendary centre Philipe Sella was the first player ever to reach the milestone, racking up 111 appearances between 1982 and 1995.

Current French manager Raphaël Ibañez came close, making 98 appearances, while Gael Fickou may be the next, having already made 71 appearances for France at the age of 28. 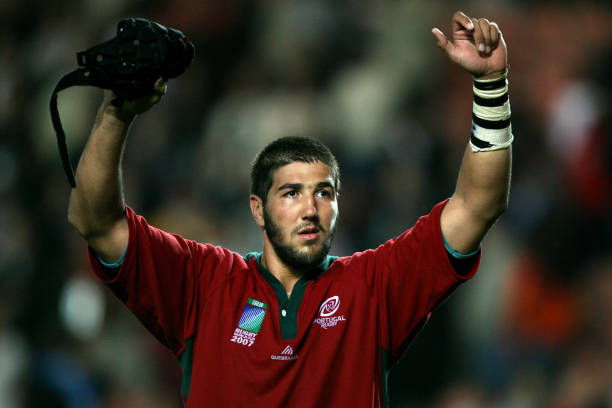 Brothers Vasco and Goncalo Uva are the only two brothers who have played over 100 test matches for Portugal.

Vasco Uva made his test debut in 2003 and reached the milestone before retiring in 2016 with 101 test caps. His younger brother Goncalo made his debut in 2004, and like his brother, he retired after 101 appearances in 2018. 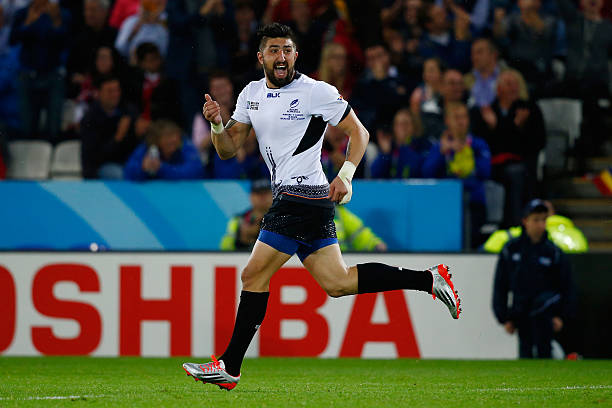 Florin Vlaicu tops the list with 129 appearances for his country, including appearances at the 2007, 2011 and 2015 Rugby World Cups. He is the most capped Tier 2 international player and is the only Tier 2 player to have scored 1 000 test points. 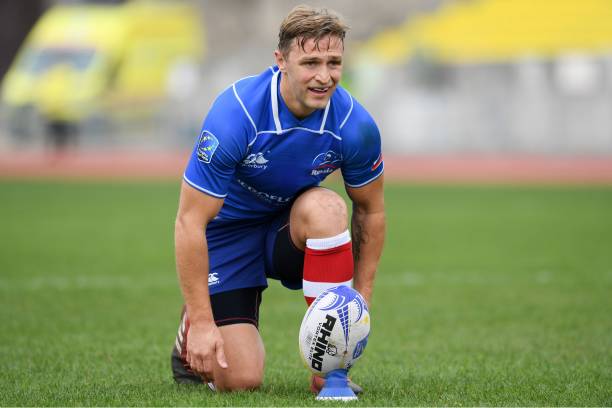 Yuri Kushnarev recently retired from international rugby and did so as Russia's most capped international with 120 appearances. He scored well over 700 points too.

Russia's only two other centurions are flankers, Andrey Garbuzov (100) and Victor Gresev (107). 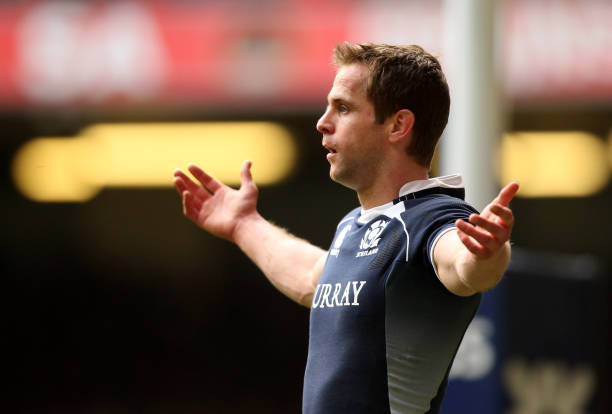 Scotland's all-time leading points scorer was the first man to reach 100 test caps for Scotland, with Chris Paterson reaching the milestone in 2010. He earned his 109th appearance and final test cap in the 2011 Rugby World Cup, his fourth World Cup tournament.

Sean Lamont reached the milestone during the 2015 Rugby World Cup, becoming just the second Scotsman to do so; his retirement followed two years later after 105 test caps and 14 tries.

Ross Ford was the third Scotsman to reach the milestone and is currently the country's most capped international. He earned 110 caps for Scotland and made one appearance for the British & Irish Lions Series in 2009.

Stuart Hogg is in line to become the fourth player, having earned 95 test caps to date.

If you are wondering about Mamuka Gorgodze, the popular Georgian retired after 75 internationals. 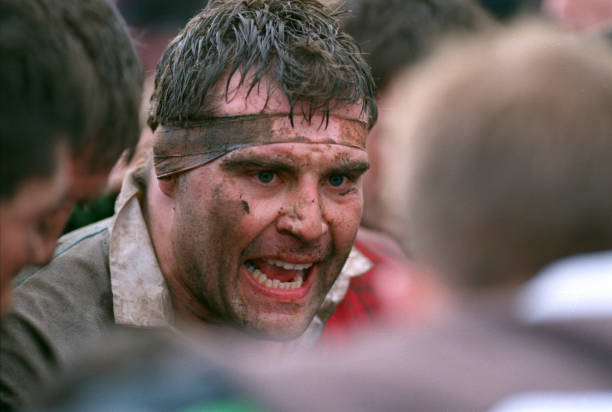 Before October 2020, Jason Leonard was the only Englishman to have played at least 100 test caps. The former prop represented England, a then-record 114 times with five further caps for the British and Irish Lions. 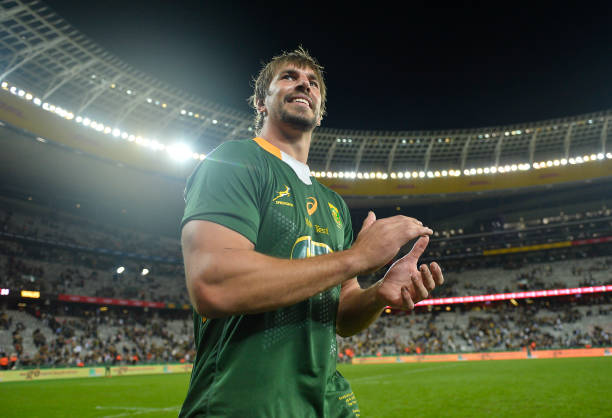 Eben Etzebeth became the seventh Springbok centurion in the Series deciding test match against Wales this July. The abrasive second rower is the youngest South African to reach the milestone, missing just 15 test matches since his debut in 2012.

Sharpshooter Percy Montgomery was the first South African player to reach the milestone in 2008.

2007 Rugby World Cup-winning captain John Smit was the next South African to reach the milestone in 2010. He captained the Springboks 83 times and retired as the most capped Springbok.

Smit's record appearance tally would be beaten by fellow World Cup winner Victor Matfield who came out of retirement to represent South Africa at the 2015 Rugby World Cup, where he took his test cap tally to 127.

Former centre and captain Jean de Villiers retired at the end of the 2015 Rugby World Cup with 109 test caps. 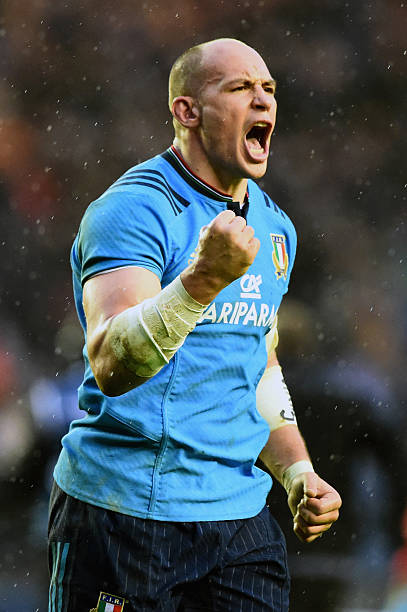 Sergio Parisse may add to his test cap tally but is currently the most capped Italian with 142 test caps; only Richie McCaw and Alun Wyn Jones have more.

Parisse leads the list of stellar of past Italian players, which includes props Martin Castrogiovanni and Andrea Lo Cicero Vaina.

Back rowers Mauro Bergamasco and Alessandro Zanni also made over 100 appearances for Azzuri as did lock Marco Bortolami and hooker Leonardo Ghiraldini.

Scrumhalf Alessandro Troncon is the only backline player to have represented Italy 100 times. 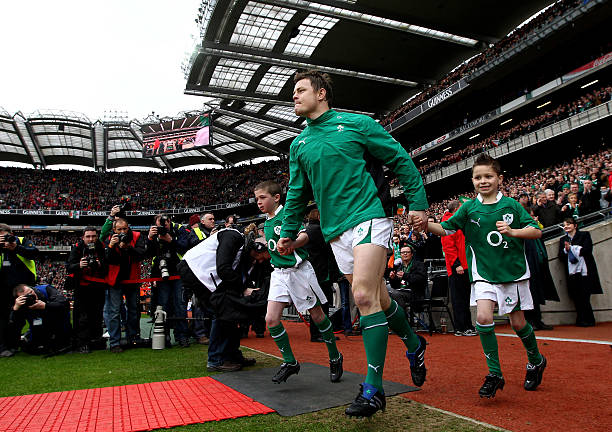 Ireland have had their fair share of legendary players who have graced the green jersey, with nine players reaching the 100 test cap mark.

While Ireland boasts nine test centurions, just seven have played 100 tests for the national team, with Conor Murray and Jamie Heaslip's tests with the British and Irish Lions' pushing them over the 100 test cap mark.

Murray's next cap for Ireland will be his 100th, while Keith Earls isn't far off, having come off the bench against New Zealand to earn his 98th test cap.

Cian Healy (118) is the most capped active Ireland player, while captain Jonathan Sexton has 114 test caps - including his six with the Lions.

Former captain Rory Best retired at the 2019 Rugby World Cup after earning his 124th test cap. Fellow former captain Brian O'Driscoll tops the list with 141 test caps and still holds the record for the most tries for Ireland (46). 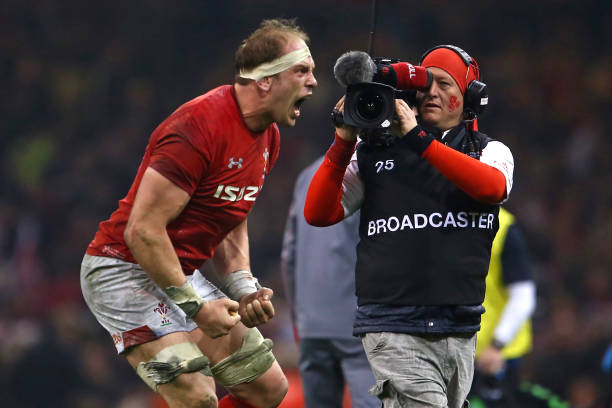 Wales veteran Alun Wyn Jones is the most capped international of all time as he earned his 165th test cap against South Africa in Cape Town.

Jones has a comfortable lead over Richie McCaw (148) in second place, overtaking the former All Black in 2020.

Dan Biggar is the latest Welshman to make 100 test appearances, reaching the milestone during the 2022 Six Nations. 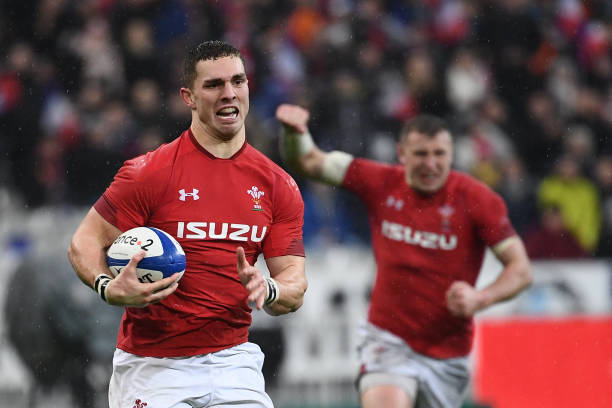 George North is the youngest player to reach the milestone at 28 years and 320 days old.

Leigh Halfpenny earned his 100th test cap in November 2020, with injuries preventing him from adding to his tally, while Jonathan Davies is currently on 102.

Flanker Martyn Williams and back Gareth Thomas made 104 and 103 appearances, respectively, while flyhalf Stephen Jones is third on Wales' all-time test list with 110. 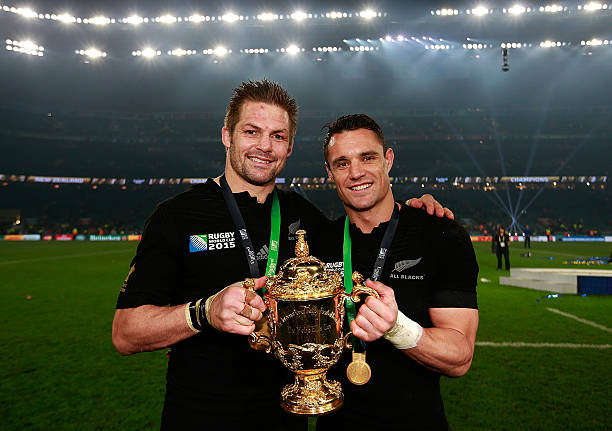 The All Blacks have produced some of the greatest players to grace the game, with 11 donning the Famous Black jersey over 100 times.

Aaron Smith (105), Beauden Barrett (104), and Sam Whitelock (134) are still adding to their tallies, with the latter getting closer and closer to Richie McCaw's (148) record.

McCaw's record extends further than just the number of tests he featured in as he became the first player to win 100 test matches and captained his country 111 times.

Props, Tony Woodcock and Owen Franks both played over 100 times for the men in black, with Franks' holding the unfortunate record of the most test caps without scoring a try.

Dan Carter played his 112th and last game four years later in England, beating Australia in the World Cup final. Hooker Keven Mealamu also played his final test that day, earning test cap no.132, as did Ma'a Nonu, who made his 103rd appearance. 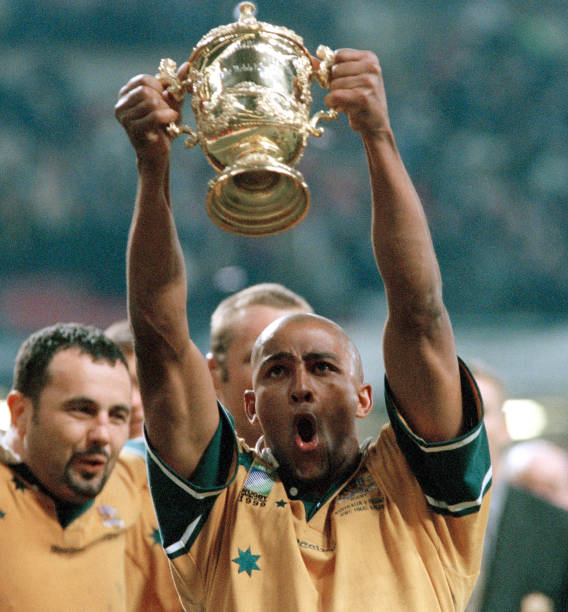 The Wallabies have more test centurions than any other country, with 13 players reaching the milestone.

George Gregan holds the record for the most caps with 139, with current Wallabies' captain Michael Hooper on track to better his tally of 121 test caps to date. Hooper held the record for being the youngest player to make 100 appearances, albeit for a few weeks before George North bettered it.

Hooper had taken over the record from fellow Wallaby flanker George Smith, who finished his test career with 111 caps.

Three front rowers have reached the milestone for the Wallabies; they are James Slipper (117), Stephen Moore (129), and Sekope Kepu (110). 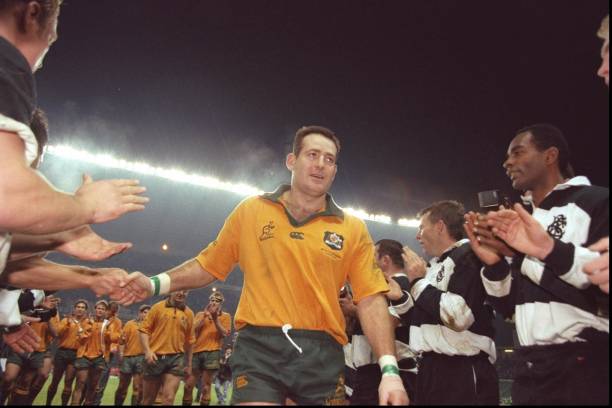 In 1996, David Campese became just the second player ever to make 100 test appearances but would make just one more in the Wallabies gold.

Adam Ashley-Cooper was known as Australia's Mister Fix-it with his ability to play fullback, wing and centre, which earned him 121 test caps for his country, the last of which coming during the 2019 Rugby World Cup.

Matt Giteau earned 103 test caps for the Wallabies between 2002 and 2016, bettering his former teammate Stephen Larkham by just one cap.

Finally, scrumhalf Will Genia earned his 110th test cap for the Wallabies during the 2019 Rugby World Cup quarter-final against England.