Melbourne Rebels head coach Dave Wessels has gambled with a new halfback combination for their clash with the Crusaders at Christchurch on Saturday.

Michael Ruru starts at scrumhalf, with Will Genia set to miss the trans-Tasman trip as part of the Wallabies rest policy, and is set to partner with flyhalf Matt To’omua.

Wallaby hooker Jordan Uelese earns a starting spot at hooker for the first time in 2019, after struggling with injuries at the start of the campaign.

Sam Talakai, Angus Cottrell, Tom English and Billy Meakes will all make their return to the starting XV, while Harrison Goddard will potentially make his second appearance of 2019 after being named on the bench.

Head Coach Dave Wessels says the changes within the side has created multiple opportunities for other members of the playing group, with Wessels especially coy on hooker Jordan Uelese earning his first start of the season.

“It’s nice to have Jordy (Jordan Uelese) back,” Wessels said.

“We’re in a position where we have three hookers playing well. I think Roachy (Hugh Roach) has played well, but he’s played a lot of minutes in the last couple of weeks, so he gets a breather and Jordy is fresh and ready to go.”

Wessels also says the resting of Quade Cooper came down to the star play maker needing reduced minutes after a heavy workload.

“Quade’s had a massive workload, he’s played every game so far,” Wessels said.

“For him to be able to have a breather is handy for us and to Matt To’omua’s credit he’s fitted in well.”

With so many changes slated for the side, Wessels has rebuked suggestions his side is looking to load up for the Club’s final home game against the Chiefs, saying the Rebels are not in the position to do so.

“We don’t have the luxury of taking things easy,” Wessels said.

“We’ve got to fight for every opportunity, and this is another opportunity.” 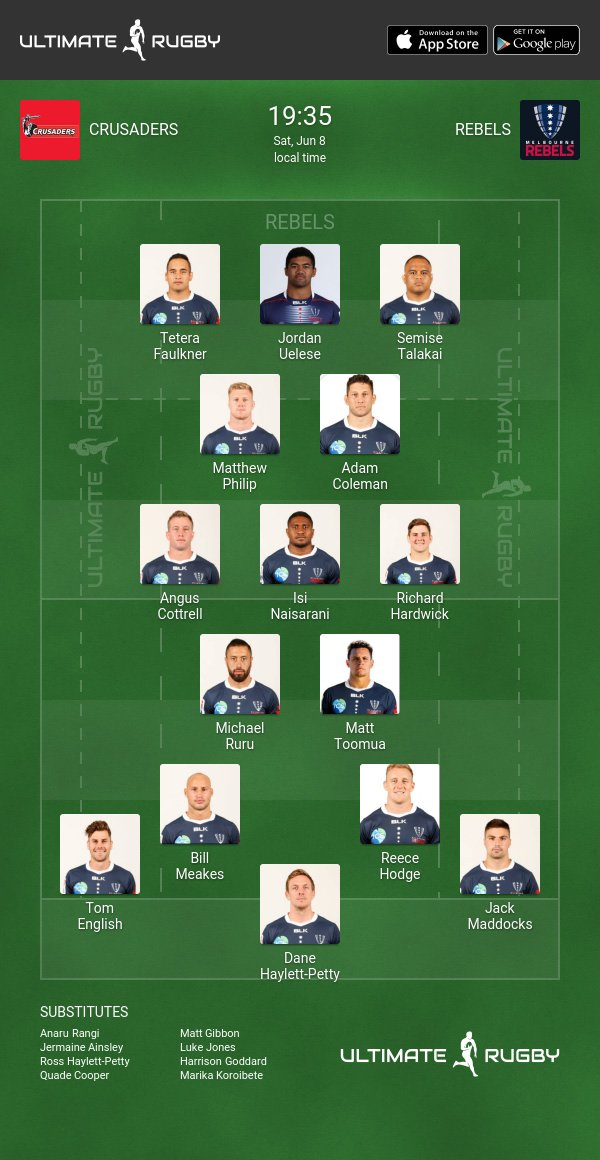