Revealed: How The Draw Will Work For The 2023 Rugby World Cup

World Rugby and the France 2023 Organising Committee have announced that the Rugby World Cup 2023 Draw will take place in Paris at Palais Brongniart on 14 December 2020.

The Draw will be pushed back from the previously announced date by two weeks to 14 December 2020 owing to the ongoing impact of the Covid-19 pandemic on rugby and event hosting activities.

Celebrating 200 years since the birth of the sport, Rugby World Cup 2023 will be contested by 20 teams, of which 12 are automatically qualified owing to a top-three place in their respective Rugby World Cup 2019 pools: champions South Africa, England, Wales, New Zealand, Japan, France, Australia, Ireland, Scotland, Italy, Argentina and Fiji.

As previously announced and in line with previous Rugby World Cups, the teams will be seeded based on World Rugby Rankings and positioned into three bands of four teams.

The remaining eight teams will come through the regional qualification process and will be allocated into bands four and five based on relative strength. They consist of Americas 1, Americas 2, Europe 1, Europe 2, Africa 1, Oceania 1, Asia / Pacific 1 and the Final Qualifier Winner.

Acknowledging the global COVID-19 impact on international rugby in 2020, with some teams not playing this year, and to be fair to all qualified teams, the Rugby World Cup Board has decided that the World Rugby rankings as of 1 January 2020 will be used to determine the five bands. This represents the fairest scenario given it was the last time that all teams were able to play. 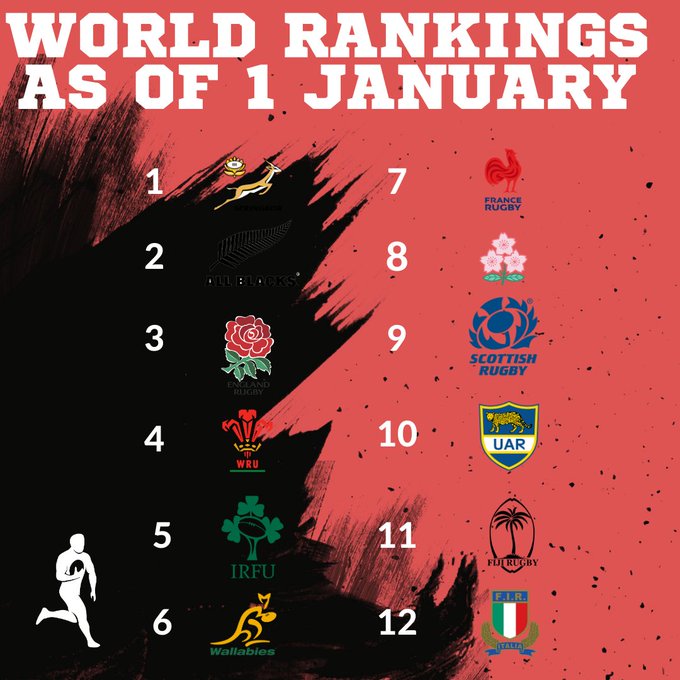 Building on the record-breaking success of Japan 2019, Rugby World Cup France 2023 aims to a be a spectacular event and the most impactful Rugby World Cup ever. The tournament will set new standards in social responsibility, inclusion and sustainability for a major rugby event, leaving a tangible legacy that benefits local communities within the host country and around the world.

Meanwhile, the Rugby World Cup Board has recommended that the draw for future Rugby World Cups should take place no earlier than one year proceeding the event to ensure the pools better reflect performance at the time.