With Super Rugby Aotearoa about to kick off, we take a look at ten youngsters, two from each of the five New Zealand franchises who will be great value during the 10 rounds of action.

The Blues have an embarrassment of riches in the backs particularly with the additions of Beauden Barrett and Dan Carter.

The arrivals of the All Blacks pair overshadowed the return of electrifying winger Caleb Clarke. The 21-year-old was released by the Blues to represent the All Black Sevens at the Olympics but has since returned to the Auckland based side after the Olympics postponement.

The flyer's opposite winger, Mark Telea, is another player to keep an eye on after a sublime start to his Super Rugby career scoring 5 tries in 7 matches and has beaten an incredible 54 defenders and made 14 clean breaks in those 7 games.

Yet another back-rower but Hoskins Sotutu rightfully earned his place on this list.

Sotutu is another powerful ball carrier and has already been tipped for higher honours with the All Blacks after just seven Super Rugby caps.

Again, he isn't the only exciting youngster in the Blues pack with Dalton Papali'i, Ezekiel Lindenmuth and Jacob Pierce all showing potential.

Warren Gatland is certainly spoilt for choice in his backline with numerous options particularly in his centres. Anton Liernet-Brown is the go to starter with his partner likely to change multiple times over the 10 rounds.

However, one man to get excited about his 21-year-old Quinn Tupaea. An outside centre with excellent pace, Tupaea proved himself at Mitre 10 Cup level with Waikato before earning a Super Rugby contract under Gatland.

He has featured in 4 of the Chiefs 6 games so far this year but may get more opportunities to excite.

A powerful second-rower who has enjoyed a fine start to his rookie Super Rugby season.

Ah Kuoi signed for the Chiefs ahead of the 2020 Super Rugby after impressing for Wellington and the New Zealand u20s last year.

Warren Gatland has quite an experienced forwards roster at his disposal with the likes of Atu Moli, Mitchell Brown, Lachlan Boshier and others in their mid-20s but the 20-year-old Ah Kuoi has impressed off the bench and could push for a few starts during Super Rugby Aotearoa.

There was plenty of options to chose from in the Crusaders team. Leicester Fainga'anuku, Will Jordan, Fergus Bruke, Eretara Enari and Brett Cameron amount others are fantastic prospects and are worth keeping eye on.

However, one test Braydon Ennor gets our vote. Ennor has already formed a fantastic partnership with Jack Goodhue in the Crusaders midfield and is more than capable of playing on the winger.

Ennor has fantastic speed, passing game and is simply a joy to watch.

Normally a side would struggle to replace a veteran openside flanker like Matt Todd but the Crusaders are not your normal club with the side plucking out youngster Tom Christie from Canterbury.

A former New Zealand u20s captain, Christie has delivered on his early promise for the Crusaders and was Super Rugby's top tackler with 100 tackles in his first six games for the side missing just three and won 7 turnovers.

At 22, he certainly has a bright future ahead of him. The Crusaders have numerous other young forwards to look out for with Sione Havili and Cullen Grace both bright prospects in the back row. 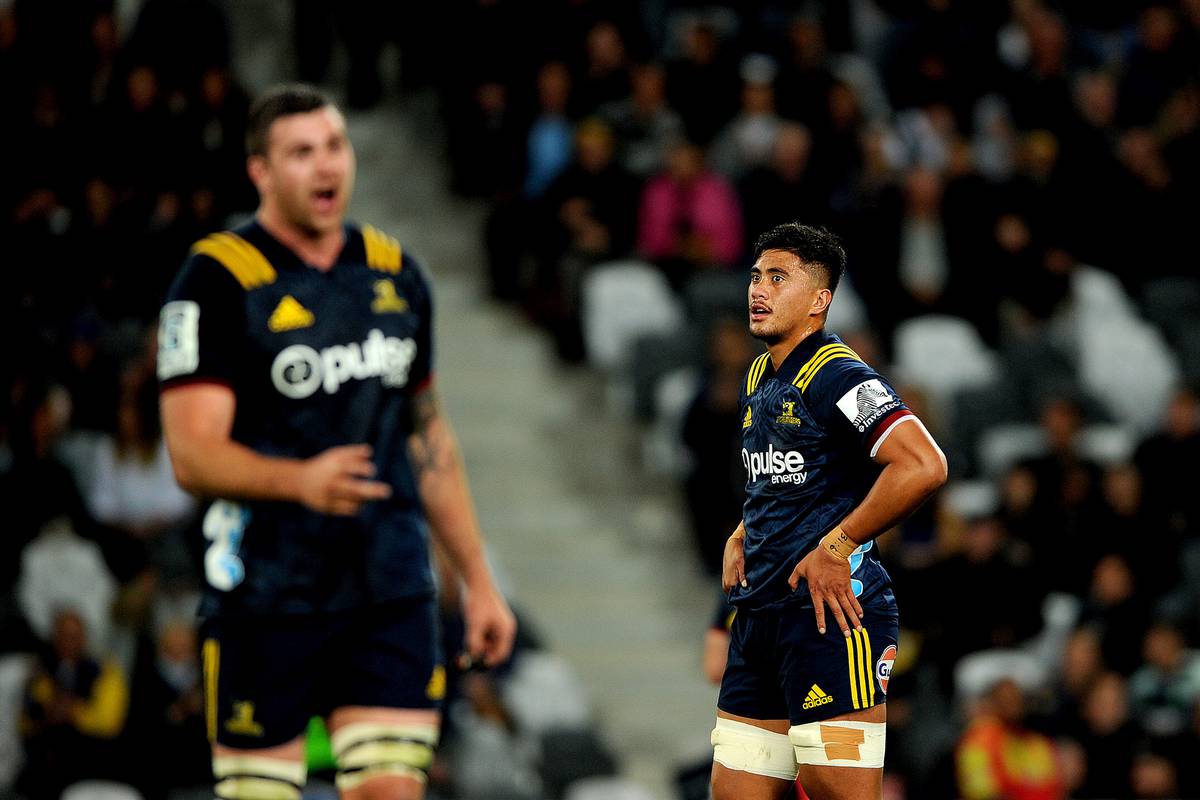 A powerful back-rower, Marino Mikaele Tu'u has seamlessly replaced Luke Whitelock as the Highlanders go to no.8.

He started all of the Highlanders Super Rugby matches before the season was brought to a halt and impressed with ball in hand and on defence.

A former New Zealand Schools and national under-20 representative, he has come through the ranks and is a real prospect for the future.

The signing of Nehe Milner-Skudder and the possibility of Ben Smith rejoining the Highlanders will grab the headlines but before the enforced break of Super Rugby, Jona Nareki was making his presences known.

A former New Zealand Sevens star, Nareki enjoyed a rip-roaring start to his Super Rugby career scoring three tries in his first 5 games of the season including a try against the Sharks on his debut in round one.

The 22-year-old will certainly form a brilliant back three with the likes of Smith and Milner-Skudder.

The Hurricanes have their fair share of young and upcoming forwards in their ranks.

Du'Plessis Kirifi is the same age as hooker Asafo Aumua while the likes of Isaia Walker-Leawere and Devon Flanders also have bright futures.

However, we have picked out Kirifi with the openside flanker quickly becoming one of the side's standout performers.

The younger brother of All Black and Northampton Saints centre Matt Proctor, Billy like his brother is an intelligent centre with a wide range of skills that give him the ability to play in both midfield positions.

Proctor has been tipped for great things in New Zealand rugby and the faith put in him is highlighted by the fact that the Hurricanes signed im on a five year deal at the age of 19! The contract is the longest the Hurricanes have offered a player since the club was formed in 1996.

Having represented New Zealand u20s, Proctor made his Hurricanes debut against the Waratahs in Sydney last year and featured in 5 of the Hurricanes 6 games in 2020 so far.