Japan have recalled Michael Leitch to their starting XV for Saturday's clash with Samoa, with Jamie Joseph urging the Brave Blossoms to capitalise on their stunning Rugby World Cup win over Ireland.

The tournament hosts have an outstanding opportunity to reach the quarter-finals for the first time but cannot afford any let-up going into their final two Pool A matches against Samoa and Scotland.

Leitch surprisingly began the Ireland game last Saturday on the replacements' bench, but his introduction before half-time fortified Japan and Joseph has reinstated the former captain in the back row.

Coach Joseph is aiming to surpass the achievement of Eddie Jones' 2015 team who won three out of four matches in the pool stage and fell agonisingly short of a last-eight place, missing out on points difference to Scotland and South Africa.

Jones' side beat Samoa 26-5 in Milton Keynes four years ago, and Joseph, who is proving a worthy successor to the man who now leads England, believes Japan are an increasingly strong unit.

Joseph said: "I think there's a number of things we've been working on. The coaches have a lot of input around creating leaders and guys who, in moments like [the Ireland match], can actually be confident enough to make decisions, execute skills, change the plan and be resilient, whatever it takes to get the result. That's not a one-week project. That's had a big part to it.

"We've been able to improve our squad over the last year with Pieter [Labuschagne] coming into our team, being eligible to play for Japan, and that's contributed a different level of leadership for us and support for players like Michael [Leitch] who have been often isolated as the only leader.

"I think a lot of it is how we build the team culture around... I think the word is 'equality': getting everybody to contribute."

But Leitch knows the onus is mainly on him to deliver results, adding: "I'm the boss and the buck stops with me and the players understand that." 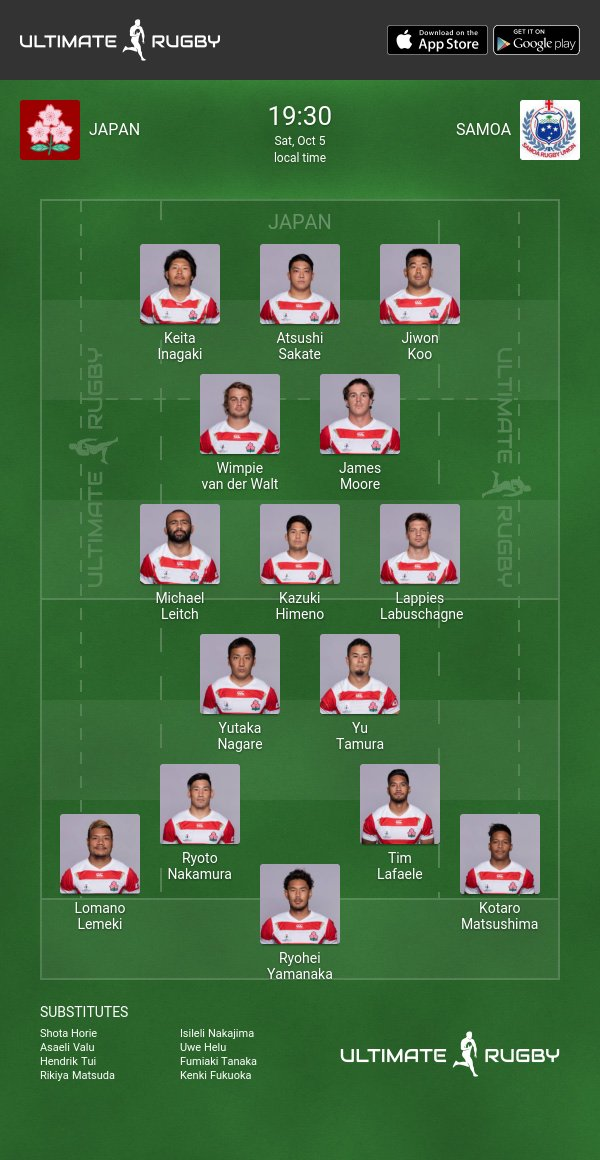 Japan's 19-12 win over Ireland, the world's top-ranked team, means they start as strong favourites to see off a Samoa side who were thumped 34-0 by Scotland last time out.

Samoa coach Steve Jackson said his team were "hurting, and so they should" after that heavy loss.

Wing Ed Fidow was sent off against the Scots and Samoa were initially expecting he would be banned after giving away two penalty tries; however, a World Rugby disciplinary panel ruled the red card was sufficient punishment, and he will start against Japan.

Jackson has seen injury and suspension worries test the depth of his squad, and he has made six changes for the Japan game as the islanders eye an improved performance.

"There's no point in dwelling on what we don't have. We've got to move forward with what we've got and pick this group up," Jackson said in the wake of the mauling by the Scots.

"We need to get back on the horse and prepare well for Japan, and if we get the result against Japan we're right back in it.

"I suppose for us, moving into Saturday, there's things we're going to do against Japan that we've trained for."

He said Samoa must "mentally freshen up" and show "clarity in our game" going into the encounter in Toyota City. 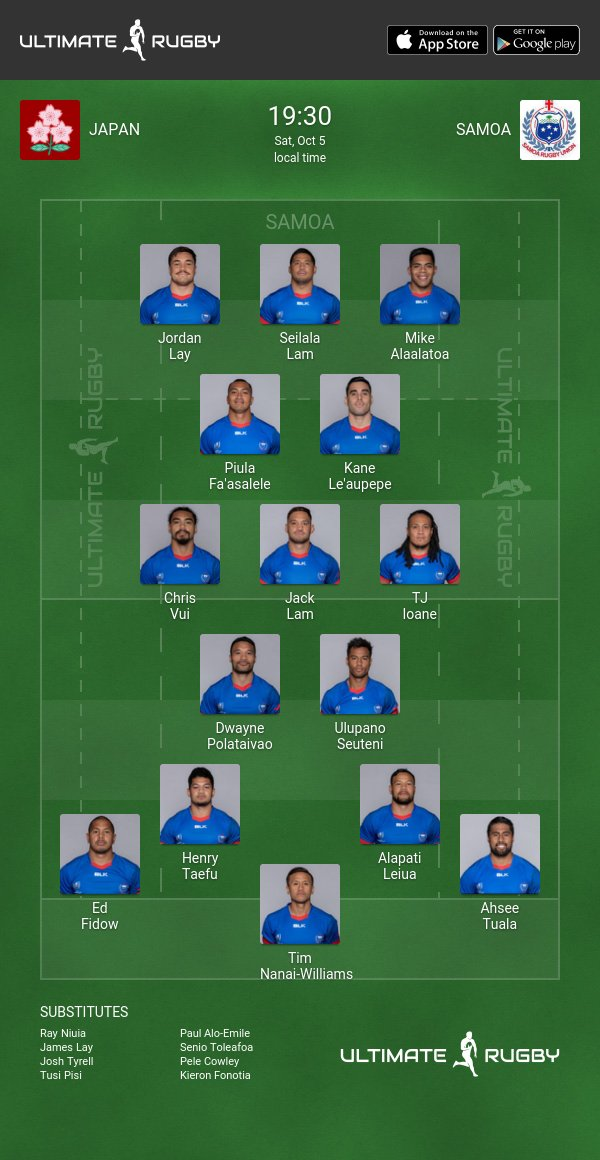 Fly-half Tamura has arguably not been at his best so far in this tournament, despite kicking Japan to victory over Ireland last time out. He spoke of the intense pressure on his shoulders before the tournament began, and that is not about to shift, but Tamura is talking a sensible game now too, telling Japan to forget about their famous win and focus on Samoa. He will again have a huge role to play.

Fidow would have expected to be banned for this game; coach Jackson certainly thought he would be without the wing. But the Worcester-bound 26-year-old escaped a suspension for his red card against the Scots and will want to make the most of his reprieve. His two tries in the victory over Russia showed he has got game, and Japan will be wary of his threat.

- Japan have won their last two matches against Samoa, as many as they had won in all of their previous 13 meetings (L11).
- Japan have now won their last four Rugby World Cup games on the bounce; no other non-tier one team have ever won more than two in succession.
- Tusi Pisi (57pts) requires a tally of just six points to eclipse Silao Leaegailesolo (62pts) as the all-time top point-scorer for Samoa at the Rugby World Cup.
- Kazuki Himeno has made the most carries (33) and metres (169) of any player in the Japan squad at this Rugby World Cup. He has also yet to miss a tackle (24/24).