South Africa are aiming to shrug off their opening Rugby World Cup loss to New Zealand and Kwagga Smith believes they will have no problem putting that defeat behind when they face Namibia.

The Springboks were many people's tip to dethrone the All Blacks - winners of the last two World Cups - but a 23-13 win for the holders in Pool B last Saturday reaffirmed that New Zealand remain the team to beat.

Rassie Erasmus' side are already 10 points behind Italy following their two bonus-point wins and know they cannot afford to slip up in their final three games - starting with Namibia on Saturday - as they chase a quarter-final berth.

Smith, who will start at openside flanker against Namibia, intends to utilise his experiences of sevens rugby to ensure South Africa do not dwell on their New Zealand defeat.

Both Smith and wing Cheslin Kolbe were part of the South Africa sevens team that won bronze at the 2016 Olympics.

"In a sevens tournament, you don't have time to doubt yourself if you lose the first game," Smith said in quotes published on the Rugby World Cup's website.

"It has happened before, and we won [sevens] tournaments like that. It's about focusing on the next game and doing what you can to win the game. 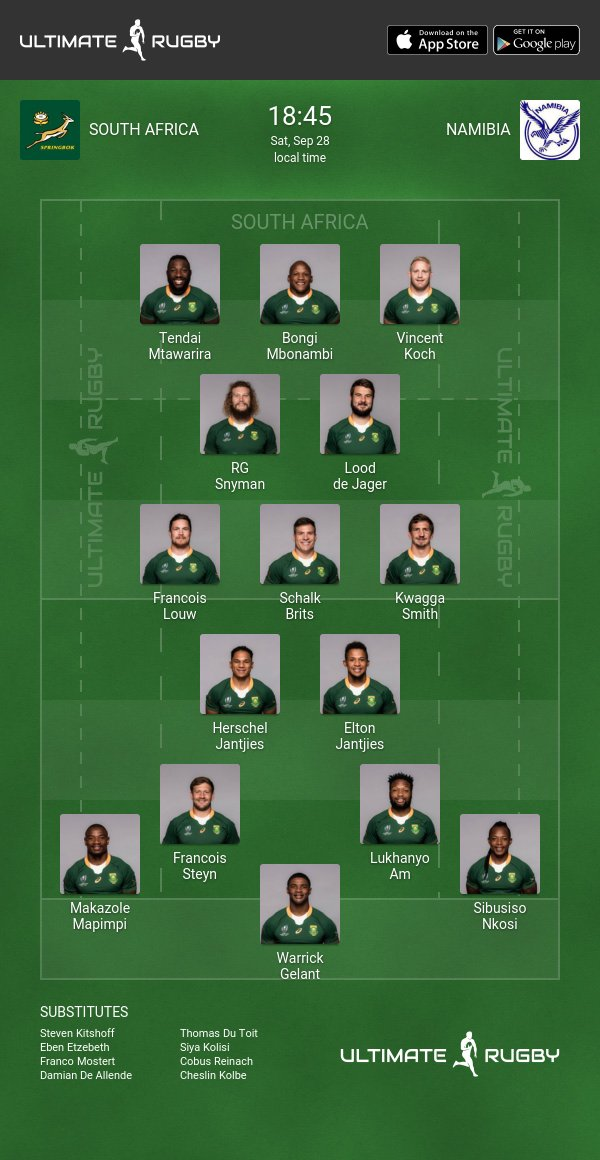 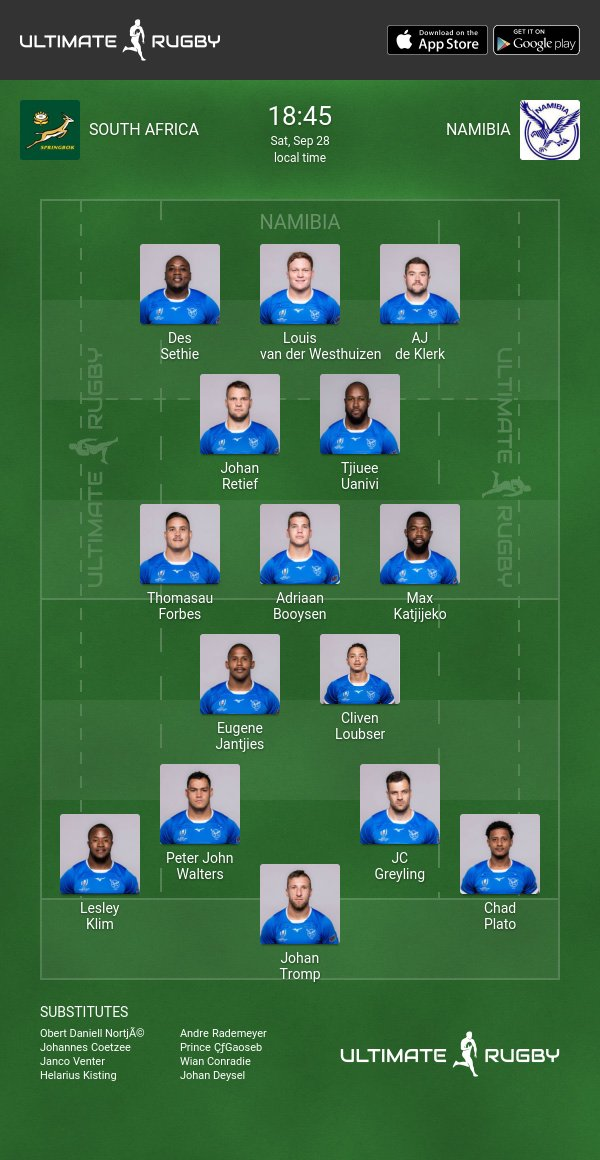 The Springboks will have a new-look back-three combination against Namibia. Mapimpi is the only man to keep his place and he will see this game as an opportunity to continue his excellent international record. The wing has scored eight tries in nine appearances for South Africa.

Scrum-half Jantjies is featuring in his fourth World Cup and is his country's most-capped player. After coming off the bench against Italy, he has been promoted to the starting line-up and will make his 68th international appearance.

- South Africa have met Namibia just twice before, with the Springboks winning both clashes and scoring 192 points in the process. Their only previous meeting at a World Cup ended in an 87-0 win for South Africa in 2011 - their largest ever victory in the competition.

- The Springboks have won 17 of their 18 World Cup matches against non-tier one opposition. Their lone defeat was Japan's stunning success in 2015.

- Namibia have played the most World Cup matches without recording a victory, losing each of their 20 games to date.