Joe Schmidt vowed Ireland will leave nothing to chance when they take on Samoa in their final Rugby World Cup pool match.

Saturday's encounter in Fukuoka was in doubt due to Typhoon Hagibis, which has forced the cancellation of England's encounter with France and New Zealand's clash against Italy.

However, the match is set to go ahead as scheduled, even though doubt remains over whether pool rivals Japan and Scotland will be able to play out their crucial game on Sunday.

Ireland sit second in Pool A, three points behind hosts Japan and one ahead of Scotland, meaning a bonus-point win over Samoa for coach Schmidt's team would be enough to secure progression into the last eight.

Should Sunday's match be cancelled then Ireland would be guaranteed a place in the knock-out stage as long as they avoid defeat against Samoa, but Schmidt was adamant his side will be going all out for the win.

"There was a lot of talk amongst the players post-training when we found out," Schmidt said, discussing the match cancellations. "We've got to make sure that our game gets finished with the right result for us.

"It's not something I can control. I only know what we need to do. It's a situation nobody wanted to have and there will be a couple of teams that are massively disappointed.

"From that perspective, that's disappointing, but from our perspective all we can do is what we can control." 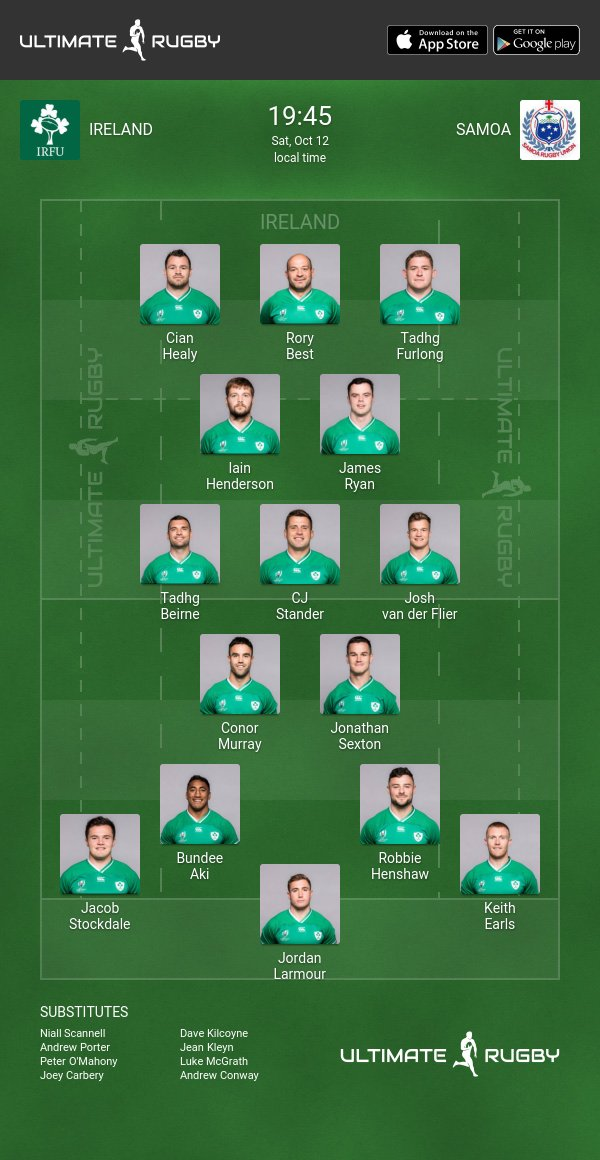 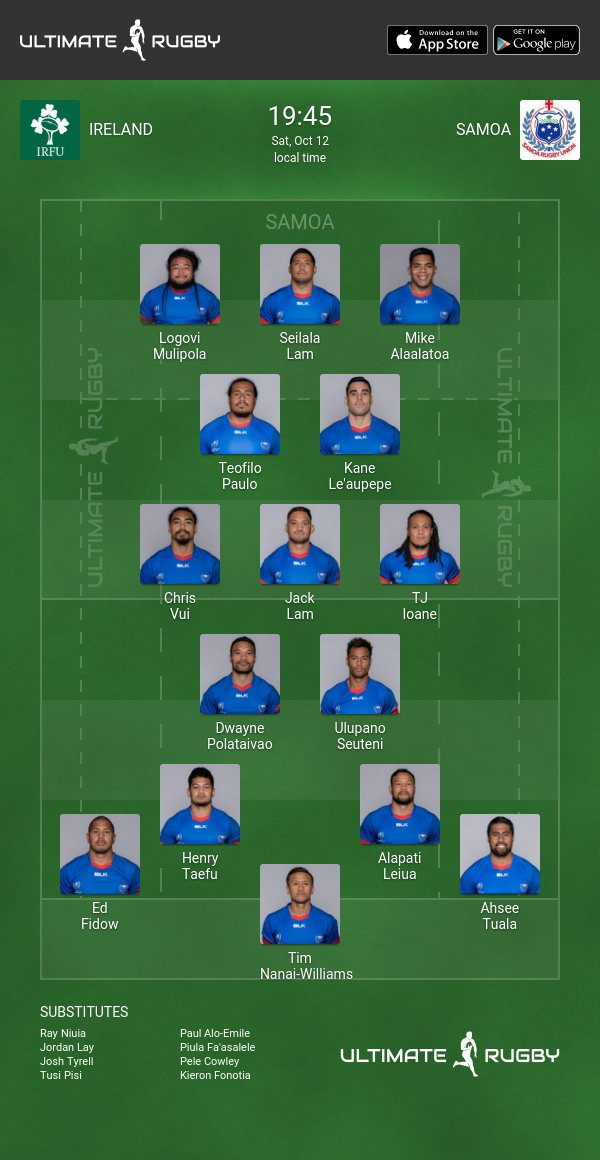 It has been a frustrating time for centre Robbie Henshaw, who will be keen to make his mark having been named in Schmidt's side after missing the first three matches through injury.

"We've gone with the guys who could give us the best preparation into the game," Schmidt said of making 11 changes. "Robbie is fresh and we're excited to have him in there."

Samoa will be determined to spoil Ireland's party, with second row Teofilo Paulo - who is without a club after leaving London Irish earlier in 2019 - likely to be key. The 31-year-old sat out the defeat to Japan, and acknowledged Saturday is his biggest chance to prove his worth to potential suitors.

"I obviously don't want to be selfish and try to do the thing myself because the team comes first, and I'll obviously try to do my job for the team as best as I can, and leave the contract side off-field," Paulo said. "But obviously it's a bit stressful that the World Cup is coming to an end and nothing is up on the table."

- Samoa have lost their last 10 games against tier-one opposition at the Rugby World Cup, with their last such victory coming back in 1999 against Wales.
- This match will see Rory Best tie Ronan O'Gara for the third most Rugby World Cup appearances for Ireland, with 14 each. Only Paul O'Connell and Brian O'Driscoll (17 each) have played more games for Ireland at the tournament.
- Keith Earls needs one try to become Ireland's outright second highest try-scorer in Test rugby. He and Tommy Bowe are tied on 30 tries, behind Brian O'Driscoll's tally of 46.