Director of Rugby Mark McCall insists the reintegration of the club’s international players has been incredibly positive as several prepare to make their Championship debuts this weekend against Bedford Blues.

Hooker George will captain the side on Sunday with Owen Farrell, who was named new Club Captain this week, missing out with a slight strain.

Elliot Daly will also start at outside centre, while Sean Maitland returns to the left wing as one of eight changes to the starting XV that recorded a bonus-point win over Richmond.

Academy products Joel Kpoku and Andy Christie earn their first Championship starts of the season, Kpoku partnering Itoje in the second row and Christie coming in at blindside flanker.

There are two new faces among the replacements as hooker Ethan Lewis could make his debut for the club from the bench, while Janco Venter provides back-row cover as he returns from injury. 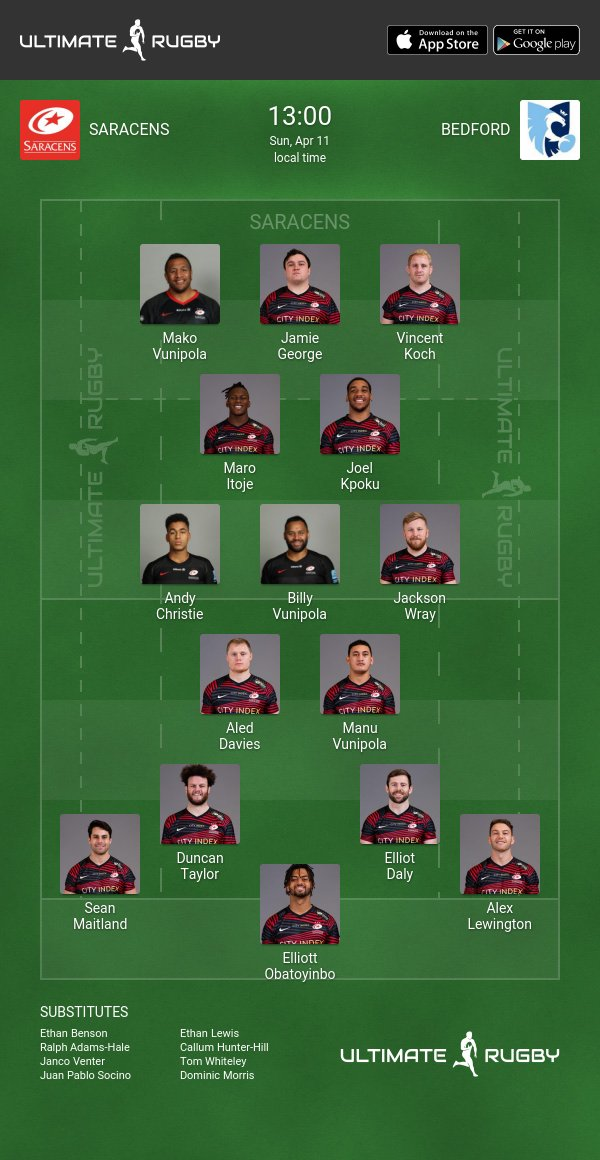 Mike Rayer has named his squad as Bedford Blues travel to the StoneX Stadium on Sunday in hunt of upsetting the odds against a Saracens side expected to be at full strength for the first time this season (KO 1pm).

A historic fixture dating back more than 120 years, Bedford Blues will reach the halfway point of the Championship season after this weekend hoping to cause shockwaves by beating Saracens for the first time since 1993.

On his 475th match in charge of Bedford Blues, Rayer makes six changes to the side and can welcome back Henry Paul and Elijah Niko from injury.

Paul – who plays for the first time in this season’s Championship – is one of two prop changes as Emmanuel Iyogun starts his first Bedford game after impressing from the replacements in recent weeks. The final change within the forward pack sees Will Carrick Smith return to form a familiar second row partnership alongside Lewis Bean.

In the backs, there are a further three changes as Connor Tupai starts, following his suspension, in the number nine jersey. Elijah Niko returns to outside centre and Pat Tapley gets the nod on the wing. 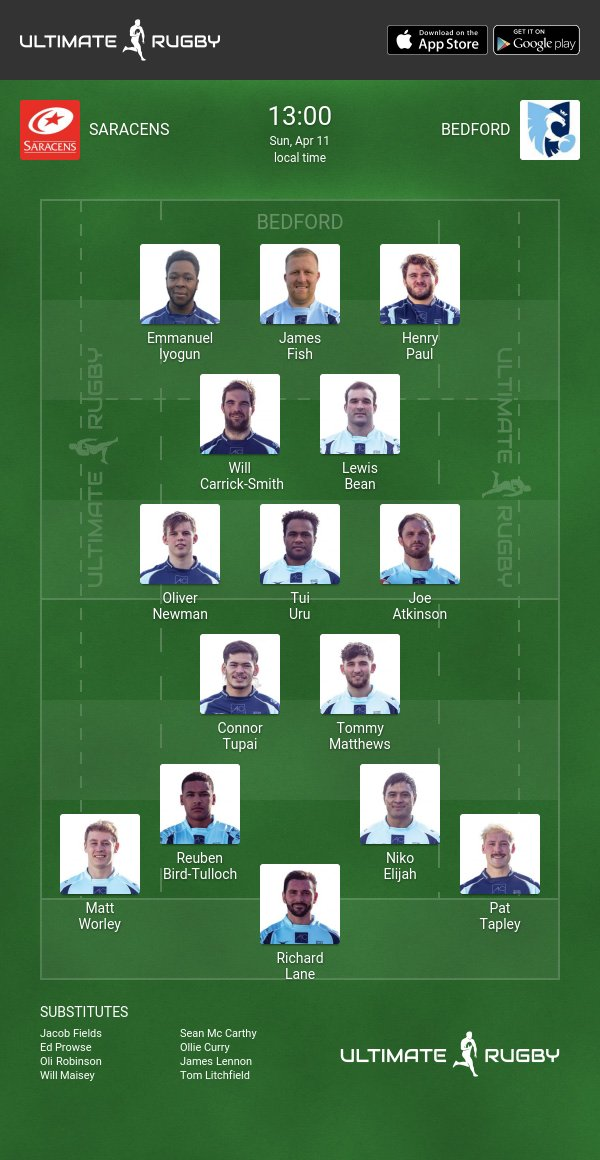