Harlequins, Exeter, Sale Sharks and Northampton Saints kick off the 2020/21 Premiership season on Friday before the action continues on Saturday and Sunday.

Bath and Newcastle get the ball rolling on Saturday at 12:30 before Leicester Tigers and Gloucester face off at the same time (15:00) as Worcester Warriors v London Irish. The opening round of action concludes with the mouth watering clash between Wasps and Bristol - a replay of the 2019/20 Premiership semi finals. 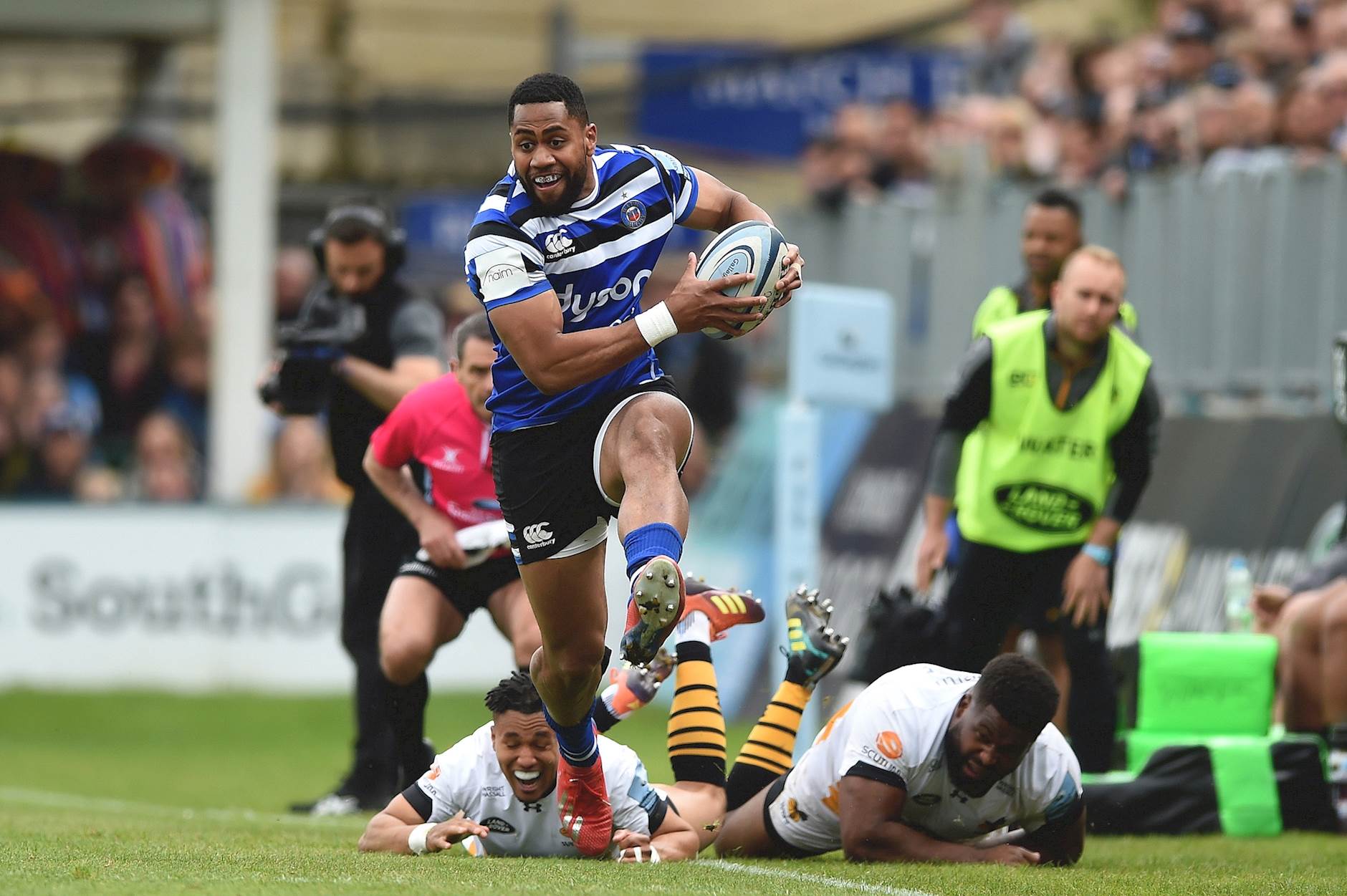 Josh McNally will captain Bath as they host the newly promoted Newcastle Falcons on Saturday. Lewis Boyce, Jack Walker and Henry Thomas form together in the front row for the first outing of the season with McNally and Will Spencer at lock. Mike Williams, Miles Reid and Zach Mercer come together in a new-look back row.

Ben Spencer and Rhys Priestland will look to reignite their partnership from post-restart last season as the nine and ten will look pull the strings tomorrow afternoon. Outside of this pairing Josh Matavesi will line-up against his former side for the first time and is joined in midfield by Cameron Redpath. Bath Rugby name a strong back three with Ruaridh McConnochie and Joe Cokanasiga positioned on the wide channels with young Tom de Glanville at full-back.

Newcastle Falcons will unleash an all-English back on their return to the Premiership. Former England centre Luther Burrell and Italian lock Marco Fuser make their competitive debuts for the Falcons, having both featured during home-and-away pre-season friendlies against Ealing Trailfinders. Open-side flanker Connor Collett makes his Premiership debut, scrum-half Michael Young captaining the Falcons against his former club as he forms a half-back partnership with former Ireland Under-20s fly-half Brett Connon. Ben Stevenson and Adam Radwan team up on the wings having scored a combined total of 21 tries in 29 games last season, while Tom Penny starts at full-back after impressing there during last Friday’s 21-12 home win over Ealing. 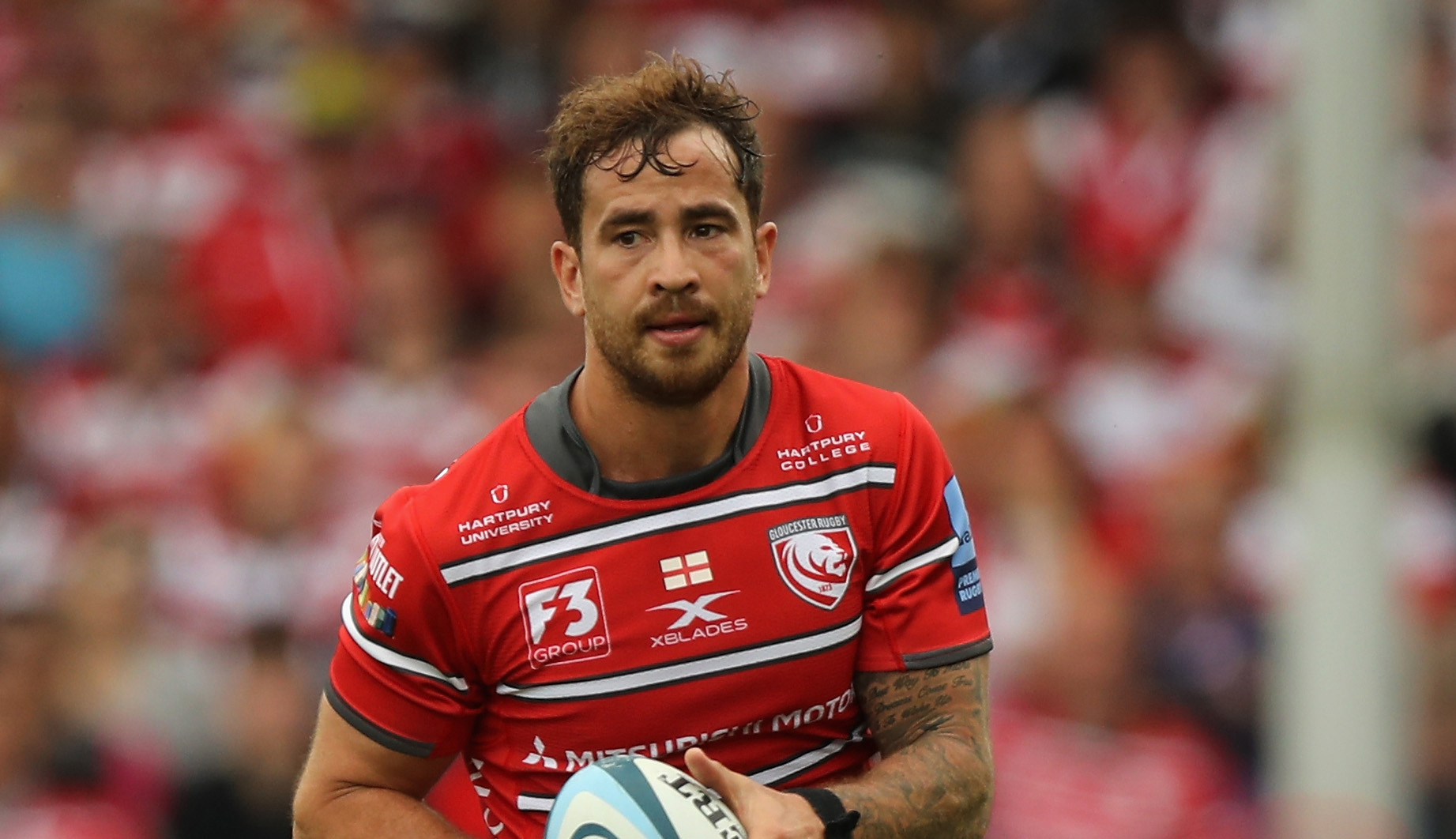 Leicester Tigers name four debutants in the matchday squad to open the season at home to Gloucester Rugby on Saturday. Steve Borthwick names new additions Richard Wigglesworth and Jasper Wiese in the starting line-up, with Joaquin Diaz Bonilla and Cyle Brink among the replacements. Former England international scrum-half Wigglesworth is joined by Zack Henry at half-back for the season-opener at Mattioli Woods Welford Road.

Harry Potter, Guy Porter, Jaco Taute and Kobus Van Wyk, who all made their debuts for the club during the extended 2019/20 season, are joined by academy graduate Freddie Steward in the backline. Wiese starts at No8 and he is joined by fellow South African back-rower Hanro Liebenberg and Tommy Reffell at the base of the forward pack. Harry Wells makes his 100th first-team appearance for the club and is joined by three more homegrown players in Tom Youngs, Dan Cole and Calum Green in the front five alongside Argentinian prop Facundo Gigena.

James Hanson makes a welcome return from injury for Gloucester and will pack down next to Val Rapava-Ruskin and Jack Stanley in the front row. Ed Slater and Matt Garvey combine in an experienced lock combination with Jordy Reid, skipper, Lewis Ludlow and Ruan Ackermann making up the back row. Joe Simpson and Danny Cipriani continue their successful half-back partnership and will provide a midfield combination of Mark Atkinson and Billy Twelvetrees with plenty of ball. Jason Woodward, Charlie Sharples and Matt Banahan are starting in the back three and complete the starting 15.

Jamie Gibson is set to make his Cherry and White debut off the bench having joined the club from Northampton Saints earlier this month and is part of an exciting list of replacements who will look to make the difference when they take to the field.

Amongst the replacements is Will Flinn, who has joined on-loan from Hartpury RFC. Scrum half Flinn, joined Hartpury over the summer from fellow Championship side Coventry RFC. The Exmouth RFC product formerly played in the Premiership Rugby Cup for local rivals, Bath. Worcester Warriors loosehead prop Callum Black is set to make his 100th appearance while lock George Merrick his first in Saturday’s opening match of the 2020/21 Premiership season against London Irish at Sixways. Merrick has also been named among the replacements having joined Warriors during the short break between seasons from Top 14 club Clermont Auvergne. Merrick returns to the Premiership after a season’s absence having previously played for Harlequins. Club Captain Ted Hill will lead Warriors having been released from England’s squad for the Autumn Nations Cup match against Ireland at Twickenham.

There are first Premiership starts for centre Oli Morris and back-row forward Joe Batley, who impressed in last Friday’s victory over Northampton Saints in a pre-season friendly at Franklin’s Gardens.

Matt Rogerson captains London Irish for what is set to be his 50th appearance for the Exiles. Harry Elrington, Motu Matu’u and Sekope Kepu form the front row, with George Nott combining with debutant Andrei Mahu in the second row. London Irish Academy’s Ben Donnell starts at blindside flanker and Ireland international Seán O’Brien returns from injury to get the nod at openside flanker. Captain Matt Rogerson completes the pack from number 8. Ben Meehan and Paddy Jackson are the halfback duo, as Curtis Rona partners Billy Meakes in the centres, the latter making his debut for London Irish. Ben Loader and Ollie Hassell-Collins are named on the wings, as Tom Homer is set to don the 15 jersey.

Jack Willis and Jacob Umaga return from international duty with England to take their places on the blindside flank and at fly-half respectively. Ben Vellacott and Lima Sopoaga are the only changes to the backline that played in the Premiership Final four weeks ago, replacing Robson and Minozzi. Malakai Fekitoa remains absent with a shoulder injury.

In the pack Tim Cardall and James Gaskell form the second-row pairing in the absence of Launchbury and Rowlands. Brad Shields, Kieran Brookes, Simon McIntyre and Alfie Barbeary all return to the matchday 23, having missed out on the final due to COVID contact tracing protocols.