Scotland coach Gregor Townsend has named his team for the Pool A match against Japan at Yokohama Stadium on Sunday 13 October.

Brown switches from flanker back to hooker for Scotland's final pool phase match.

Seven players return to the starting XV having been left out of the 23 altogether in midweek. Allan Dell, Jonny Gray, Blade Thomson, Greig Laidlaw, Finn Russell, Sam Johnson and Stuart Hogg make up that group.

Greig Laidlaw is named captain for the fifth time at a Rugby World Cup equalling the Scotland record held by David Sole and Bryan Redpath. 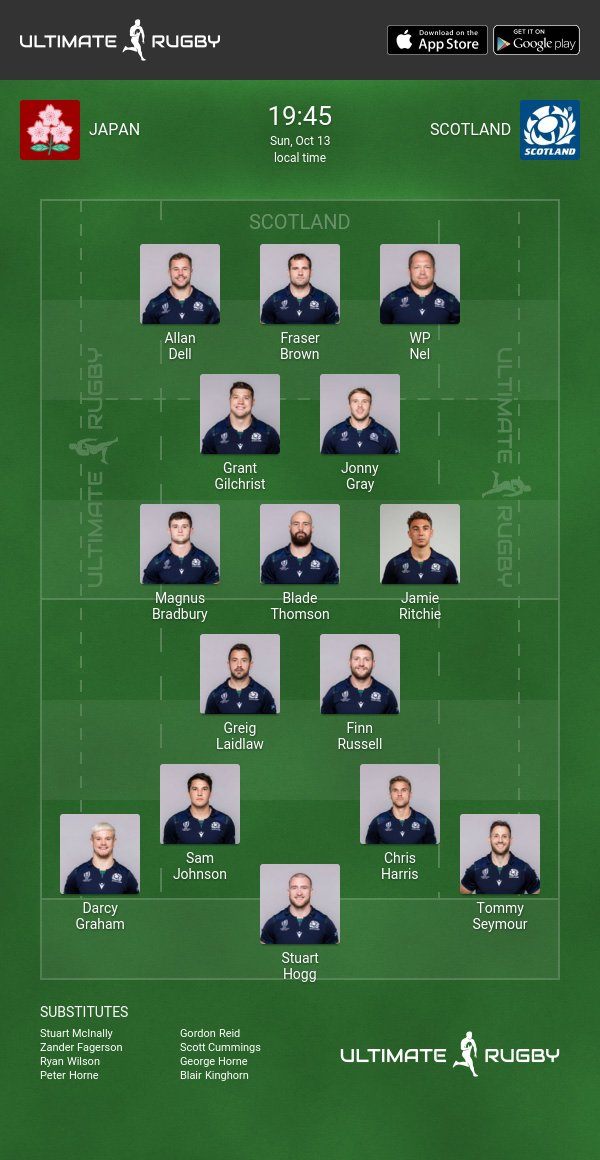