Edinburgh edged out Cardiff Blues in their clash at Murrayfield. George Taylor scored the only try of the match in a tight contest which saw Blues put up a spirited fight in the second half but it was not enough, allowing the home side to seal things up at 14-6.

Glasgow Warriors suffered a heavy defeat against Leinster. The Scots went down 55-19 and were never really in the game as the Irish ran rampant at the Aviva Stadium. 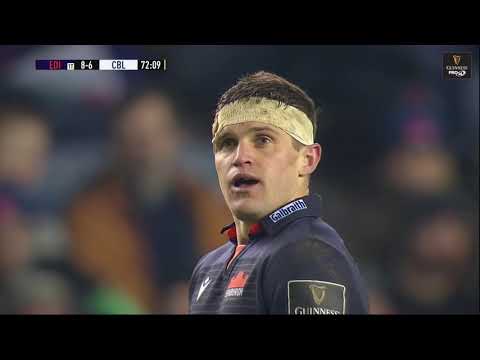 
The Scots were the stand-out tacklers in the past round, 4 of the top 5 being Glasgow Warriors players. Warriors' Matt Fagerson, however, was the top tackler of the round with a massive 31.

Edinburgh's Viliame Mata made the most carries of any Scottish player with 14.

Edinburgh's Pierre Schoeman and Viliame Mata were the Scots with the most turnovers (2 each).

Duhan Van Der Merwe (Edinburgh) was tie first with the most clean breaks of the round (4).