The only change in the Scottish starting XV to take on England in the Calcutta Cup this weekend sees Magnus Bradbury don the number 8 jersey in place of Nick Haining. Amongst the reserves, Simon Berghan comes onto the bench to reclaim the position he occupied last week before being ruled out by sickness.

Despite the obvious pressure, coach Gregor Townsend seems to be in high spirits.

“We were disappointed not to beat Ireland but the opportunity to face England, against whom we are bidding to retain the Calcutta Cup, is one that excites players, coaches and supporters alike.” he said.

Head coach Sean Lineen has opted for three changes to the team which were outdone 38-26 by Ireland last weekend.

Rufus McLean bows out with concussion to make way for Max Priestly while Harry Paterson replaces Jack Blaine. Thomas Lambert has also been rewarded with a starting berth ahead of Alex Maxwell.

Lineen is under no illusions about the daunting contest facing his players.

“We’ve got some good attackers in this team and they’re pretty skilful, but we’ve got to look after the ball a bit better than we did last weekend. England will be all about power, a lot of their individuals play Premiership rugby, they’re all very good players.” he said. 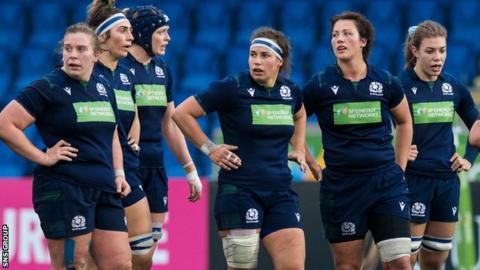 Head coach Philip Doyle has made three changes to his starting team from last weekend’s encounter with Ireland.

Hannah Smith and Megan Gaffney both picked up injuries and have been replaced by Sarah  Law and Evie Tonkin respectively. The former’s sister, Rachel, is the only uncapped player in the match-day squad.

Doyle recognises that his charges face a stern test against England but remains adamant that sticking to their game plan is top priority.