Scottish Teams To Face Italy in Round 3 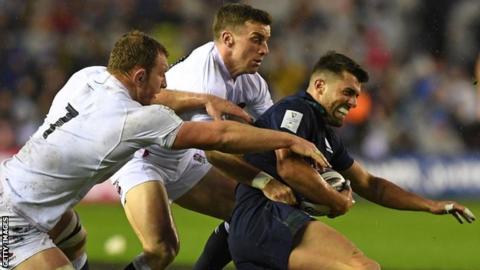 Coach Gregor Towsend has made three changes to the Scottish team to take on the Italians on the weekend.

“Chris has been excellent for Gloucester this season and has continued to make improvements since the summer. He works very hard on both sides of the ball, which will be important this week.

“Stuart [McInally] has shown over the past few weeks he’s back to full fitness and is raring to go and Ben gets an opportunity to start following Jonny’s injury against England.

“Second-row is a position we have a lot of competition with a number of very good players available for selection. We’re looking forward to seeing how he combines again with Scott [Cummings] after a successful outing together against Russia in the World Cup.” said Townsend.

Like the senior men’s side, the U20s see three changes to the side for their clash against Italy.

Gregor Brown slots into the back row while, in the backline, winger Rufus McLean is included and Kyle McGhie starts at scrumhalf.

Head coach Sean Lineen has been pleased by his team’s preparations:

“I’ve been really impressed with how our squad have rolled their sleeves up. It has been a pretty challenging week because of the weather but we need to go out there and do our talking on the pitch.

“We’ve got a really tight group here with talented individuals and we need to teach them to get to the next level.” he said.

The Scottish women will be looking for their first victory of the tournament this weekend, having lost narrowly to Ireland in Round 1 and being heavily defeated by the English in Round 2.