Sharks confirm their Premiership Squad for the season

Sale Sharks can confirm the club’s senior playing squad to compete in the 2022/23 Gallagher Premiership and Heineken Champions Cup.

The 62-man squad includes the club’s biggest ever intake of senior academy players as well as five new signings, among them England stars George Ford and Jonny Hill.

Alex Sanderson led his squad to a sixth-place finish in last year’s Premiership as well as a Champions Cup quarter-final.

And with the experience of Ford, Hill, and fellow new boys Joe Simpson, Tom O’Flaherty and Jason Woodward to add to a squad filled with international stars and young, northern talent, the Sharks Director of Rugby is targeting even more success in the upcoming campaign.

Alex will be without three of his first-team stars when the season kicks off against Northampton Saints on Friday, September 2. George Ford, Connor Doherty (both achilles) will be sidelined until the new year, while Will Cliff (knee) is expected to be out until November/December.

But opportunity knocks for England under 18 stars Tristan Woodman, Charlie Wardle, Ellis Causey, Patreece Bell and Ben Motamed who are among 11 players to sign senior academy contracts ahead of the new season. 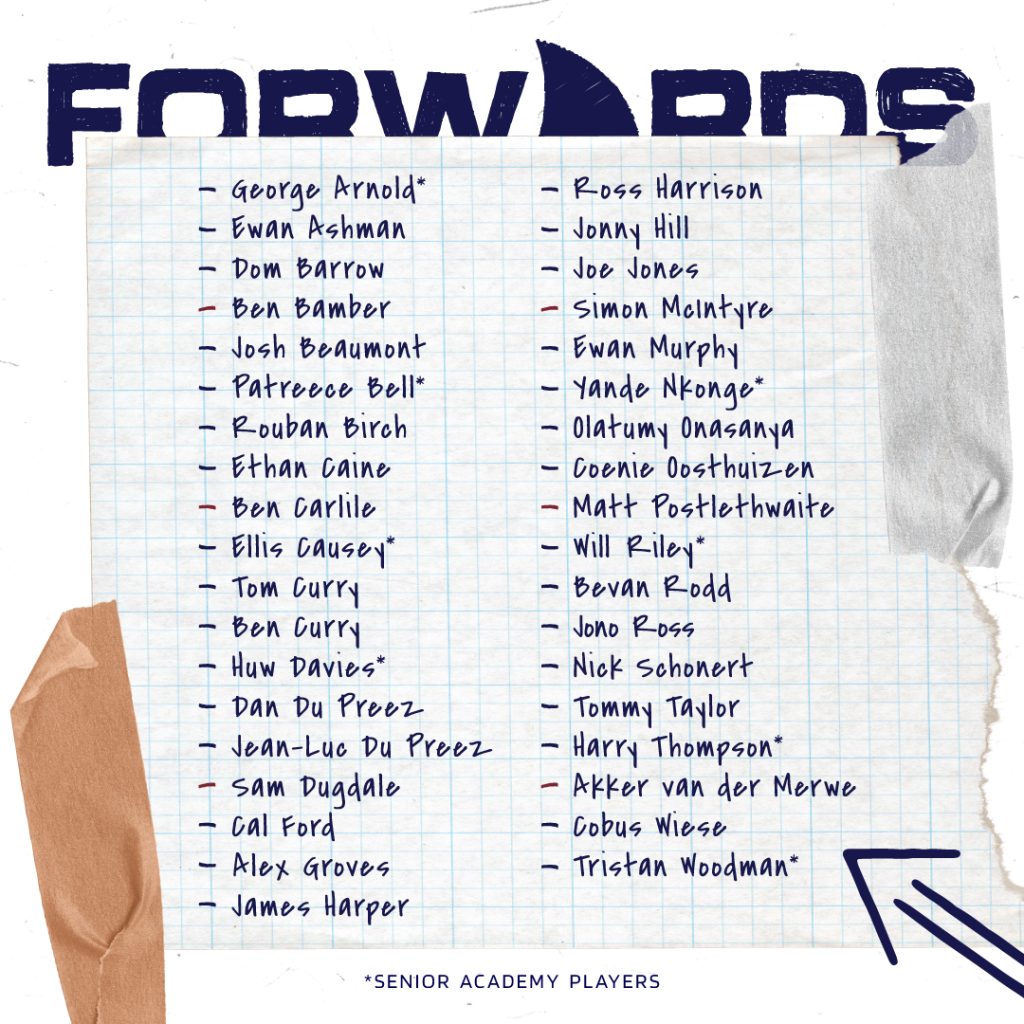