Six Boks back for Bulls to face Reds

Bulls coach, Pote Human, named Springboks Warrick Gelant, Jesse Kriel, Handré Pollard, Ivan van Zyl, Marco van Staden and RG Snyman in his starting team to play the Reds at Loftus Versfeld and made wholesale changes to the side that dropped a close result against the Jaguares last weekend.

Gelant returns from injury and takes over from Divan Rossouw at fullback, with the latter dropping to the bench, while Kriel and Pollard return after sitting out due to World Cup protocols. They replace Dylan Sage and Manie Libbok, with the flyhalf moving back to the bench.

Van Staden and Snyman are back in the team for the first time in this season’s Vodacom Super Rugby competition, having missed the opening part due to injury. They replace Ruan Steenkamp and Eli Snyman, who both picked up injuries against the Jaguares.

Human rotated Van Zyl and Papier again, with Van Zyl starting for the third time this season. Duane Vermeulen is rested due to Bok protocols, allowing Paul ‘Tier’ Schoeman a first start this season at no 8.

Hanro Liebenberg swops places with Jannes Kirsten, with the latter moving to lock, while a fit-again Jaco Visagie will start at hooker. Corniel Els reverts to the bench.

The front rower played for the Cell C Sharks earlier in his career, before moving to Ulster, from where he joined the Vodacom Bulls. He played the last of his 40 VSR matches in 2014. 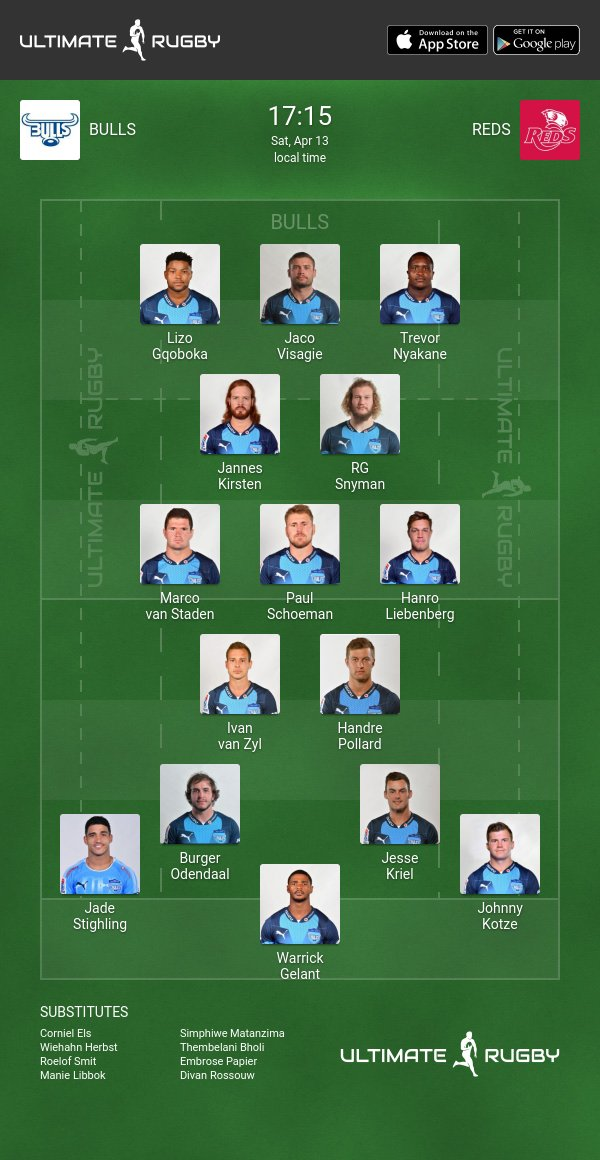