Jonathan Davies will captain Wales for the first time on Saturday as he leads his country against Italy in Rome.

He will line up in midfield alongside Owen Watkin with Dan Biggar and Aled Davies named at fly-half and scrum-half respectively.

Liam Williams and Josh Adams, who both started in Paris last week, are joined by Jonah Holmes in the back-three with the later making his first Six Nations appearance.

In the pack Nicky Smith, Elliot Dee and Samson Lee form a new look front-row with Jake Ball coming into the second-row alongside Adam Beard.

In the back-row Josh Navidi moves to No. 8, Aaron Wainwright starts at blindside flanker and Thomas Young makes his first Six Nations appearance on the openside.

"We have made a number of changes this weekend but have picked what we think is a very exciting team that still has huge experience throughout it," said Wales head coach Warren Gatland.

"We have made a similar number of changes to what we did last year, but it is all about opportunity for these players.

"We have had a squad of 31 training together, replicating the Rugby World Cup and it is important they get game-time.

"It is a great opportunity for Jon (Davies) as captain. He has a huge amount of experience, is a great leader and it is a great honour for him to lead his country.

"Italy will be hurting after last weekend but they are a different proposition in Rome. They are an experienced team themselves and they will be looking to put things right on the pitch after their opening defeat." 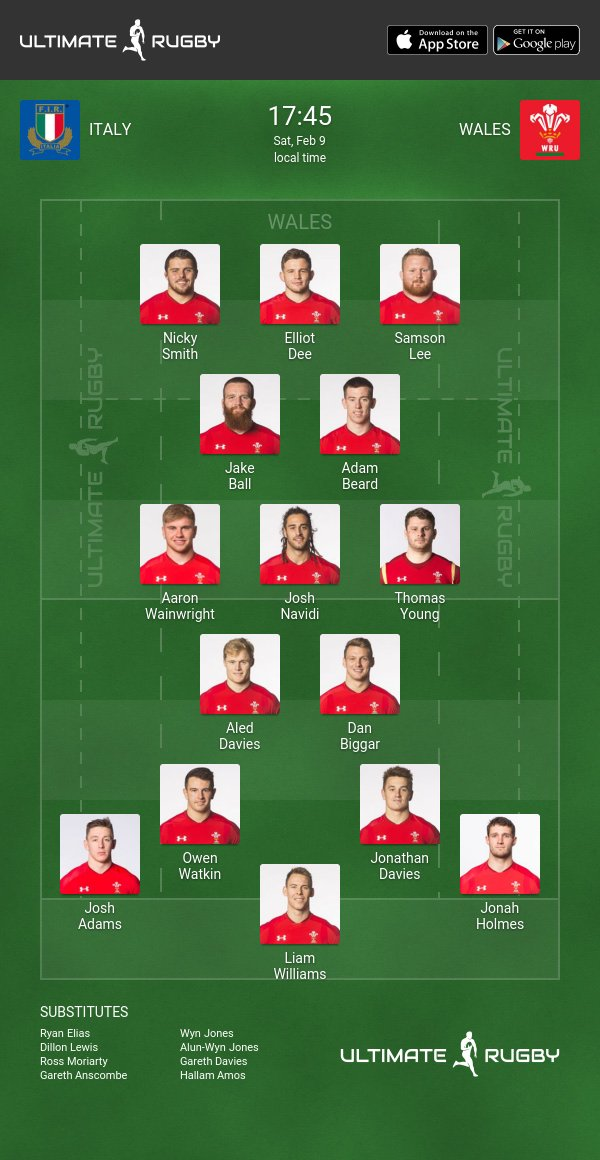