France head coach Jacques Brunel has made six changes to his side that lost to Ireland in round four of the Six Nations to face Italy this weekend.

Etienne Falgoux comes into the front row for the injured Jefferson Poirot with Dany Priso returning to the side via the bench.

Paul Willemse also returns to the starting line up in the place of Sebastien Vahaamahina who drops out of the squad completely with Paul Gabrillagues coming onto the bench.

Louis Picamoles is the only looseforward to keep his place with Gregory Alldritt rewarded with a start alongside Camara with Arthur Iturria falling to the bench.

The halfbacks are unchanged with Dupont and Ntamack continuing their partnership while Wesley Fofana replaces Gael Fickou in the midfield and Maxime Medard switching places with Thomas Ramos.

Camille Lopez also returns to the side in the replace of Anthony Belleau who fails to make the 23. 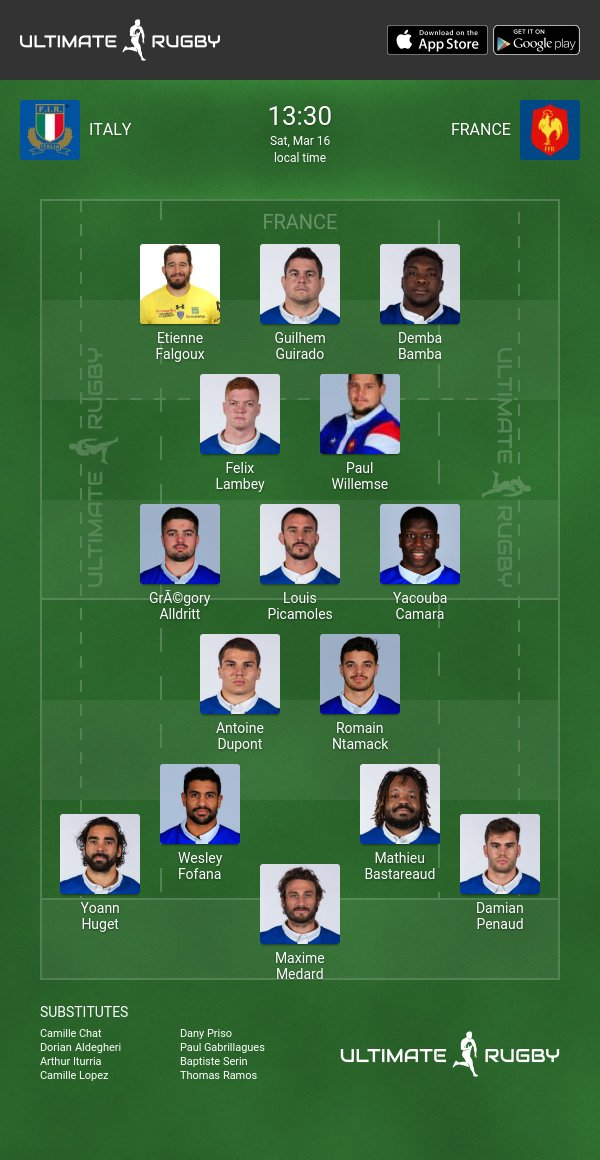