Italy head coach Conor O’Shea has made two changes for Italy as Edoardo Padovani comes into the backline and Nicola Quaglio into the front row for their Six Nations clash with Wales on Saturday.

Padovani scored a try off the bench in the second half against Scotland, comes onto the right wing while Michele Campagnaro shifts back to his preferred outside centre position.

That means that Tommaso Castello drops out of the matchday 23 while up front Andrea Lovotti has the flu and is replaced at loosehead prop by Quaglio.

Quaglio joins Simone Ferrari and Leonardo Ghiraldini in the front row while Dean Budd and David Sisi remain in the second row. Braam Steyn and Sebastian Negri start on the flanks with Sergio Parisse captaining the side from No.8.

Guglielmo Palazzani – also a try-scorer last weekend in Edinburgh – remains at No.9 with Tito Tebaldi out with a back injury. Tommaso Allan remains at No.10 with Campagnaro and Luca Morisi in midfield and Padovani joining Jayden Hayward and Angelo Esposito in the back three.

Elsewhere, Edoardo Gori comes onto the bench as scrum-half cover while Marco Barbini is another new replacement for the front row. 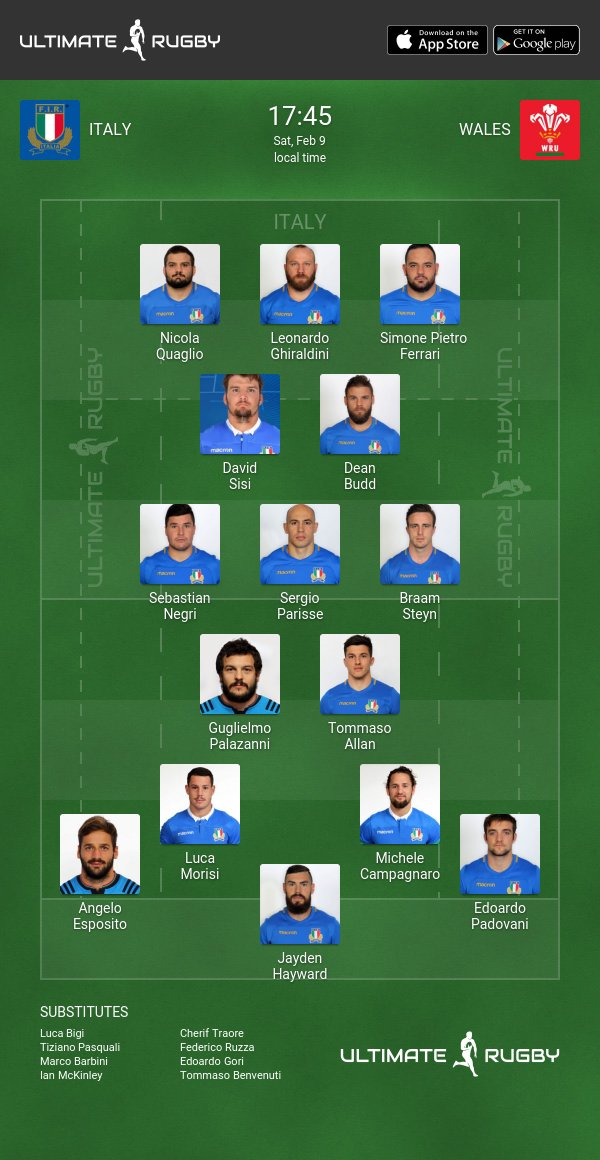