Joe Schmidt has named his Ireland squad for Saturday's Six Nations clash with Italy at the Aviva.

The squad sees Leavy come in for the injured Josh van der Flier while Cian Healy and CJ Stander revert to the bench.

James Ryan has been dropped out of the matchday 23 after picking up a slight knock at the Stade de France. 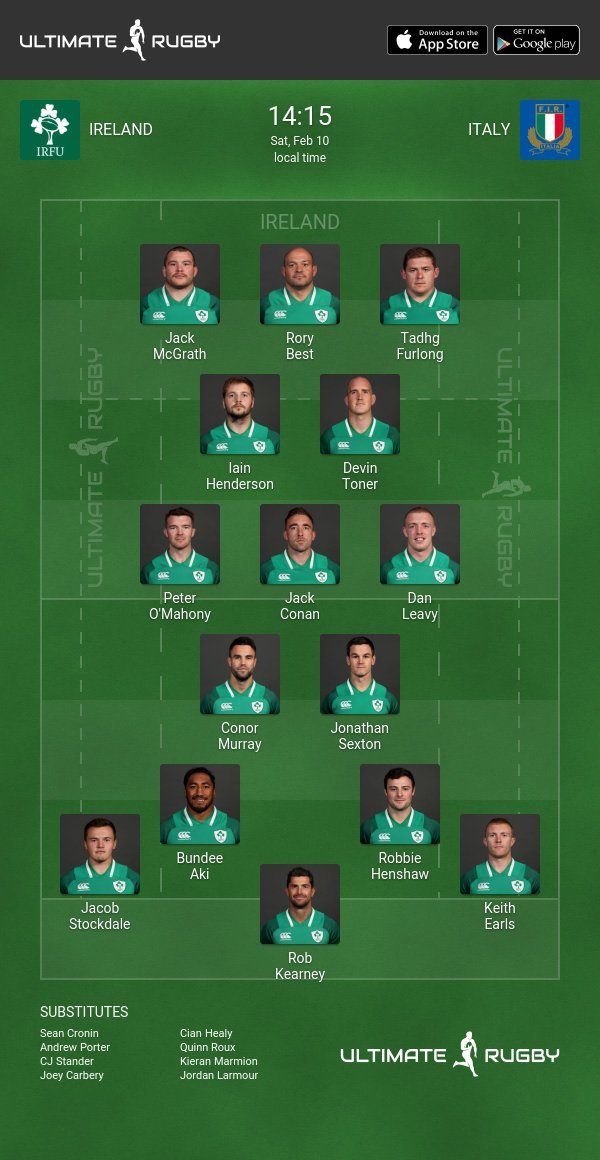