Wales head coach Warren Gatland has named an unchanged side to face Ireland in the Grand Slam decider in Cardiff on Saturday.

Liam Williams had an injury scare in the clash against Scotland but has recovered to start in the #15 jersey.

The clash will also be Warren Gatland's 50th Six Nations match for Wales and his side go into the game as the only unbeaten team in the tournament with four victories to their name.

Jones again packs down with Adam Beard in the second-row, with Rob Evans, Ken Owens and Tomas Francis continuing together in the front-row. Josh Navidi, Justin Tipuric and Ross Moriarty comprise the backrow.

Gareth Davies and Gareth Anscombe are named at half-backs with Hadleigh Parkes and Jonathan Davies in the centre.

“These players are on a very good run, they are a hugely impressive group and they deserve to be going into the final weekend with everything to play for.

“It is a great reward for them for the hard work they have put in and we are all looking forward of what is going to be a huge game.

“For a number of us as coaches this is our last Six Nations game and that fact it is in Cardiff is extra special. There is bound to be a bit of emotion on Saturday and that is something to embrace.” 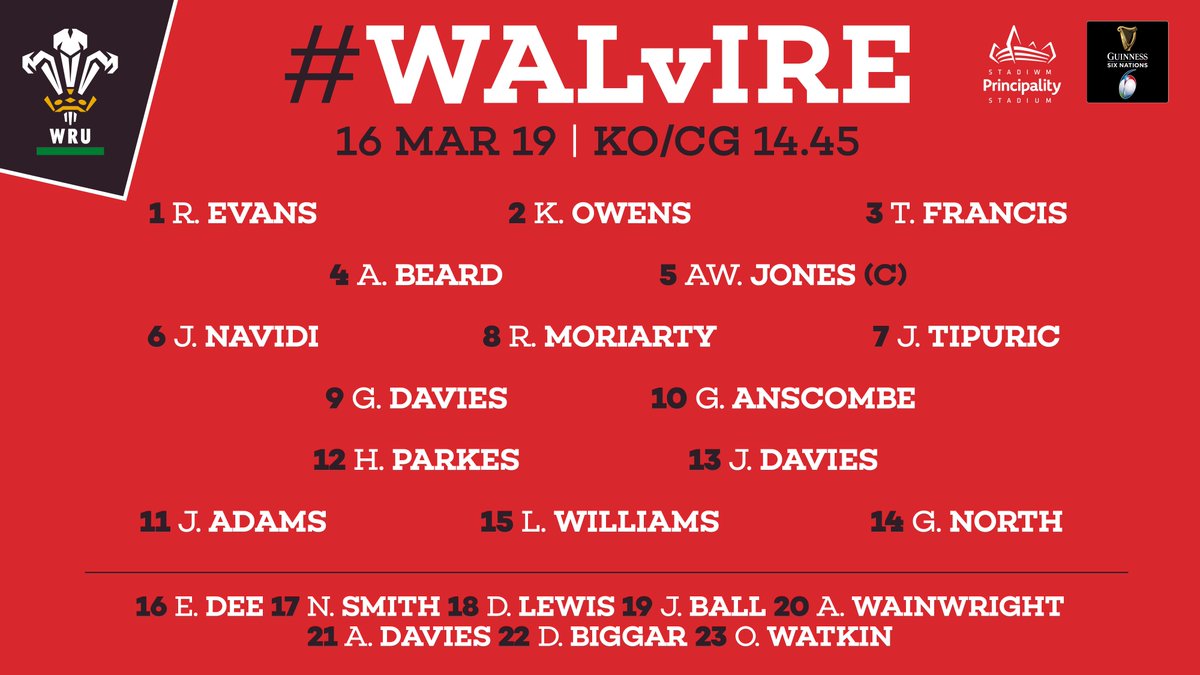