A thrilling tournament has come to an end and Wales went on to win the Grand Slam in fine style. The England vs Scotland game after was a dead rubber in terms of the Championship but turned out to be one of the most thrilling games ever played. It was the highest scoring draw in test rugby as both sides shared 76 points at HQ.

Owen Farrell of England comfortably took 1st place in this category with his 59 points over 5 games scoring at just under 12 points per game. Gareth Anscombe fo Wales was 2nd with 43 points followed by Tommaso Allan of Italy on 34.

The electric Jonny May scored 6 tries this Championship with a hat trick against France in Round 2. His 30 points place him 4th on the top points scored for the 2019 Six Nations. Yoann Huget scored 4 this year making him the first Frenchamn to do so in the tournament since Wesley fofana in 2012.

Finn Russell tops the charts here with 4 try assists in his 4 games this year. The Racing 92 pivot is in fine form and beat everyone to the 10 jumper in the UltimateRugby Six Nations Team of the Tournament. Murray, Daly, Anscombe and Allan all share 2nd place with 3 try assists each. 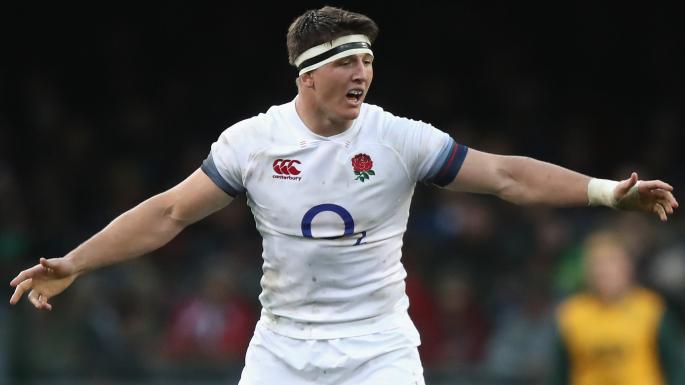 Tom Curry (86) just beat Josh Navidi (83) to top spot. Both players were extremely influential in this campaign for their sides.

Curry made 86 of his 96 tackles with a mammoth 25 tackles against Wales at the Principality Stadium last month. Navidi made 83 of his 87 tackles, completing 95% of his attempts. Mathieu Bastareaud is the turnover king this season with 7 followed by Antoine Dupont and Peter O'Mahony with 6 each. George North and Tom Curry both made 5 turnovers each in 2019 and are tied for 3rd

23 players saw the back of Jacob Stockdale as he beat close on 5 players per game. Yoann Huget and Sam Johnson share 2nd spot with 18 each followed by Dupont and Nowell on 17 a piece.

Billy Vunipola carried 71 times over the 5 games. That ia a carry every 5.41 minutes for England. James Ryan was 2nd with 63 followed by Braam Steyn of Italy with 60.