Springbok captain to play his first Currie Cup match since 2014

Springbok captain Siya Kolisi will start at flank for Western Province in the Currie Cup encounter with Phakisa Pumas at DHL Newlands on Friday.

Kolisi will earn his 30th Western Province cap in his first game since 2014, in a match that kicks off at 15h00.

As a result JD Schickerling moves to lock, with Salmaan Moerat set to make an impact in the second half and Ernst van Rhyn at blindside flank, while Wilco Louw is back in the starting line-up at tighthead prop.

In the backline Justin Phillips is at scrumhalf, with Sergeal Petersen making his first start of the season on the wing.

There is a potential Currie Cup debut for loose forward Nama Xaba from the bench, with prop Neethling Fouche getting his first opportunity of the campaign and flyhalf Jean-Luc du Plessis back among the replacements.

Western Province Head Coach John Dobson said that after the bye, he is looking for plenty of energy from his team at Newlands.

“There is no doubt that we have to show our supporters at DHL Newlands that we are really up for this game and play some rugby they can be proud of.

“We worked hard in the week off and now it is about going out there on Friday and showing what it means to us to play in this jersey in the Currie Cup,” he said. 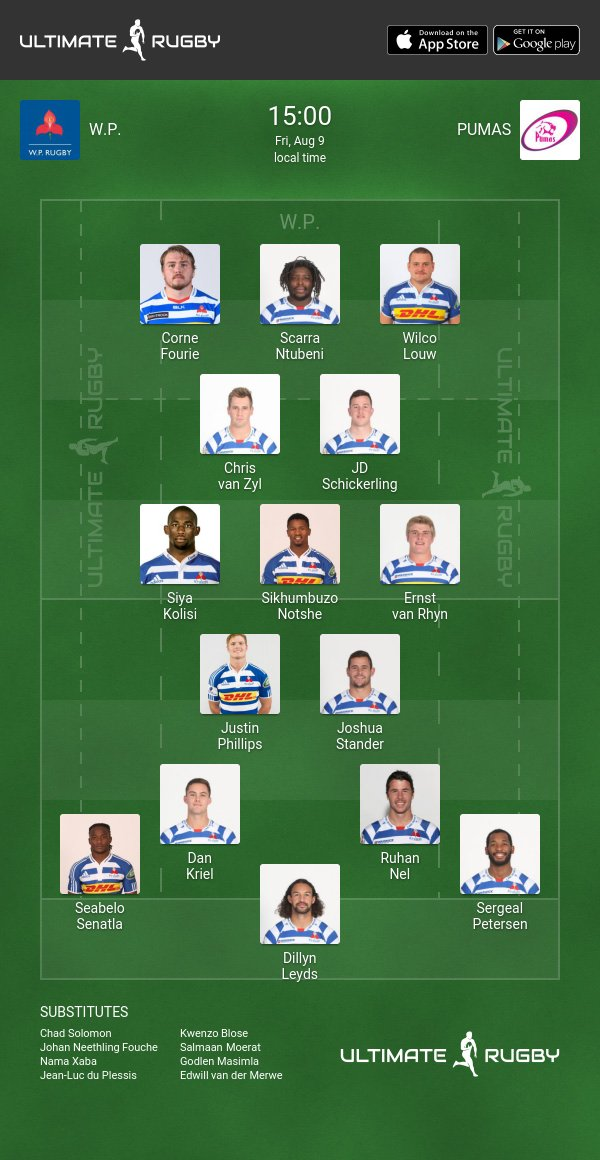