The sides have been named for Saturday's Round 5 Super Rugby Australia clash between the Brumbies and Queensland Reds at GIO Stadium.

Brumbies coach Dan McKellar has made just the one change to the starting XV for the top of the table clash.

Tall timber Darcy Swain returns to the side after missing the 24-nil win over the Western Force and will partner Nick Frost for the first time in the starting second row.

Wallabies stars Scott Sio, Folau Fainga'a and skipper Allan Alaalatoa will again set the standard in the set-piece from the front row.

Barnstorming youngster Rob Valetini, Will Miller and Pete Samu combine for the second straight week as loose forwards with Joe Powell and Bayley Kuenzle lining up the halves.

Vice-captain Tom Cusack returns to the side and will be helped out by Lachlan McCaffrey to cover the loose forwards. 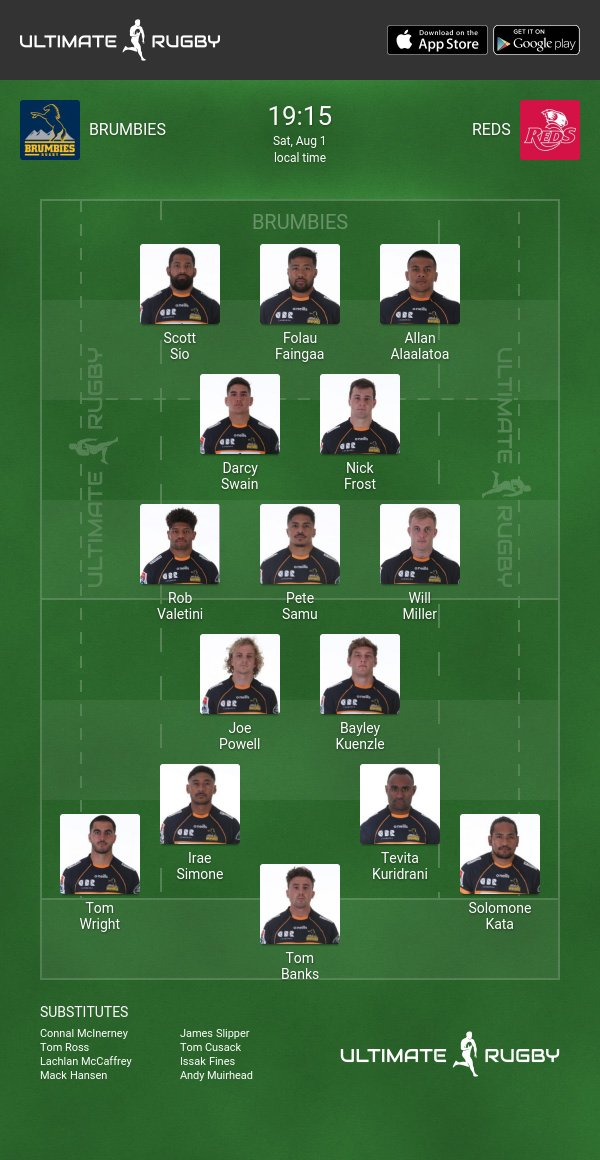 The St.George Queensland Reds will welcome back strike weapons Jordan Petaia and Feao Fotuaika for their top-of-the-table clash against the Brumbies on Saturday night.

Petaia will make his much-anticipated return from a dislocated shoulder suffered in Buenos Aires five months ago, while Fotuaika ironically makes his comeback from a foot injury he aggravated in Round 1 against the Brumbies at GIO Stadium back in January this year.

The duo’s inclusion are two-of-eight changes to Queensland’s 23 for this weekend’s clash in the nation’s capital.

Dane Zander will start at loosehead prop with Harry Hoopert set to be sidelined for another four-to-five weeks with an MCL injury suffered against the Force in Round 3.

Angus Blyth has overcome a shoulder injury and re-takes his place in the secondrow alongside Lukhan Salakaia-Loto. 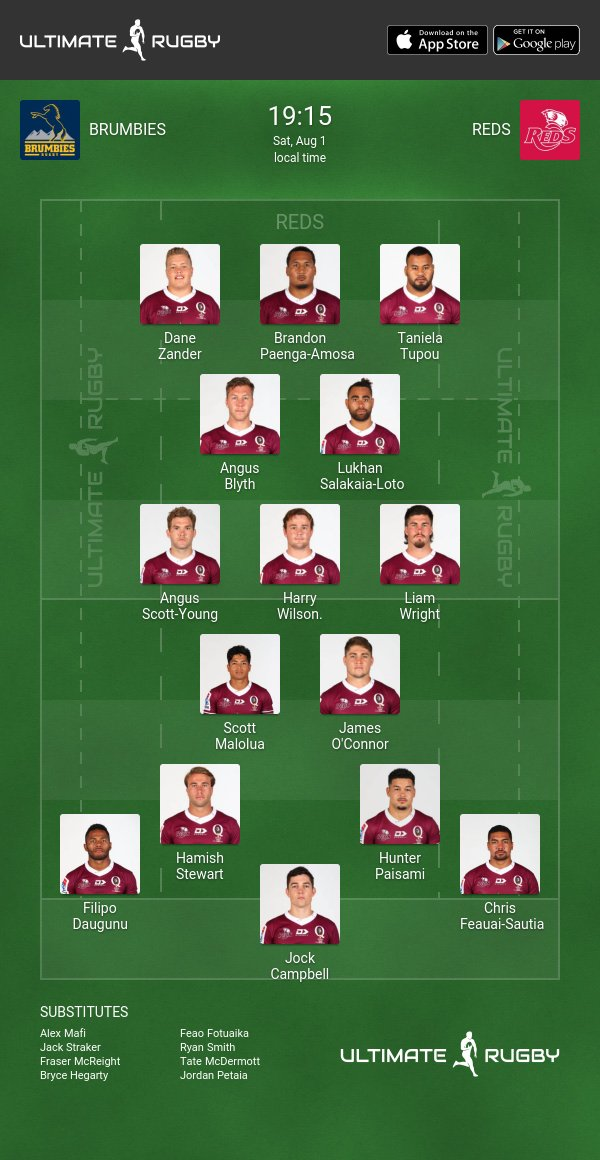