The Chiefs return home this weekend to challenge the Crusaders in their final 2020 home game at FMG Stadium Waikato in round eight of Super Rugby Aotearoa.

Chiefs Head Coach Warren Gatland has made a handful of changes to his twenty-three for the Saturday evening derby clash.

The only other changes to the elusive backline will see Shaun Stevenson return to the starting fifteen on the right wing, with Sean Wainui shifting to the left wing following Solomon Alaimalo’s shoulder injury last weekend against the Blues. 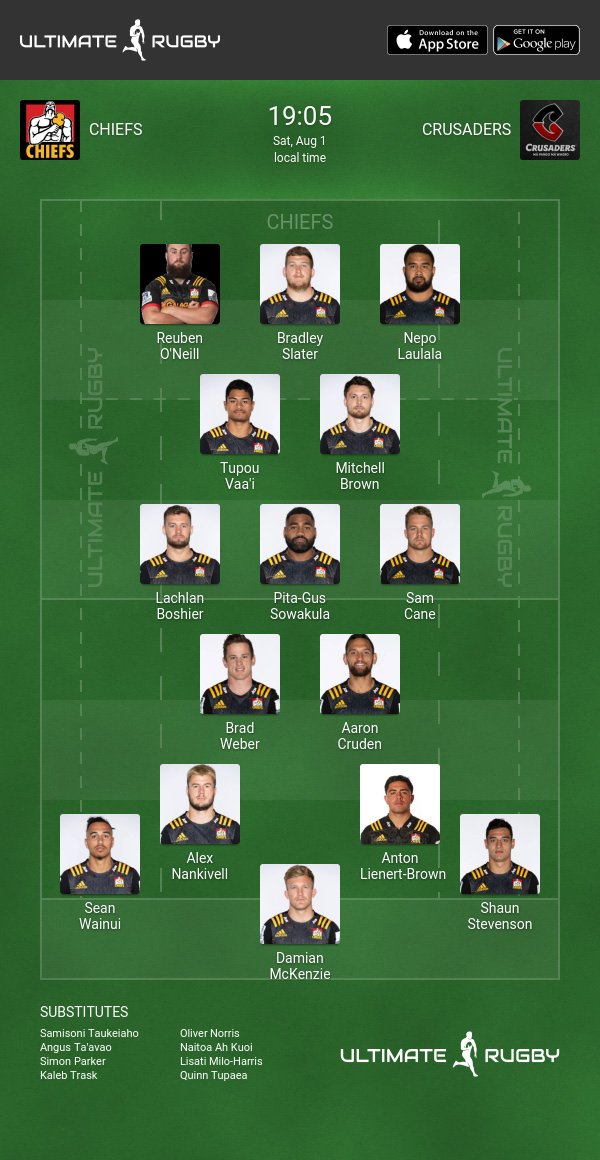 Crusaders stalwart Sam Whitelock is set to become the seventh player to bring up his 150th game for the club, when he takes the field in Hamilton on Saturday night. Now in his 11th Super Rugby season, Whitelock has also been named Vice-Captain for his milestone match.

Head Coach Scott Robertson has made two changes in the forwards this week, with George Bower joining the starting side, and Isileli Tu'ungafasi providing cover at loosehead prop on the bench. Joe Moody will not travel to Hamilton with the side due to a family bereavement.

Flanker Sione Havili joins the starting side in the number six jersey, with Tom Sanders shifting to Number 8 in place of Whetukamokamo Douglas, who is recovering from a medial ligament injury.

There is just one further change in the backline this week, with Mitchell Drummond earning a start, and Bryn Hall named on the bench. Fetuli Paea will once again line up in the midfield alongside Jack Goodhue, with Braydon Ennor still recovering from the toe injury he sustained in the Blues game. 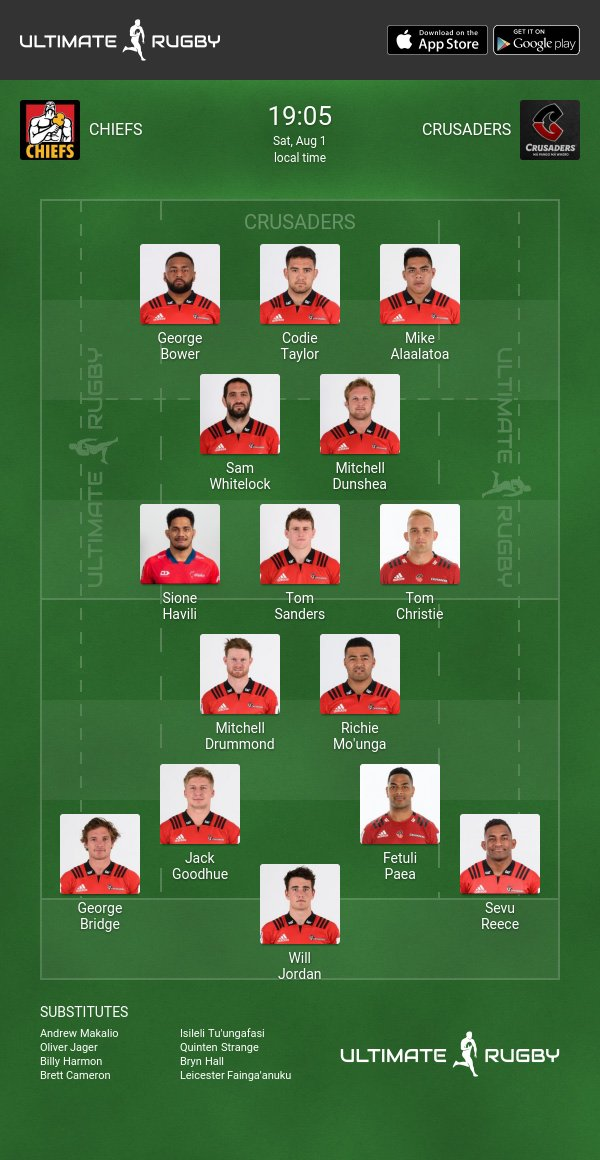