The USA international partners Will Porter at half-back, while in the midfield there’s a first European appearance for Academy centre Joe Jenkins.

The 19-year-old lines up alongside Semi Radradra, who marked his return from injury with a fourth minute try against Leicester Tigers, while in the back three, Luke Morahan is back from injury to join the in-form Gabriel Ibitoye and Charles Piutau.

Up front, Yann Thomas starts at loosehead alongside hooker Harry Thacker and Max Lahiff, with Joe Batley and Chris Vui continuing in the second row.

Among the system players, Elliott Stooke is set for his Bears debut while there is a welcome return from injury for Ioan Lloyd. 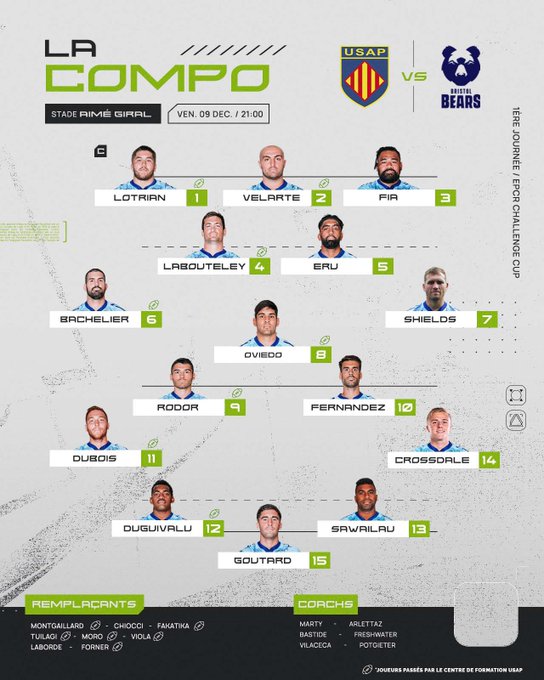