The Queensland Reds have made one change to their starting XV for Saturday’s Super Rugby AU fixture against the Waratahs in Sydney. Meanwhile, Waratahs' head coach Rob Penney has named a largely unchanged starting lineup to take on the Reds for the second time.

Following his impressive return from injury last round, Jordan Petaia will start on the wing with Chris Feauai-Sautia sidelined with a calf injury. There are three changes to the bench with Queensland pathway product Zane Nonggorr potentially set to make his Super Rugby AU debut this weekend. An Australian and Queensland U18s/Schoolboys representative, the 19-year-old tighthead prop captained the 1st XV at The Southport School last year and has been a part of the Reds Academy for the past two years. After debuting against New South Wales in Round 1 last month, lock Tuaina Taii Tualima is back in the 23 this week in place of Ryan Smith. While Brothers flyer Josh Flook also re-joins the team as a finisher with Petaia in the starting side.

Rob Simmons has been named to play despite suffering a rib injury last start against the Rebels. The Waratahs' skipper will be given every opportunity to prove his fitness, with Jed Holloway named as cover on the bench. Jake Gordon returns to the starting side after making a successful return to play form the bench in Round 4. He'll be joined by Lalakai Foketi who also returns, replacing Joey Walton at outside centre. Angus Bell has been named on the reserves following his recovery from a back complaint, while Hugh Sinclair will make his first appearance for the Tahs after an extended injury lay-off. 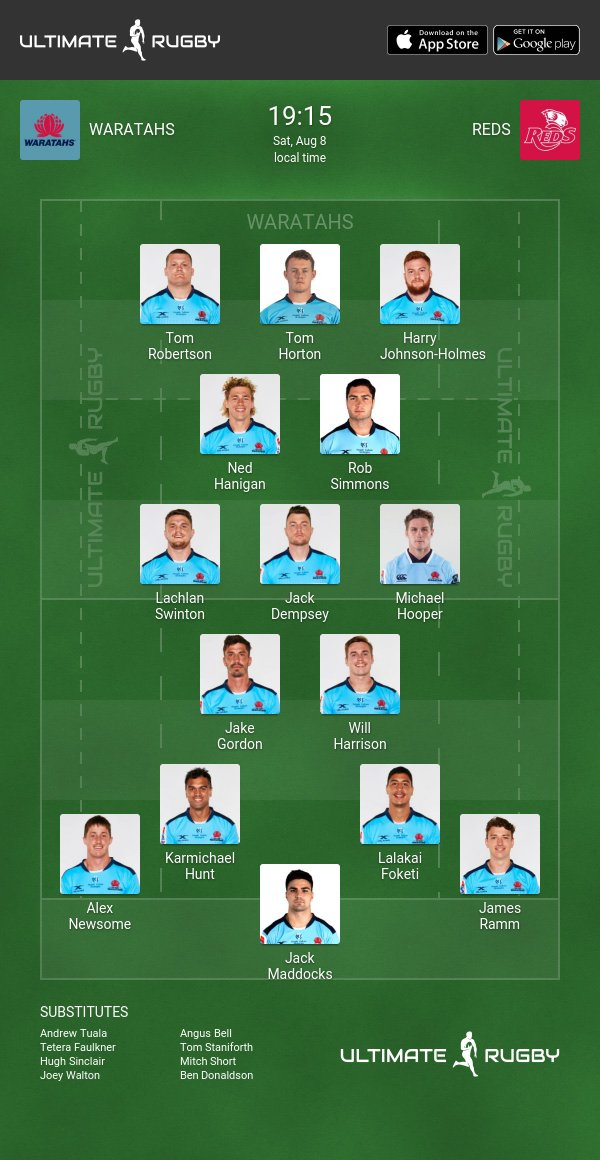 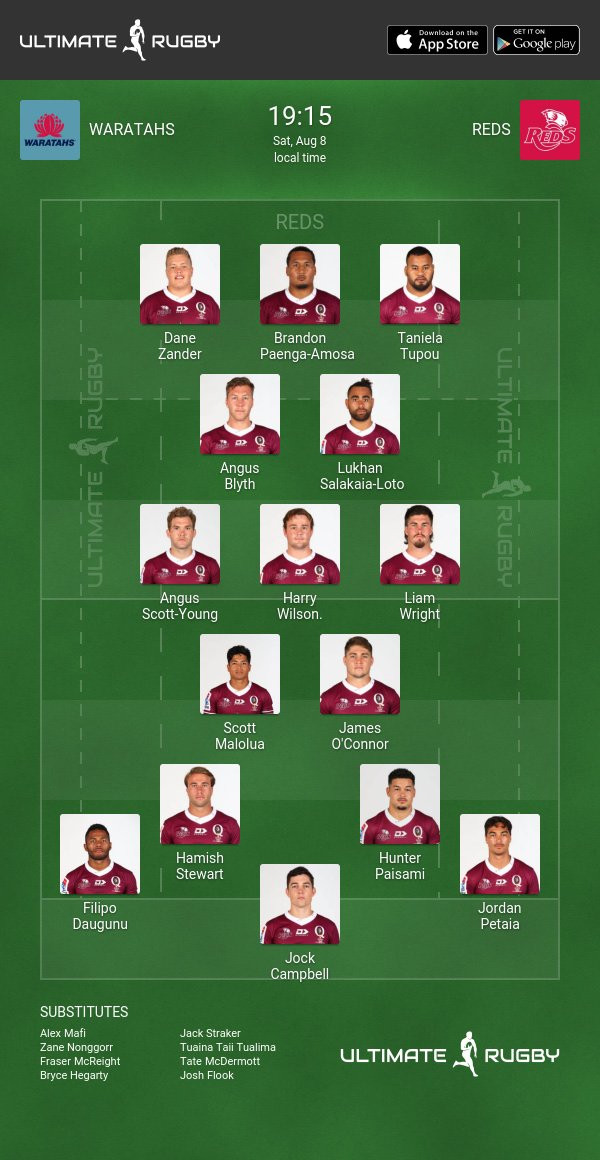