Team News: The Blues and Highlanders line ups for Round Three Of Super Rugby Aotearoa

Round three of Super Rugby Aotearoa sees the unbeaten and table topping Blues face off against the Highlanders, who stunned the Chiefs in the opening round of the competition before enjoying a bye.

On the back of two straight wins, Blues' head coach Leon MacDonald has resisted any change to his starting line-up for the clash with the Highlanders with the Blues enjoying a bye in round four. MacDonald said a number of the squad have pressed hard for inclusion but the current group continued to prove themselves on the paddock.

The only change comes in the reserves where England international Joe Marchant is included in what will be his final match for the Blues before returning to his Harlequins club in London.


“The whole squad are training hard, and our current starters are getting tested at every training session, which is what we want,” said MacDonald.


“This group of 23 continue to do the business. They are developing well to the style of game we want to play and adapting positively to the new rule emphasis, which will lead to a more exciting and fluid game.

“It is the last game before our first bye which will give us the opportunity to reset for the next block of games.

“It is also Joe’s final hit-out with the team. He has been a popular and outstanding member of the team and we will miss him. He has contributed well on and off the field and we are confident he will return as a more complete footballer for the experience when he returns to Harlequins.”

MacDonald said that several players should return to play through club rugby in the coming two weeks and be available for selection for the Crusaders match after the bye.

The Blues prevailed over the Highlanders 33-26 at Eden Park last year while the tight battle between the two sides is evidenced with nine of last 17 clashes decided by seven points or less. 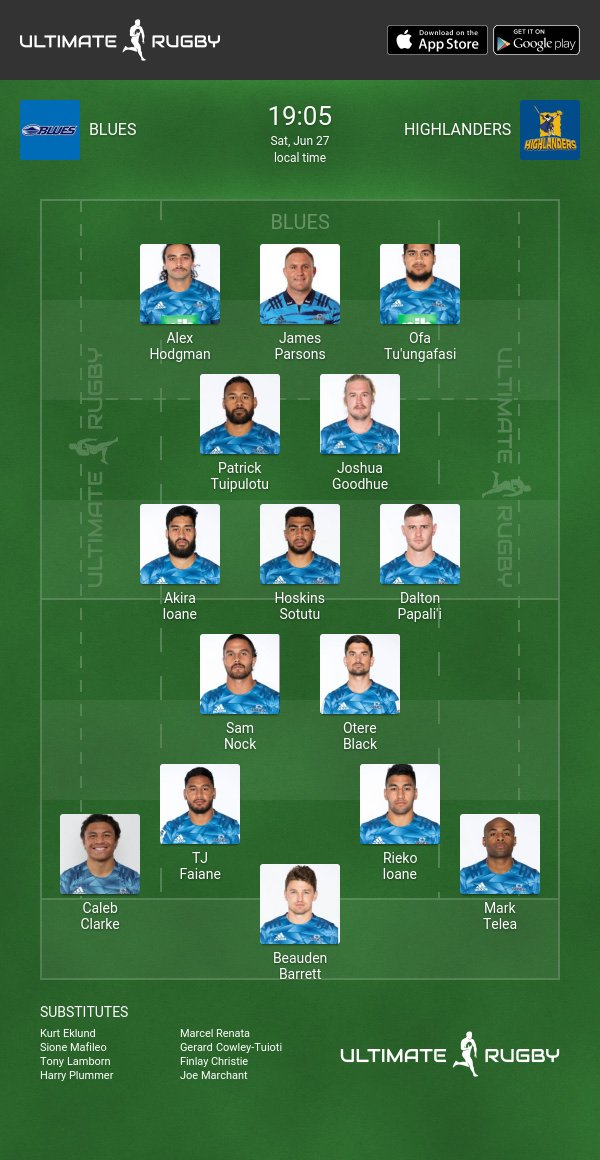 Fresh off the bye and a first-round win against the Chiefs, Highlanders' Head Coach Aaron Mauger, has resisted making too many changes to his team to play the Blues this weekend.
There is only one change in the backs with Scott Gregory starting at fullback in what will be his second game for the club. A versatile player who also plays on the wing, Gregory played fullback for Northland during the 2019 Mitre 10 Cup, however, had the COVID-19 pandemic not hit, he may well have been preparing for the 2020 Tokyo Olympics as a member of the All Blacks Sevens Squad. The postponement gives him a chance to further his experience in the fifteens game.
Gregory is excited by the opportunity, “it seems like a long time since my first game against the Rebels earlier in the year and I am really looking forward to getting out there, with the talent we have in our backs you have to take your opportunities when you can.”
In the only other change, Ngane Punivai returns from injury to take a spot on the bench.

Warren Gatland has made several changes to his side which includes the return of his captain 💪 #SuperRugbyAotearoa #CRUvCHI https://t.co/pD2Qvv7uiJ 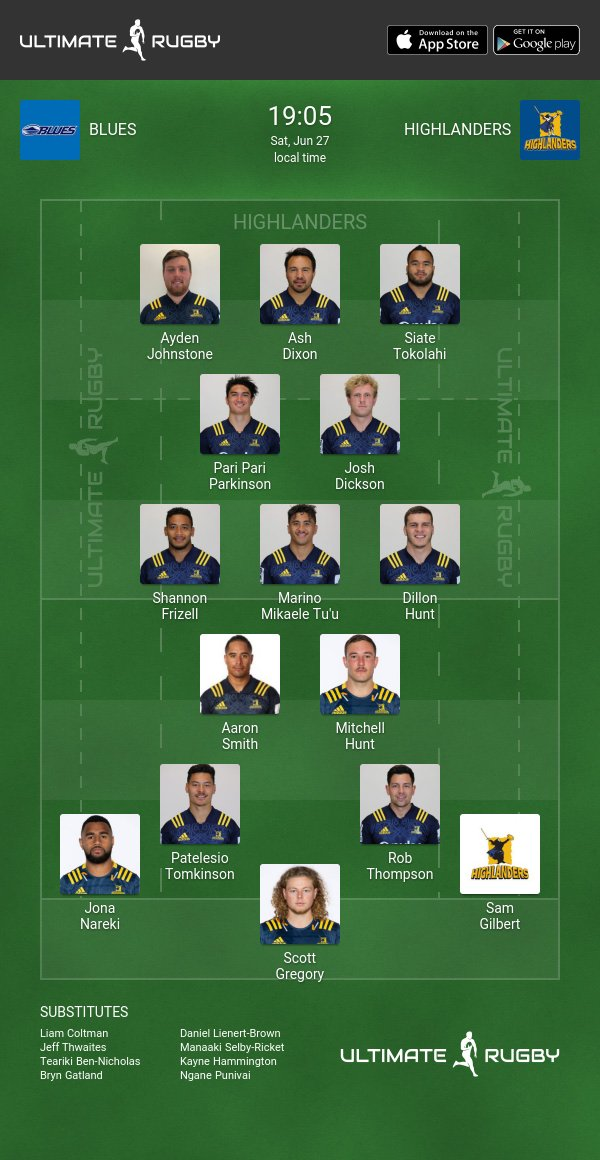