Team of the Weekend - Champions Cup

The young loosehead prop was immense in his sides impressive victory over Harlequins in round one of this year’s Champions Cup. He consistently piled the pressure on his opposite number at scrum time, forcing several penalties which his teammates were able to capitalise on. He got through a huge amount of work defensively; making 12 tackles and securing a turnover at a key moment of the game. He also showed great ball carrying ability when he crashed over the whitewash for a great try. 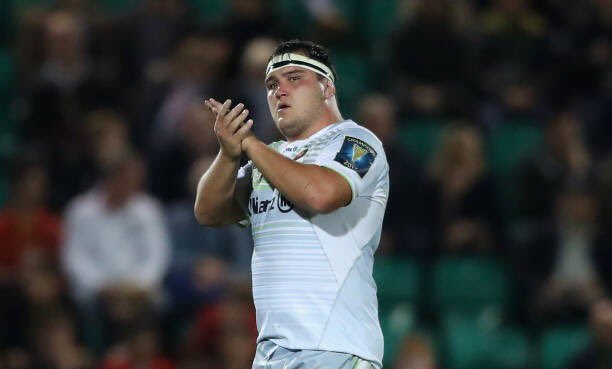 It was always going to be an interesting matchup in the front row between Dylan Hartley and Jamie George and there was only one winner with Saracens scrum dominating throughout the game. George's darts were incredibly accurate and the slick lineout efficiency was just one part of a near flawless performance from George and the rest of the Saracens squad.

In a fast paced game, Collier put in a hell of a shift for 76 minutes for Harlequins. Consistently put pressure on his opposition, who had a huge pack. Put himself around the park well and was rewarded for his efforts with a 5 pointer. Also managed to be a nuisance and seal a vital turnover.

The gargantuan French second row forward put in a man of the match performance for Clermont this weekend. He provided an excellent attacking lineout option and also managed to win several lineouts against the throw. He was rock solid in defence, making an impressive 14 tackles including a few key cover tackles when Ospreys looked dangerous. He also caused the opposition an array of problems with his powerful direct running and soft offloading skills.

The Fijian second row forward put in yet another man of the match performance in his side's narrow margin victory over Leicester. He showed offloading skills form a different planet throughout this game, consistently causing the opposition defence an array of problems. He did extremely well to get over the whitewash for Racing's first try and was instrumental in Teddy Thomas' try in the first half. He dominated the aerial battle at the lineout and got through an impressive amount of work at the breakdown.

The 20 year old Bath back row was a key part of Bath's well ground out win against Treviso. In a hards fought battle, the u20 World Cup winner showed great maturity in his first Champions Cup start, making 9 carries and having a 100% tackle rate. Showed some great support to finish of a phenomenal Bath try with a good finish.

Tipuric was one of the stand out performers in Ospreys’ close defeat to Clermont this weekend. As always he was dogged at the breakdown, hitting countless rucks and consistently slowing the down the pace of the Clermont attacking play. He looked menacing with ball in hand, making several breaks in the wide channels for a total of 76 metres gained. He showed deft offloading skills to set teammates into key attacking spaces and played a key role in both of his side’s second half tries.

Conan was an absolute workhorse in Leinster's win over Montpellier. Conan had a staggering 21 tackles in a game where Leinster's defence was well and truly tested, with Montpellier bringing some serious size with the likes of Nemani Nadolo on the wing. Conan wasn't just a defensive beast, he totalled 13 carries making ground on almost every time. Conan has stood up in recent times for Leinster and has made the number 8 jersey his own, Leinster fans will be hoping he can continue to be so impressive both in Europe and in the Pro 14.

The scrum-half was the man of the match in his side's comprehensive victory over Treviso in their Champions Cup opener. Dictated the pace of the game well with very accurate passing and well placed box kicks. He marshalled his backline with maturity beyond his years and showed a really cool head throughout the game. He also displayed impressive pace and footwork around the fringes of the breakdown as time and time again he sniped, making vital yardage for his side.

Farrell dictated the tempo of the game as Saracens ran rampant against Northampton at Franklins Gardens. The outhalf showed what he brings to the table from the word go today, with his skip pass to Wyles setting up Williams' opening try. Farrell's ability to bring the ball up to the line, while maintaining the vision to hit his men with his pass was a crucial aspect of Saracens' game today, allowing them to tear through Saints' line on demand. Farrell displayed how well rounded a player he is, maintaining a 100% tackle success record, including a vital hit on Lawes to deny the flanker from crossing Sarries' line.

Stockdale looked to involve himself from the very start of the game with a few good carries early on off set piece plays. He unlocked the Wasps defence with the first try of the game after some great play by Charles Piutau, Stockdale finished well in the corner. Stockdale continued to show his energy and talent when he claimed a loose ball and burst down the wing offloading to Piutau who played it back to Stockdale, he eventually threw a pass to McCloskey for Ulster's second try. He made a total of 98 metres and beat 5 defenders to earn himself the man of the match award.

Doumayrou was one of the stars in La Rochelle's impressive triumph over Harlequins. He was menacing with ball in hand, making three clean breaks for a total of 98 metres gained. He showed great pace and footwork to get over the whitewash not once, but twice as the Quins defence just could not contain him. He also put in a huge shift defensively, making several big tackles and securing a turnover for his side during a crucial period of the game.

Playing in the less familiar role of outside centre for Leinster, he was absolutely outstanding in both attack and defence. He posed a constant threat with ball in hand, consistently getting over the gain line and creating space for teammates by sucking in the opposition defenders. His tremendous attacking display was capped off with a vital try in the second half. He was also a rock in defence, making an incredible tackle and turnover on Nemani Nadolo at a pivotal moment in the game and was the deserving winner of the man of the match award. 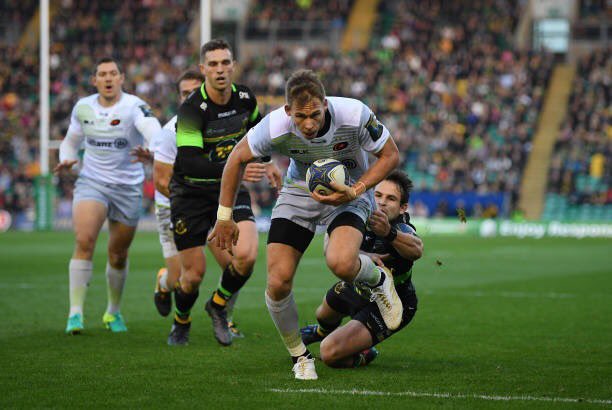 Williams proved to be the catalyst for Saracens early on in their 57-13 dismantling of the Saints. The winger opened the scoring for his side with his try, after making a beautiful line against the grain out on the wing. Williams then added a second to his tally, showing just how difficult it is to take him down as he wriggled out of the attempted tackle and dived for the line. The winger also provided the assist for another score, and made an impressive 101 metres with ball in hand. Today's Man of the Match performance is certainly a sign of things to come for Williams.

The former All Black full back was absolutely exemplary in everything he did vs Wasps on Friday night. His combination of incredible pace as well as astonishing strength caused the Wasps defence a host of problems throughout this fixture. He constantly put his side on the front foot with direct, powerful running, making countless clean breaks for a total of 137 metres gained. He also played a pivotal role in both of Ulster's tries and was rock solid in defence when necessary.