Test Stars To Light Up Japan's Top League In 2020

The Japanese Top League kicks off this weekend with a number of test stars of the past and present set to light up the competition in 2020.

With the Champions Cup returning this weekend with the Six Nations and Super Rugby kicking off soon, it is easy to forget about Japan after they successfully hosted the Rugby World Cup. However, the Top League sides have added a number of the stars that shined for their nations at the World Cup featuring in the opening round of the competition.

Due to the World Cup, the Top League is getting off to a late start meaning it will now clash with Super Rugby resulting in a number of New Zealand, Australian and South African stars moving to Japan and will ultimately miss Super Rugby.

The Top League will kick off on Sunday with full round of matches, 8 in fact, with the headline clash being between Michael Leitch's Brave Lupus and Matt Giteau's Suntory Sungloiath. We take a look at some of the big names featuring in the opening round of the competition:

Former All Black scrumhalf Augustine Pulu links up with former Chiefs' playmaker Jack Debreczeni for the Red Dolphins. The Dolphins won just one game last season and will hope the likes of former Brumbies centre Chance Peni and New Zealand 7s star Giles Kaka will help the side this season.

They do face a tough task with World Cup winning hooker Malcolm Marx making his Top League for Shining Arcs in a pack that includes Japan no.8 Amanaki Mafi. Christian Leali'ifano starts at inside centre for the Arcs with veteran Japanese winger Akihito Yamada starting along with former Lions speedster Sylvian Mahuza at fullback.

Former All Black and Crusaders lock Isaac Ross also starts from the bench.

Shaun Treeby, Baden Kerr, Paul Schoeman and Josh Bekhuis are some of the familiar names from Super Rugby who will feature for the Heat this weekend. While they also have Springbok lock RG Snyman packing down in the engine room with Brave Blossoms star Lomano Lemeki on the wing.

Former Wallaby Berrick Barns will run the show at flyhalf for the Black Rams with New Zealand Super Rugby trailblazer Robbie Robinson at fullback. They are joined by fellow countryman Elliot Dixon on the side of the scrum.

Dan Carter will get bums in seats for Kobe this season but he is not the only high profile name on the Steelers' wage bill with the side also handing Brodie Retallick a Top League debut. Richard Buckman, Time Lafaele, Ryohei Yamanaka and Richard Buckman make up a dangerous looking backline that will be led by Carter.

Isileli Nakajima was standout for Japan at the World Cup and starts from the bench for the Steelers with Ataata Moeakiola joining him. While the Steelers also have a fantastic backup pivot for Carter in Hayden Parker.

The Eagles also have star names on their teamsheet with former Stormer Kobus van Dyk at no.8 for the side with Japanese stars Fumiaki Tanaka and Yu Tamura starting at 9 and 10 respectively. The hardball carrying winger Hosea Saumaki features on the wing with World Cup winner Jesse Kriel filling in at inside centre. Kriel is joined by fellow South Africans SP Marais and Rynier Bernardo. 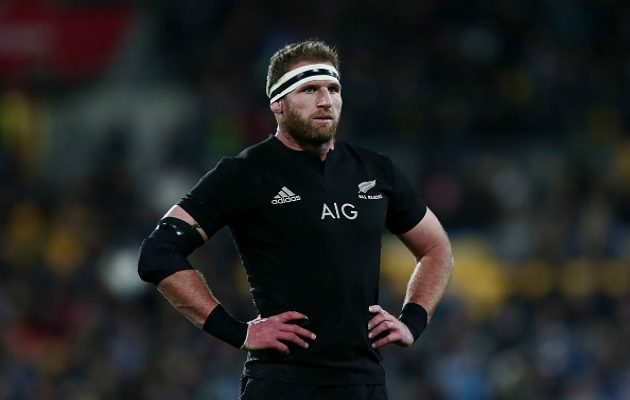 The outstanding Springbok flanker Kwagga Smith starts at openside for Jubilo and he is joined by Japan International Uwe Helu in the back row. Meanwhile, former Brumby and Toulouse lock Richie Arnold starts in the pack with 2015 Rugby World Cup star Ayumu Goromaru.

They face off against the likes of former All Black captain Kieran Reid who links up with 2019 World Cup star Kazuki Himeno to form a formidable loose trio. Their strong pack is paired with a dangerous-looking backline led by former South African A flyhalf Lionel Cronje and World Cup winning Springbok Willie Le Roux. The Wild Knights will be looking for a massive impact from the bench and with the likes of Shota Horie, Craig Millar, Rikiya Matsuda and believe it or not David Pocock they will surely get it. The Knights also have some quality in their starting XV with Robbie Deans starting Japanese Internationals Keita Inagaki, Atsushi Sakate and Asaeli Valu all starting in the front row. They are backed up by a World Class second-rower in Sam Whitelock, who also makes his Top League debut.

Going into the backs, the Knights have Brave Blossoms scrumhalf Keisuke Uchida running things at the base with World Cup star Kenki Fukuoka on the wing and World Cup winner Damian de Allende in the centres.

The Knights won't have it all their own way with the Spears selecting a strong side themselves. They have South Africans David Bulbring and Ruan Botha in the second row with a further two South Africans in their back row with Lappies Labuschagne, who captained Japan in a World Cup pool match, and Springbok Duane Vermeulen completing the pack.

The standout name in the backline is former All Black Ryan Crotty who starts at outside centre while Wallabies flyhalf Bernard Foley starting from the bench.

Both these two sides both have far less popular names in their starting 23s but the likes of Dan Pryor, Mark Abbott, Paddy Ryan, Jone Macilai and Jason Emery from the Sanix Blues will be familiar to the Super Rugby watching public. 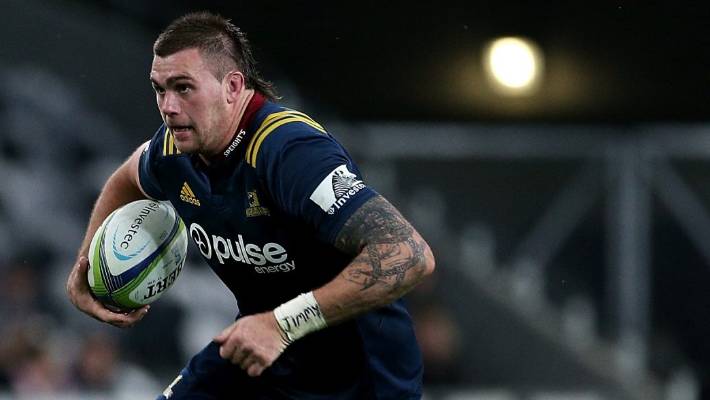 Former Lions forward Lourens Erasmus packs down on the side of the Hurricanes scrum with former Maori All Black Keepa Mewett in the second row. Their pack is completed by former All Black and Highlanders star Liam Squire with Highlanders cult hero Marty Banks at flyhalf.

They face off against former All Black Jackson Hemopo in the Dynaboise pack that also contains Heiden Bedwell-Curtis. Former Bath flyhalf James Wilson is joined in the backline by Michael Little and Matt Vaega.

Arguably the game of the day!

Brave Lupus will be lead by Japan captain Michael Leitch who is bolstered in the back row by former All Black Matt Todd. Todd is joined by fellow countryman Tim Bateman and former All Black Richard Kahui in the centres with another former Crusader, Jack Stratton, starting at flyhalf.

They face the defending Champions who boast an impressive backline with Matt Giteau at flyhalf, the speedy Tevita Lee on the wing, former Wallaby Samu Kerevi in the centres and two stars from Japan's World Cup in Yutaka Nagare and Kotaro Matsushima.

They pack a similar punch up front with former Bristol Bear Joe Latta at lock and former Brumby Jordan Smiler. Speedster Shota Emi could cause a few headaches from the bench as too could former Wallaby Sean McMahon.

Stay up to date with all the TOP League action by liking the league in App.