Tobias’ first game in the green and gold jersey was hugely successful. The Boks swept Paraguay aside with an 84-6 victory and Tobias scored his first try for his country. He sat out the second game but was included for the third in Chile, where he managed to pull off a remarkable achievement; setting a new world record of 10 successful kicks at goal in a row. At the insistence of Doc Craven, the champagne flowed that night in celebration.

“Over the years, I have often wondered how my journey in rugby would have turned out if not for Doc.” reminisced Tobias.

Even though he had done the unthinkable in pulling on the Springbok jersey during the darkest days of apartheid, Tobias was not yet finished. He was again selected for and impressed in a brace of tests against the Irish (the first one played at Newlands- a dream come true for him), both of which the Boks enjoyed victory in. However, nothing could have prepared him for the year of 1981.

The Springboks’ 1981 tour of New Zealand is notorious throughout the rugby world. The anti-apartheid activists’ efforts nearly foiled the entire contest and the South Africans’ presence in the country split society down the middle with violent force. Tobias was accused of playing to the apartheid government’s tune by agreeing to be a part of the tour. To rub salt into the proverbial wound, the new Springbok team manager, Professor Johan Claasen - who was a staunch supporter of the regime in South Africa - made little-to-no-effort to disguise the fact that, as far as he was concerned, Tobias was not welcome. This was made evident when, in the first test, Tobias was overlooked in favour of an injured Willie du Plessis. Tobias plucked up the courage to challenge Claasen on this point after the Boks were defeated but was met with hostility and arrogance. Although he participated in the midweek games, Tobias never got to play a test against the All Blacks. It remains his biggest regret to this day.

Three years later, at the age of 34, Tobias turned out for what be his last tests for the Boks – against the touring English and the South American Jaguares. The Boks blitzed the English in both tests – displaying some beautiful running rugby with Tobias at the helm – before squaring up against Hugo Porta’s Jaguares at Loftus Versveld in Pretoria. After the game, which the Boks won 32-15, Porta praised Tobias as the best fly-half in the world. 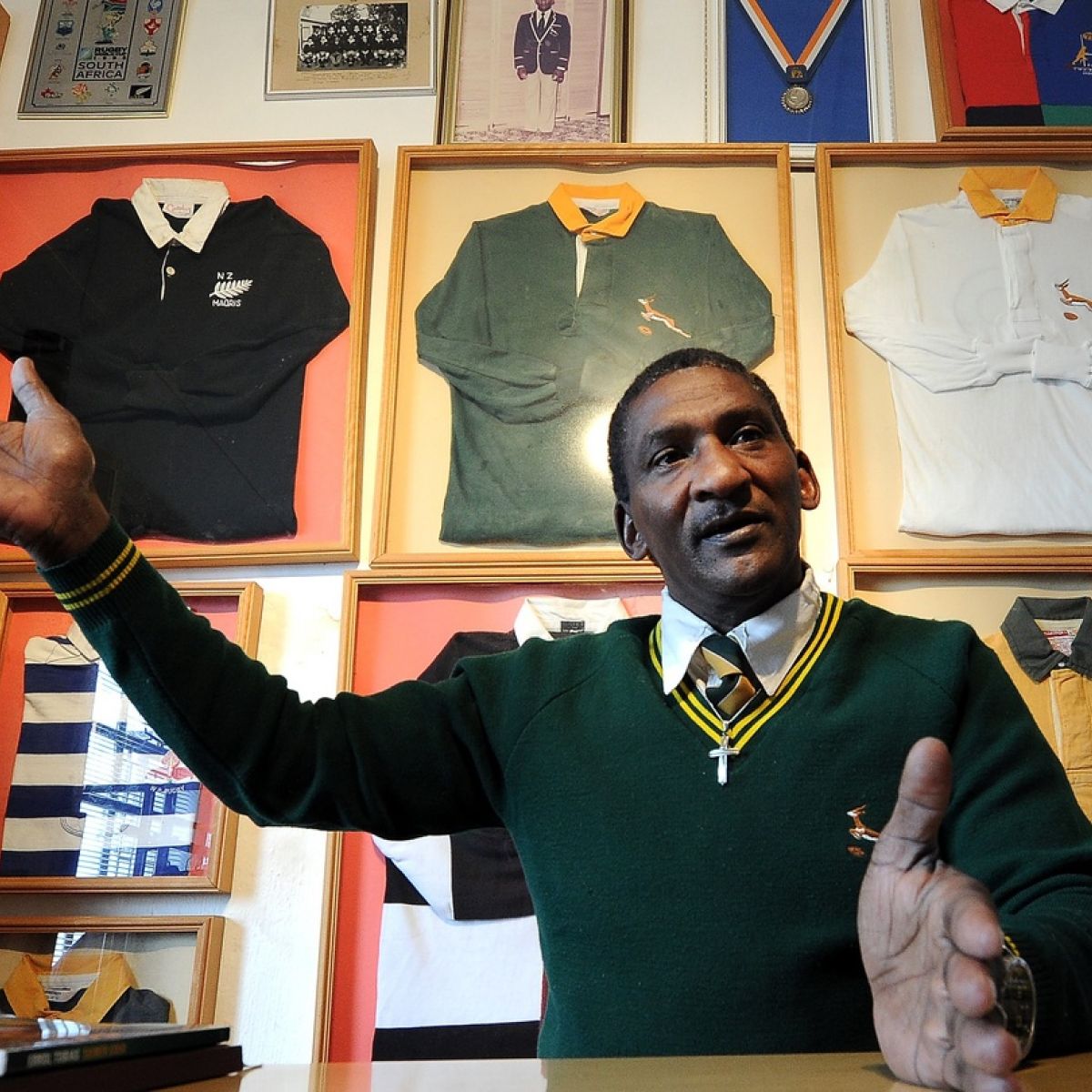 Tobias’ story is one of South Africa’s greatest – a true testament to the human spirit and to the potential of courage and determination in a willing vessel. He still resides in Caledon (in a poetic turn of events, he was elected mayor there in 1995) surrounded by friends and family. Just as he has never forgotten where he comes from, his country - and the world - will never forget the hope he brought to so many.