The New Look France: The new faces in the squad

The new year saw change in France as Fabien Galthie took over the head coaching role and brought in the likes of Shaun Edwards in to assist him and bring new life to Les Bleus after a disappointing Rugby World Cup which saw them crash out of the competition in the quarter-finals.

Galthie has overseen the resurgence of French rugby, breathing a new life into the side while blooding a number of fresh young players in the squad while also maintaining a relatively unchanged side for most of the year.

The former French scrumhalf record as the France head coach reads 6 wins and one loss, with that single loss coming at the hands of Scotland after a red card in the 36th minute spoiled France's chances.

Antoine Dupont and Romain Ntamack have been star performer for France in 2020 with the latter missing just one game, the clash against Scotland this past weekend, as too have others such as Gael Fickou, Virimi Vakatawa, Bernard Le Roux, Gregory Alldritt and captain Charles Ollivon.

However, France head into their final two tests this Autumn with almost an entirely different squad to what we have seen so far in 2020. From the matchday 23 that took the field against Scotland this weekend just flyhalves Matthieu Jalibert, Louis Carbonel and  Teddy Thomas have remained in the squad to face Italy this coming weekend. The reasoning for this was a deal struck between the LNR, the governing body of the TOP14, and the French National side that players would be able to play just three games this test window. The likes of Ollivon, Alldritt, Dupont, Fickou and others have all reached that limit which has seen a complete overhaul of the squad for the final two tests.

We take a run through the squad:

One again, Galthie has entrusted youth with 14 of the 31 players selected having previously represented the national side with other 17 all uncapped. Tighthead prop Uini Atonio is the most capped forward in the squad with 32 test caps with 26-year-old and 38 test cap scrumhalf Baptiste Serin the most capped player. Fullback Brice Dulin and winger Teddy Thomas are the only two other players with more than 20 test caps. 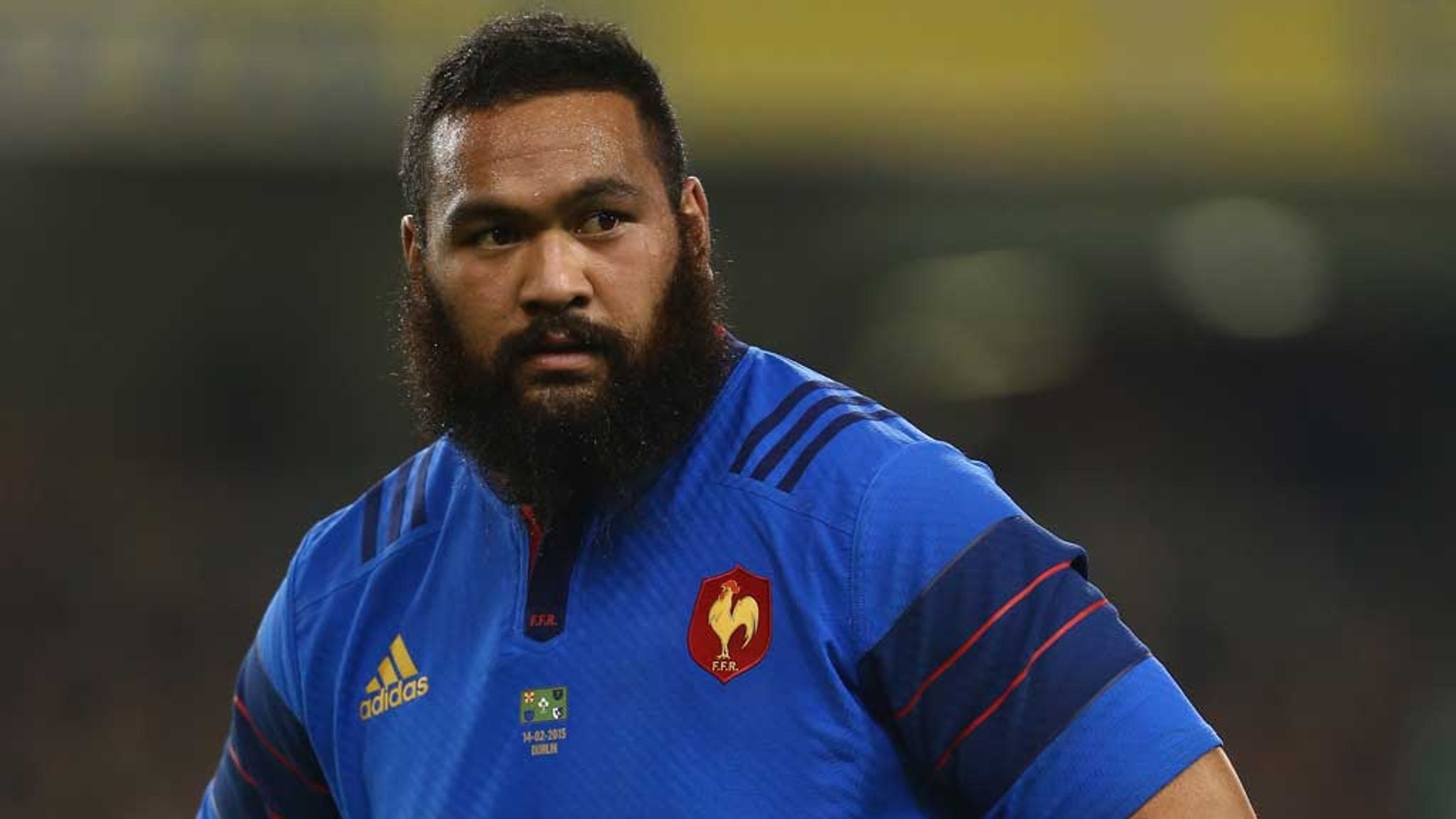 4 test cap prop Dorian Aldegheri joins Uini Atonio as the only other capped prop in the squad with one of the two likely to start the test against Italy at tighthead while the impressive Ali Oz from Racing 92 could well be in the mix. New Zealand born Atonio is a mountain of a man weighing in at 145kgs and standing 1.96m tall. Dorian Aldegheri played in four of France's 2019 Six Nations matches but missed out of the World Cup through injury and was named in France's squad for this year's Six Nations before injury struck again. Racing's Ali Oz has been in fantastic form for the Parisian club this season with his work at the breakdown a particularly strong point especially in the Champions Cup playoffs.

Moving to the other side of the scrum, Galthie has looked to keep some combinations with Rodrigue Neti joining his Toulouse teammate Dorian Aldegheri in the Les Bleus squad while Hassane Kolingar joins his Racing 92 teammate Oz. 22-year-old Kolingar is on the lighter side of his fellow front rowers weighing in at 115kgs but like Oz, his mobility around the pitch and work at the breakdown is a highlight of his game. 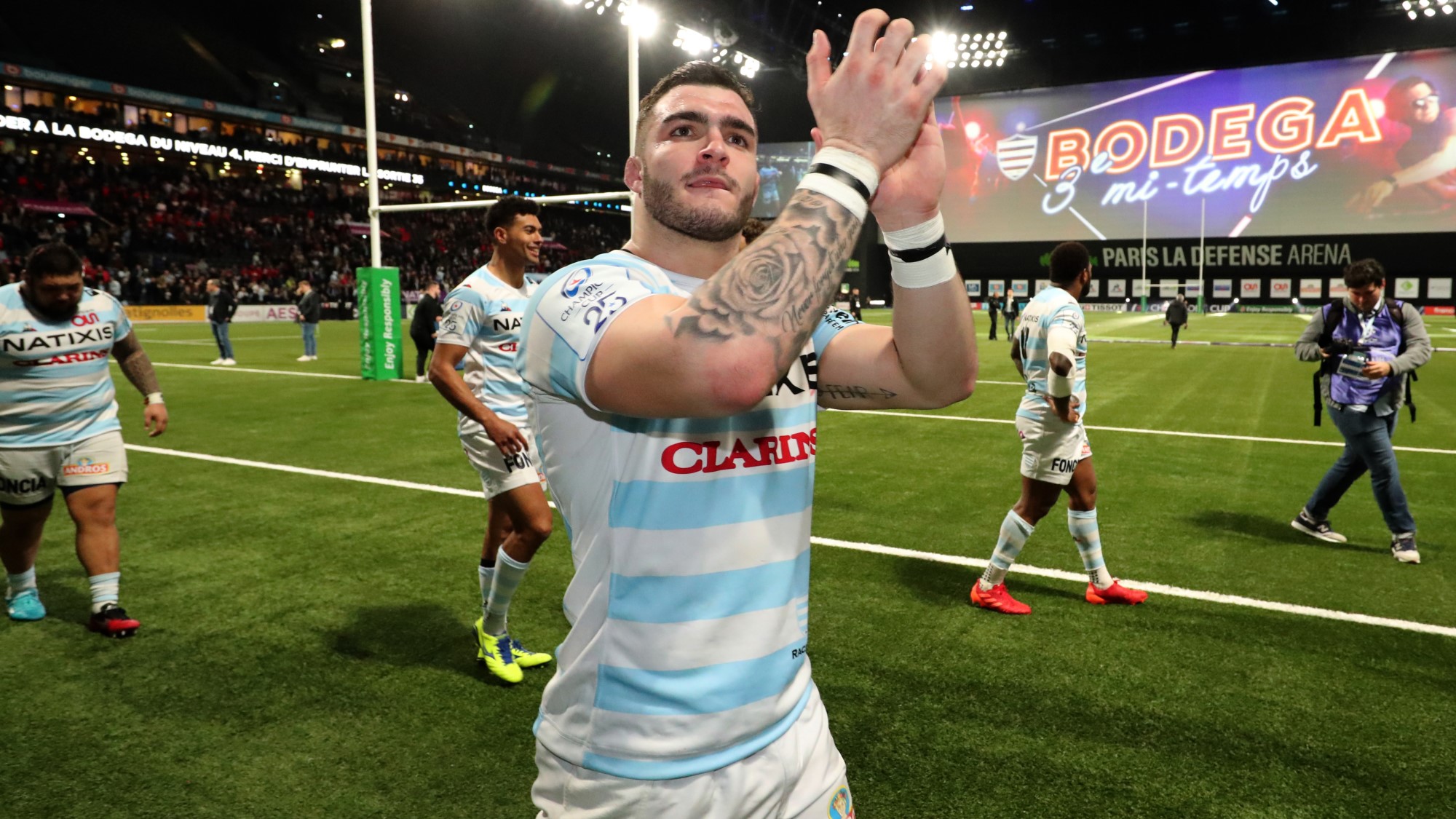 Toulouse hooker Peato Mauvaka replaces his clubmate Julian Marchand in the French squad. The 23-year-old rake has regularly been on the fringe of the test squad and is often called into the squad as an injury replacement. He was a member of the French Rugby World Cup squad replacing the injured Anthony Etrillard and featured in three Six Nations games earlier this year.

Teddy Baubigny completes a full Racing 92 front row in the French squad as he comes in for Camile Chat. Baubigny is another player who has been on the fringe of the French squad but hasn't quite broken through despite playing most of his games via the bench for Racing 92. Baubigny has a very similar game to Chat with an excellent set-piece and high work rate with his carries being a real strength of his game.

La Rochelle's Pierre Bourgarit returns to the French squad having earned his test debut in 2018 and added another cap during the 2019 Six Nations. At 23, Bourgarit is the starting hooker at La Rochelle is known for his dynamic ball carrying and tremendous speed for a front-rower. Back in 2018, he scored this try against Toulon. 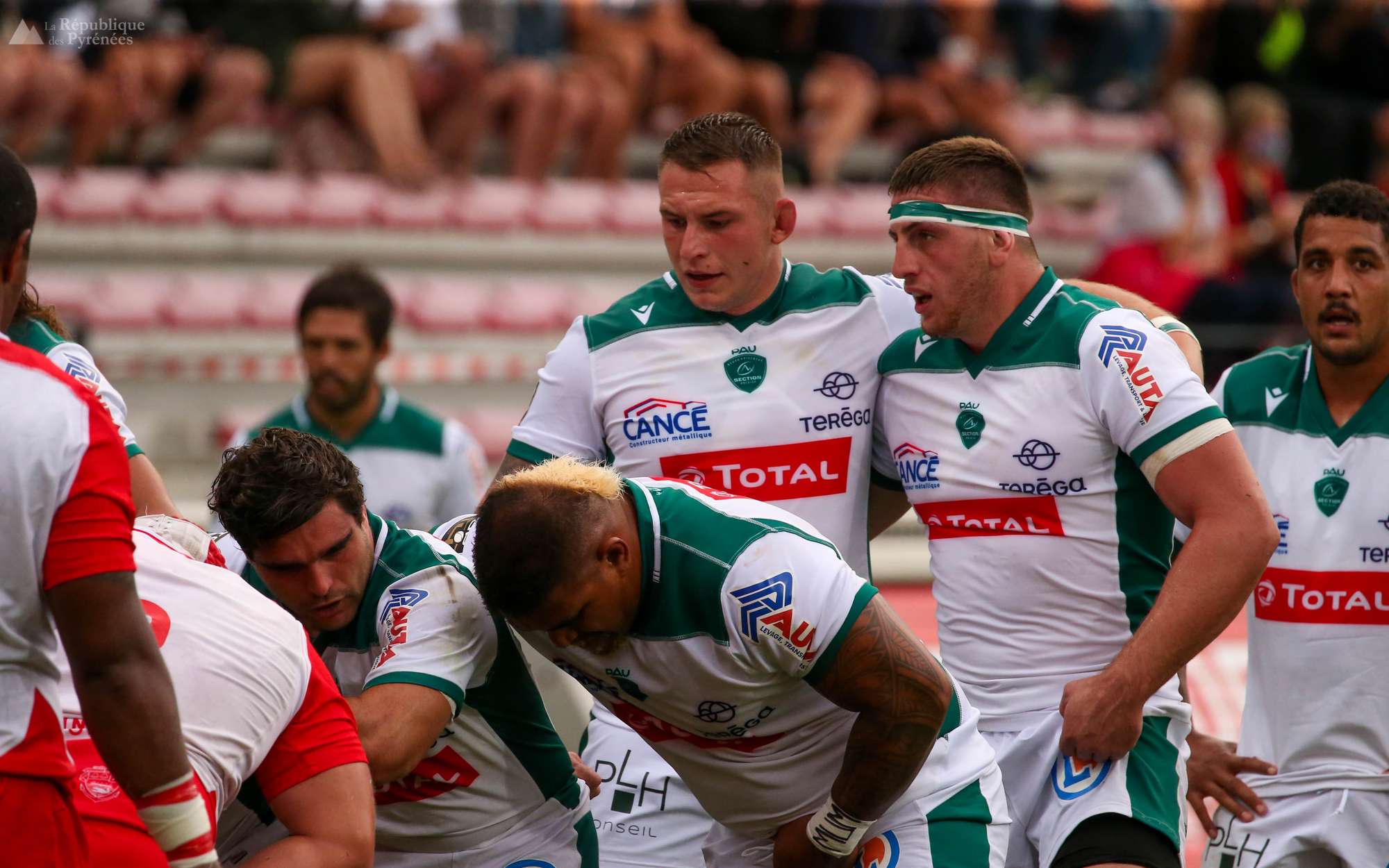 25-year-old Swan Rebbadj is the eldest of the four second-rowers but has recently been putting in big shifts for Toulon. In 2017, he was selected for the French Barbarians side that went to South Africa to play SA A.

Bordeaux's Cyril Cazeaux was one of Bordeaux's top performers last season as they topped the TOP14 table before the season was abandoned. Pau's Baptiste Pesenti, like the other four second rowers, is a former French u20 who is also capable of playing on the side of the scrum.

Lyon's Killian Geraci is another returnee to the France Six Nations squad having been called into the Six Nations' squad at the beginning of the year. Another former u20, Geraci is an abrasive second-rower who has been at the heart of Lyon's pack dominance in the TOP14. 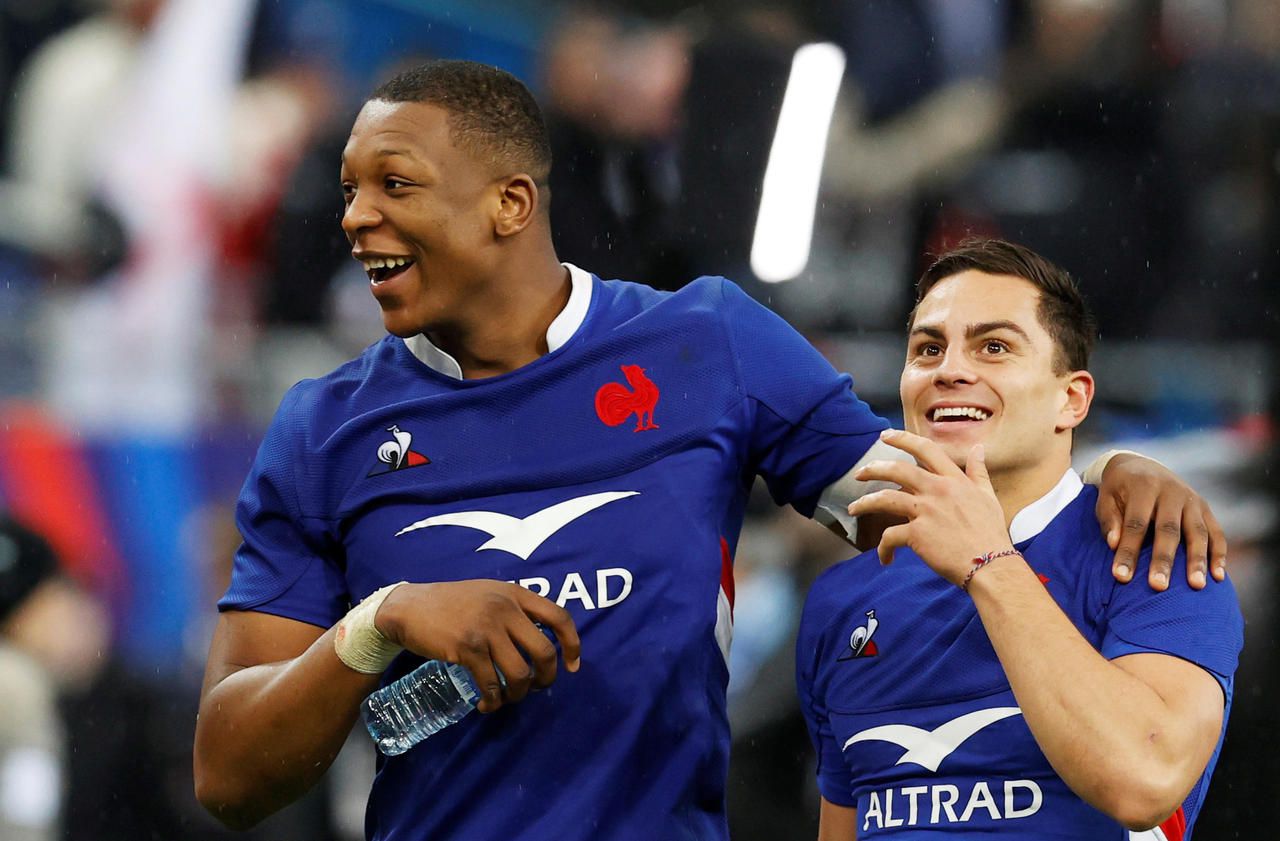 17 test cap flanker Yacouba Camara had a great opportunity to stake a claim for a starting jumper in the upcoming tests however the abrasive flanker has been ruled out and replaced in the squad by the surprising inclusion of Sacha Zeguer from PROD2 side Oyonnax.

While Zeguer's inclusion is a surprise, he is another former u20 who had success with junior side. Zeguer is joined in the back row department by the hugely impressive Anthony Jelonch from Castres. Jelonch is the likeliest replacement for Charles Ollivon in the #7 jersey. A tough customer with the ball in hand and an astute defender. Where Jelonch really backs Ollivon is in his ability at the lineout where both players thrive.

The inform and highly rated Sekou Macalou also rejoins the France squad and will look to add to his single test cap which came in the draw against Japan in 2017. Still only 25, Macalou will hope to get a chance to show his talents with ball in hand and looks to have developed into a more rounded player in recent times.

Fabien Sanconnie makes his return to the French squad and provides Galthie with some versatility. The Racing 92 back rower has been tipped by Bernard Le Roux to feature in the second row for France by may well find himself at no.8 for the side with no recognised no.8 in the squad to replace Gregory Alldritt.

Cameron Woki has been recalled to the squad after he missed the final round of the Six Nations and the test against Wales due to a COVID-19. Woki is very much the future of French rugby having come through the Massy Academy with the towering 22-year-old flanker already impressing in just his two appearances via the bench. 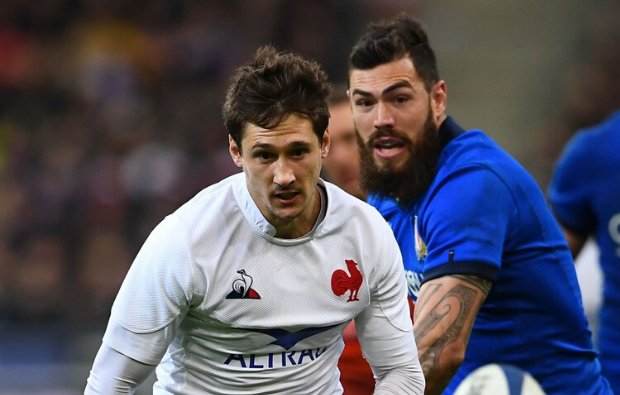 As mentioned before Baptiste Serin has been retained in the squad and is likely to start both test for France. He gets a rare chance to prove himself in the absence of Antoine Dupont. The excellent Baptiste Couilloud was an unused replacement against Scotland and will back Serin up on the bench. Couilloud has three test caps to his name and is another in the long line of quality scrumhalves in French rugby.

Matthieu Jalibert has spent most of 2020 behind Romain Ntamack and will get yet another chance to make a run for the starting jersey. Jalibert suffered an injury in test debut against Ireland in 2018 and took some time to recover before enjoying a rich run of form with Bordeaux. He was trusted with the starting jersey against Scotland last weekend and despite a few shakey moments he is likely to get more time in the starting line up. Linking up with his former clubmate Serin may well help Jalibert settle while Serin's current clubmate Louis Carbonel bites at his heels for an opportunity.

Carbonel was a driving force in the success of the French u20s and has regularly produced for Toulon since. Despite being yet to be capped, if he does get onto the pitch he is unlikely to disappoint. 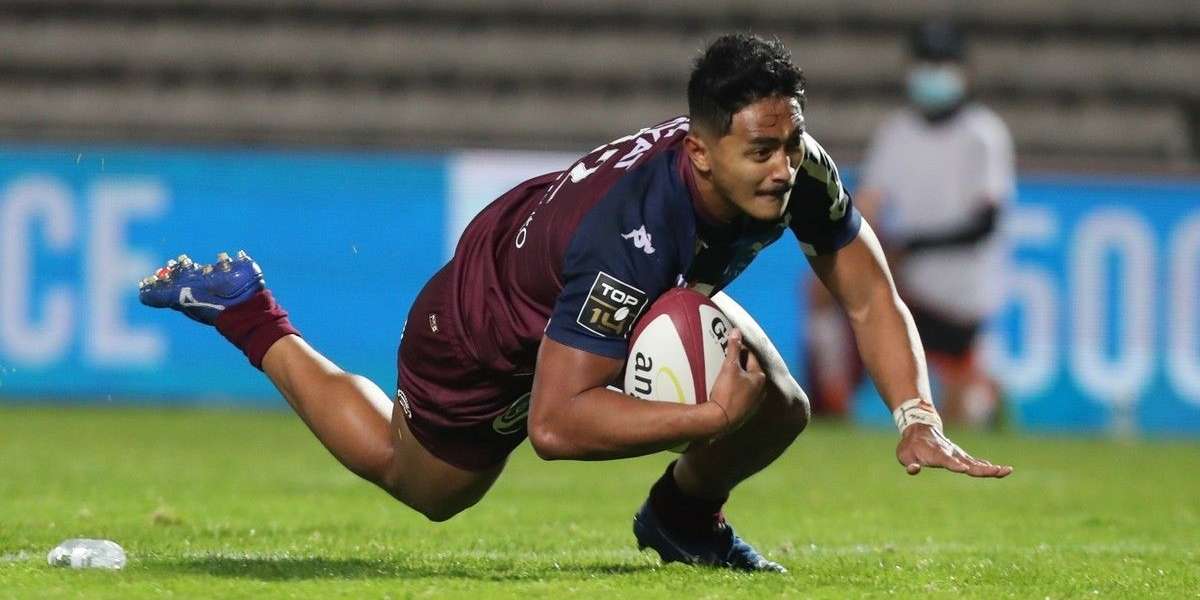 Replacing Virmi Vakatawa in the starting line up is going to be a tough ask for Galthie but he has included some inform players from the TOP14 who may well make the set up with ease. Jean-Pascal Barraque has been in scintillating form for Clermont and is one of the older players included at the age of 29.

Four test cap centre Jonathan Danty has been similarly excellent for Stade Francais in recent rounds of the TOP14 and has been called in to replace the injured Julien Delbouis.

20-year-old Yoram Moefana has been excellent form for Bordeaux at the start of this season scoring four tries in six appearances for the side. Moefana was a regular starter for the French u20s earlier this year featuring at both inside and outside centre for the side while he has also appeared on the wing for Bordeaux.

Vakatawa's centre partner at Racing 92 Olivier Klermenczak also earns a call up to the squad. Klermenczak has shared the starting 12 jersey at Racing 92 with Kurtley Beale and Henry Chavancy while he has turned out often on the wing. A strong ball carrier and excellent defender, Klermenczak is likely to feature in the starting XV. 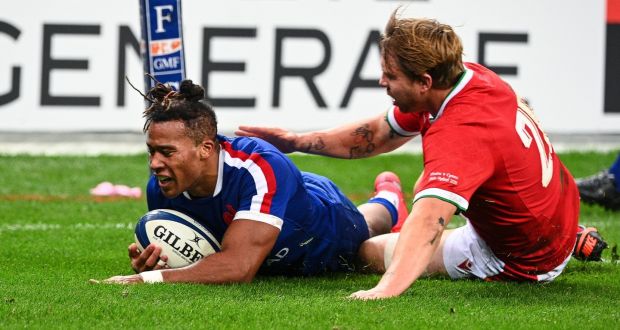 One of the biggest talking points of the new French squad is the return of the powerful and exciting Alivereti Raka who fell out of favour after the Rugby World Cup in Japan. Raka has represented France on four occasions and will bring massive ball carries to the backline and a keen eye for the try line.

Teddy Thomas is the final member of the Six Nations squad who has been retained and he is joined by the exciting talents of Mathis Lebel, Gabin Villiere and Gervais Corbin.

Lebel has been a standout for Toulouse with his fleet foot work leaving defences grasping at air. Toulon's Gabin Villiere has been in similarly excellent form on the wing for Toulon.

Gervais Cordin provides Galthei with another option at fullback. Cordin caught the eye in 2017 when he scored this wonder try for Grenoble before making the switch to Toulon where he has had to battle with a few injury set backs before getting back to his best.

We could see some of this in the Six Nations ⚡️

Toulon's Gervais Cordin is going to be good to watch 🔥pic.twitter.com/VM4c5llMdQ

Finally, the squad is rounded out by the solid Brice Dulin. Dulin fell out of favour at Racing 92 following the arrival of Kurtley Beale and the form of Simon Zebo and signed for La Rochelle ahead of the 2020/21 season.

The 30-year-old is a solid presence at the back with a solid boot.