The resumption of the Premiership sees it kick off at The Stoop with Harlequins hosting Sale Sharks.

The last time the two teams met was in Round 8 with the contest ending heavily in Sale’s favour, the latter downing Quins 48-10.

As things stand, Sale are in a strong position - sitting in 2nd spot - while Quins are languishing around the mid-table, having won only five of their thirteen outings, drawing one and losing seven.

Sale have been riding a vibrant wave, living well off the skills of a formidable forward pack and a crafty backline in a team with a distinctly South African flavour. They have emerged victorious in eight of their thirteen outings.

There is also an exciting development of Chris Aston taking on his former employers having left for the Stoop shortly before the season was brought to a halt.

Perhaps the most exciting recent development in the Sale camp has been the acquisition of England international Manu Tuilagi who will beef up their midfield, bringing with him an array of skill and experience as well.


Whereas last time the game was held in Sale’s backyard, this time Quins will enjoy home-ground advantage – a luxury they will be looking to utilise fully, as Sale have had their number in recent times;

While the average betting man would have his money firmly on Sale, there is no telling what kind of effect the hiatus will have had on both teams who will be starved of match practice.

Mike Brown and Nathan Earle will return to Harlequins' matchday squad together for the time in 489 days when they run out against Sale Sharks at The Stoop on Friday.

Debutant wing Chris Ashton joins Brown and Earle in a side restored of key names as the Premiership returns for the first time since March 8, with centre Joe Marchant returning to the Quartered jersey for the first time this year, having joined New Zealand Super Rugby side the Blues mid-season.

Off the bench Harlequins will unleash the first of the Club’s summer signings, with scrum-half Scott Steele donning the 22 jersey as Head of Rugby Paul Gustard opts for a 6-2 split on the bench.

Commenting ahead of the Premiership’s return at The Stoop, Gustard said: “We are delighted to be hosting the first match of the restarted Gallagher Premiership at The Stoop.

“It has been a long five months without the sport we love and we are delighted to have the privilege of kicking off the competition once more.

“It has been an unusual mid-season pre-season with limitations and moderations, but the time has also allowed us to regain a healthy squad, with injuries hampering our progress and continuity in the first half of the season.

“Sale are a dangerous team with a host of international players and they will always be a tough test. We respect them and are well aware of the humbling we took at the AJ Bell earlier in the campaign. We need to make sure we play with urgency and intent and deliver a performance our friends, family, fans and our Club can be proud of. We can’t wait.”

Manu Tuilagi and Sam Hill are set to make their Sale Sharks debuts in a squad that contains four World Cup finalists as #RugbyReturns tomorrow night at the Twickenham Stoop – Live on BT Sport 2 Kick-Off 7:45pm

Sale Sharks Director of Rugby Steve Diamond has named the 23-man squad that will travel south to face Harlequins tomorrow evening in the highly anticipated return of the Gallagher Premiership.

Diamond names new signings Manu Tuilagi and Sam Hill in the starting line up alongside World Cup winner Lood de Jager, who will make his full club debut at the Stoop on Friday Night.

Coenie Oosthuizen, Akker van der Merwe and Will-Griff John make up a heavyweight Sharks front row for the trip to Twickenham, with an all-South African combination of Jean-Luc du Preez and Lood de Jager providing power and experience behind them.

Club Captain Jono Ross resumes his usual position at blindside flanker and is joined in a powerful back-row by internationals Tom Curry and Daniel du Preez.

World Cup winner Faf de Klerk makes his first start for the club since January, after recovering from a knee strain and will form a familiar partnership with Rob du Preez as the Sharks kick things off in London on Friday night.

New signings Sam Hill and Manu Tuilagi are named together for the first time in a powerful midfield and have an experienced back three of Byron McGuigan, Marland Yarde and Simon Hammersley outside them.

Sharks Director of Rugby Steve Diamond was excited to back to action during his midweek media session, speaking ahead of the game, he said: “It’s fantastic to finally be back into the premiership, we have trained for a long time now and I think everyone at the club is chomping at the bit to get the season started again. I’m sure it will be a great occasion on Friday as we get things underway against Quins, ‘Gussy’ [Paul Gustard] has a full squad to select from this time around, which is a stark contrast to when they visited us in January, so we will have to be firing on all cylinders to have a chance of pulling off a result away from home.” 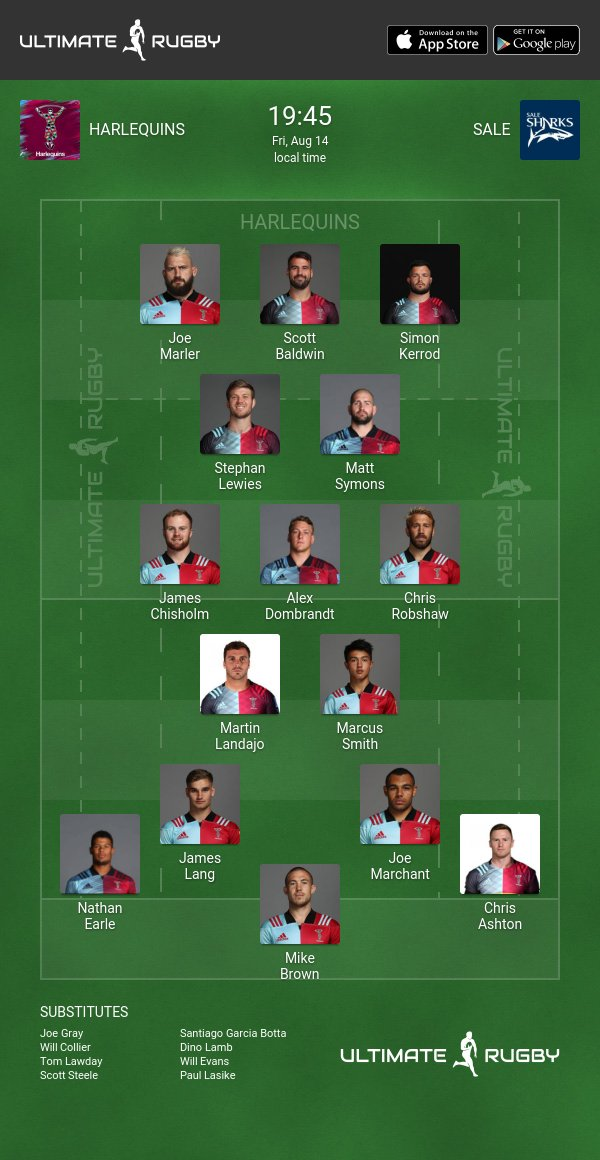 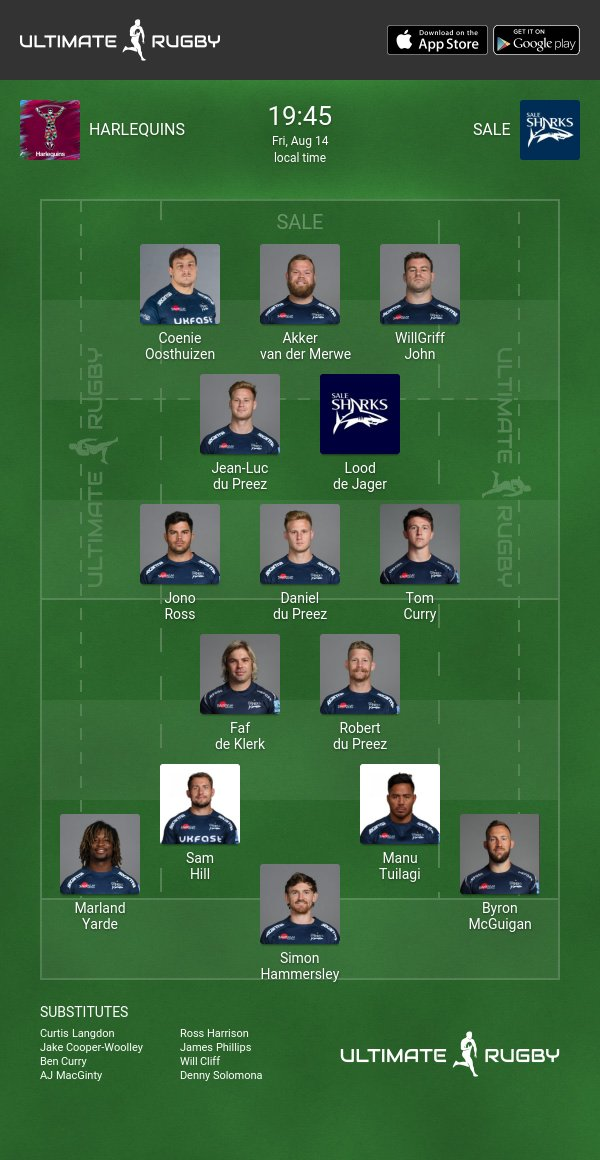