In 2009, Japan hosted the u20 Junior World Championship with 43 players who were involved in that 2009 tournament returning to Japan a decade later to play in the senior men's World Cup.

The likes of Tomas Cubelli, Nahuel Tetaz Chaparro and Joaquin Tuculet all represented the u20s in 2009 and went to the Rugby World Cup a decade later while Joaquin Diaz Bonilla came incredibly close to making the final squad.

Kurtley Beale returned for a second stint at under 20 level but an injury stopped him from completing the competition. He was replaced by Peter Betham who also featured in 2008 and would go on to play for the Wallabies.

Meanwhile, the likes of Rob Simmons, Dane Haylett-Petty, James Slipper, Matt Toomua and Nic White would all join Beale at the Rugby World Cup in Japan in 2019.

Conor Trainor would go onto represent Canada in Japan while Connor Braid and Brett Beukeboom both have represented the senior men's side.

A talented group of Englishman reached the final for a second year running but again suffered defeat at the hands of the Junior All Blacks.

The likes of Calum Clark, Rob Miller, Courtney Lawes, Charlie Sharples and Ben Youngs all returned for a second year of u20s rugby.

While Clark, Carl Fearns, Jamie George, Ben Youngs, Courtney Lawes, Charlie Sharples, Joe Marler and Ben Moon all going on to represent England at the highest level with George, Youngs, Lawes and Marler going to the World Cup in Japan and all featured in the final.

Kini Murimurivalu returned for a second year of u20s rugby and captained the side that also featured scrum-halves Niko Matawalu and Henry Seniloli were both in the squad as too was Noa Nakaitaci who has carved out a club career in France.

Finally front-rower, Manasa Saulo joined Murimurivalu, Matawalu and Seniloli in making the trip to Japan for the u20s and World Cup.

Coached by Phillipe Sella, France had a particularly good crop of forwards with Wenceslas Lauret, Loann Goujon, Rabah Slimani and Alexandre Lapandry all going on to play for Les Bleus.

Djibril Camara, Benjamin Fall, Geoffrey Doumayrou and Rémi Lamerat formed an impressive backline that would all go on to play for Les Bleus  .

The pack also had the likes of Antoine Tichit and Jean Charles Orioli in their ranks.

Jack McGrath missed out on a place in the Ireland squad for the 2019 Rugby World Cup but did tour with the Lions two years before and in 2009 he was joined by fellow future Lions in Conor Murray and Peter O'Mahony.

Rhys Ruddock and his brother Ciaran both played for the u20s in 2019 as too did Dominic Ryan, Matthew Healy, David Kearney, Paddy McAllister and Ian McKinley, with Ciaran the only one of the names mention that didn't go onto play for Ireland.

Ian Madigan also formed part of the side but who go on to play test rugby for Italy and also played at the Rugby World Cup in Japan with Ruddock, Kearney, Murray and  O'Mahony making the trip with Ireland.

Finally, the late, Nevin Spence was also part of the Ireland side in 2009.

Second rower Josh Furno and Edoardo Gori played for Italy in 2009 and would go onto play at test level with his fellow teammates Tommaso Benvenuti and Andrea Lovotti going to the Rugby World Cup in Japan with the national side.

Ryuhei Arita and Harumichi Tatekawa would both play for Japan later in their career but the big name to come from the 2009 squad was Keita Inagaki who starred at the Rugby World Cup for Japan. 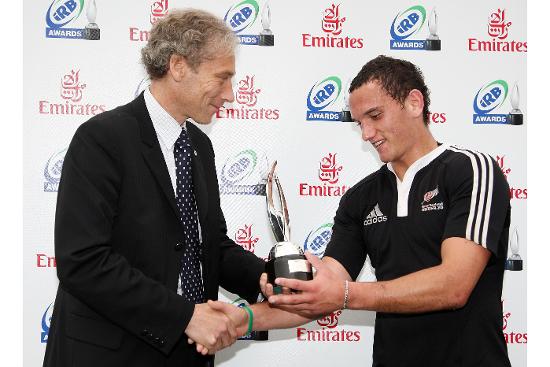 A stacked New Zealand side went back to back beating England in the final in Japan in 2009.

Aaron Cruden ran the show and won the U20 Player of the Year Award while the likes of Elliot Dixon, Zac Guildford and Tom Taylor would also go on to play in the famed black jersey later in their careers.

The side also included the likes of Brendon O'Connor, enjoyed a fine spell in England and Robbie Robinson who won Super Rugby with the Chiefs.

The side also featured Ken Pisi, Winston Stanley, Daniel Faleafa, Nafi Tuitavake and Ma’afu Fia who all went on to play for other test sides later in their careers.

Ma’afu Fia, Latu Talakai, Daniel Faleafa and Nafi Tuitavake all went to the Rugby World Cup in Japan with Tonga.

Viliamu Afatia would go onto represent Samoa at test level and has enjoyed a long career in France but the big name to come from the side is that of Uini Atonio. The MASSIVE Tongan went onto play for France at test level and still turns out for La Rochelle.

Tom Brown went on to play Sevens for Scotland with Riche Gray, Rob Harley and Alex Dunbar also featuring for the side.

South Africa
The Ebersohn twins returned for a second stint of under 20s with future Springbok tighthead props Coenie Oosthuizen and Julian Redelinghuys making the side.
Springbok scrumhalf Rudy Paige would go onto to make his test debut at the 2015 Rugby World Cup while the likes of Clayton Blommetjies, Marnus Schoeman, Kyle Cooper, Johann Sadie, Gerhard van den Heever, Jandre Marais and Lionel Cronje have shown promise and pushed for a test debut but are all still uncapped.
Scrumhalf Ross Cronje was a favourite of former Springbok coach Allister Coetzee but fell out of the squad under Rassie Erasmus while Rynhardt Elstadt made his test debut for the Springboks last year and also narrowly missed out on a place in the Rugby World Cup squad.
Former Scarlets lock David Bulbring qualified for Wales through residency but left the side before ever being called up into the squad.
Finally back-rower, CJ Stander made his u20s debut for South Africa and would go to captain the side before joining Munster and going onto play for both Ireland and the British and Irish Lions while making the Irish World Cup squad.

Leva Fifita and Samisoni Halanukunuka would both go to represent Tonga at the 2019 Rugby World Cup while Amanaki Mafi featured for Japan.

George Moala went on to play for the All Blacks and now features in the TOP14 for Clermont while Willis Halaholo was set to make his debut for Wales before his injury ahead of the Six Nations.

Liaki Moli went on to play for the Blues before signing for the Sunwolves.

Juan Manuel Gaminara captained Uruguay in what still is their only appearance at the u20 World Championship and was joined by Diego Magno, Juan Diego Ormaechea and Gaston Mieres who all went to the World Cup in Japan ten years later with Gaminara also leading his country in the famous win over Fiji.