Due to adverse weather conditions, a number of this weekend's games have already been called off and others may follow. The following games have been postponed:

Match Postponed | Edinburgh v Munster has been postponed until the weekend of March 16/17/18 due to severe weather warnings that remain in place across the UK and Ireland. #EDIvMUN

"The severe weather currently being experienced in the UK and Ireland combined to the further inclement conditions forecast for tomorrow night, means that those travelling to BT Murrayfield would likely be exposed to hazardous conditions which raises welfare concerns," said a statement confirming the postponed clash between Edinburgh Rugby and Munster Rugby. Full story 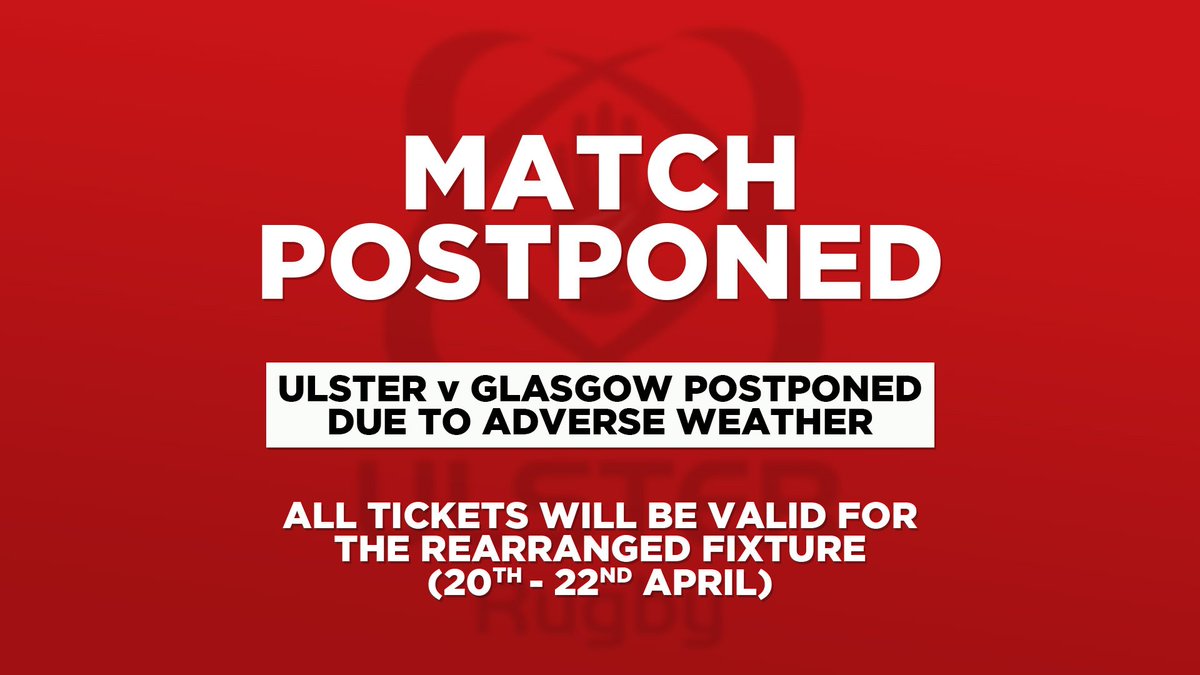 This Friday's Round 17 fixture between Ulster Rugby and Glasgow Warriors has been postponed until the weekend of 20th-22nd April. 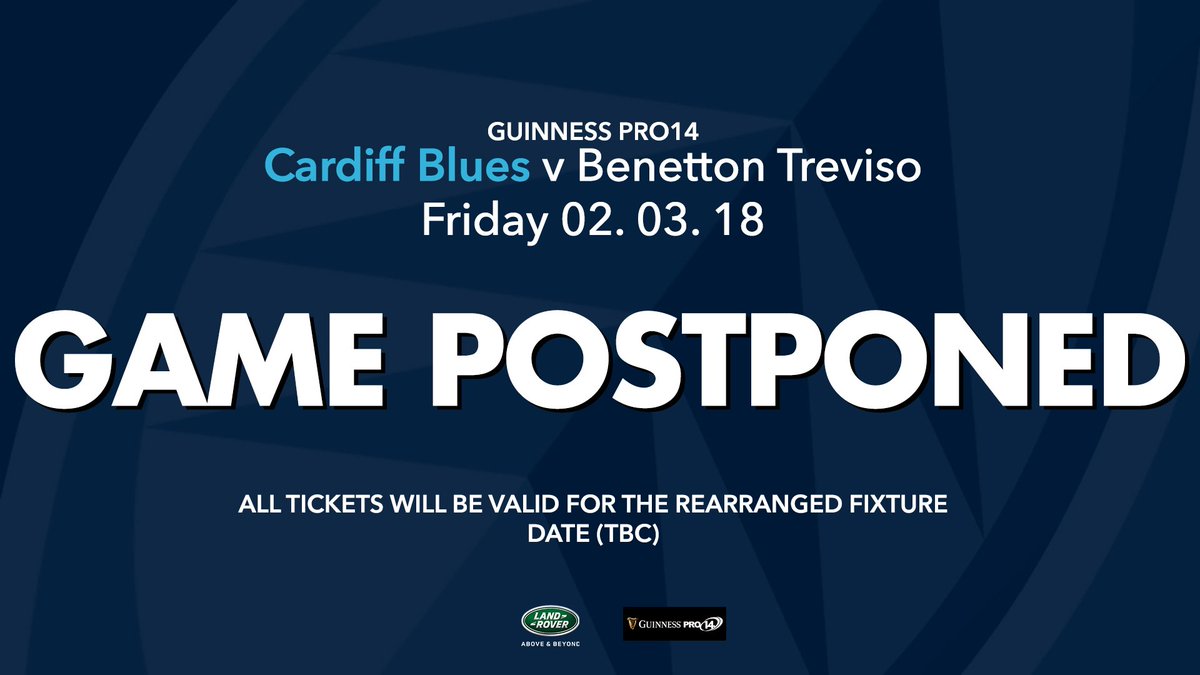 Cardiff Blues have confirmed that Friday’s PRO14 Round 17 clash against Benetton Rugby has also been postponed, with the postponed date to be confirmed. Full story

PRO14 Rugby has confirmed that Leinster Rugby’s Guinness PRO14 Round 17 fixture against Scarlets, scheduled to take place on Saturday, 3rd March, at Parc y Scarlets (KO 3.15pm), has been postponed.

The decision was made after consultation among PRO14 Rugby, Scarlets and Leinster due to severe weather warnings that remain in place across Ireland, the UK, and Europe.

Due to the extreme weather and the snow and ice warning in Ireland, Dublin Airport is experiencing widespread disruption which will prevent Leinster from travelling to Wales. Details for the rearranged fixture will be announced in due course.

The Ulster Bank League fixtures planned for this weekend have also been postponed.

IRFU confirms that all Ulster Bank League fixtures planned for this weekend have been postponed.